Drivers In Richfield Get Rewarded For Switching To E15 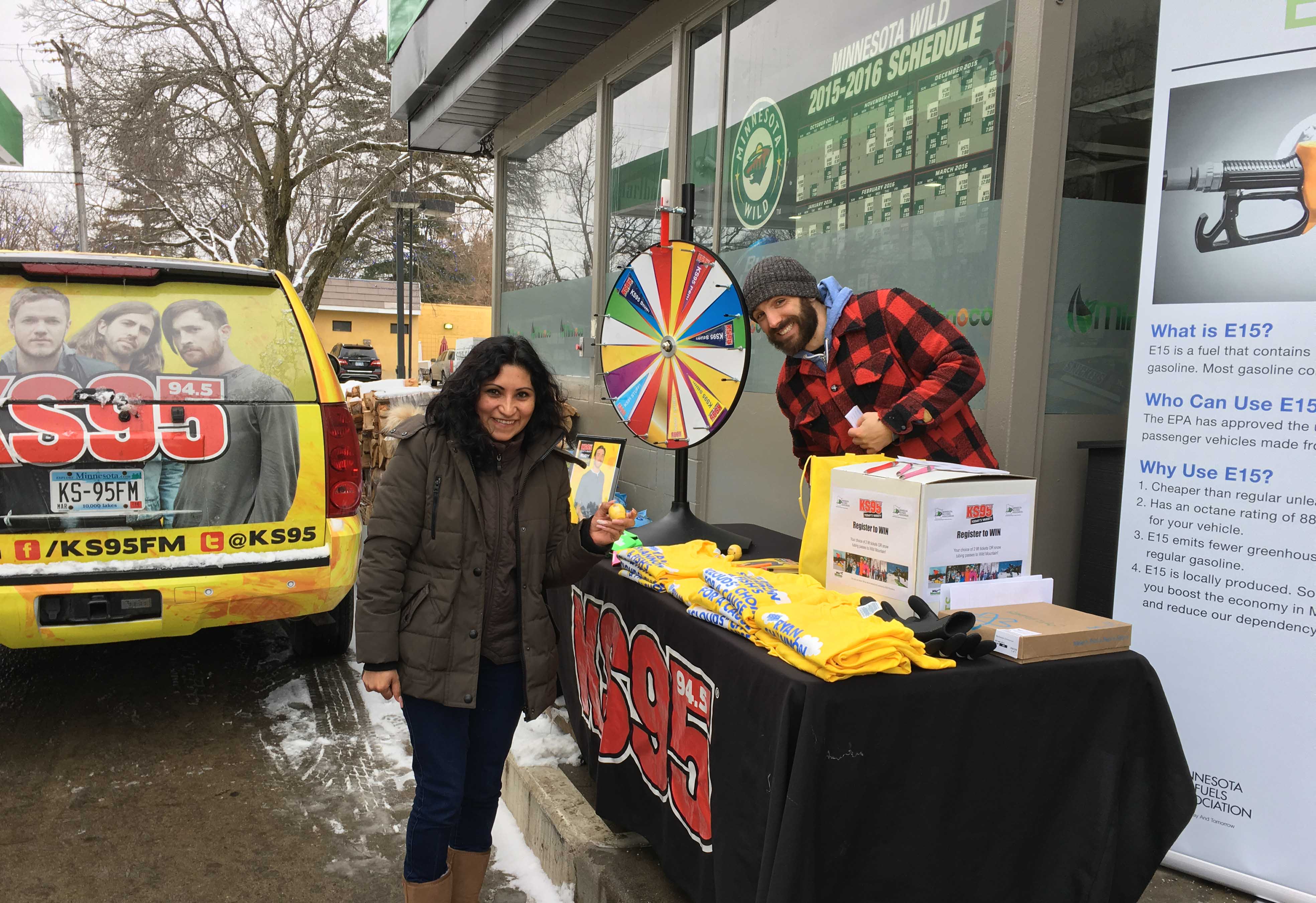 Among the prizes included $25 in cash, passes to Wild Mountain as well as KS95-branded merchandise. KS95 executive producer and personality, Rudy Pavich, was on site with MBA staff to educate customers on the benefits of using E15 and hand out prizes.

Today's event is the second time MBA and KS95 have teamed up to reward drivers who use E15. Last month, MBA and KS95 rewarded customers at Highland Service Minnoco in St Paul.

"This is the second consecutive month where we have gone out to a station with our partners at KS95 FM to speak with and educate consumers on the benefits of using E15. Once consumers understood that E15 has a high octane rating, is good for the environment, boosts Minnesota's economy, makes us more energy independent and is cheaper than regular unleaded, they switched to E15," said Tim Rudnicki, executive director at MBA.

Richfield Minnoco is one of 16 stations that offer E15 in the Twin Cities. The number of stations in the metro and the rest of the state is expected to significantly increase this year following the availability of $16 million in grant funding from the United States Department of Revenue (USDA), the Minnesota Department of Agriculture, state biofuel producers and industry coalition partners.

The funds will be used to install or retrofit 620 pumps to dispense fuels like E15 and E85 at 165 stations in the state. 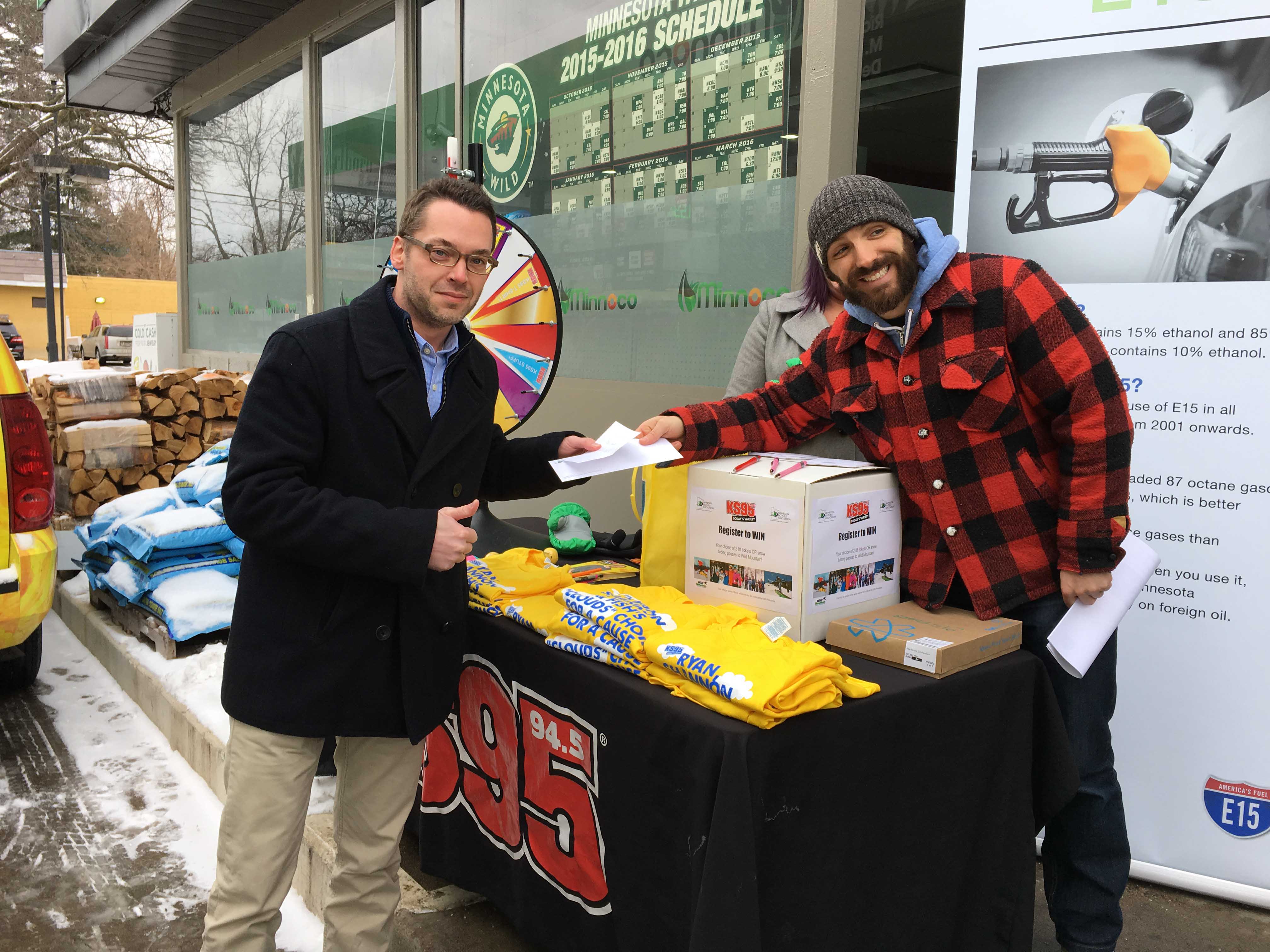