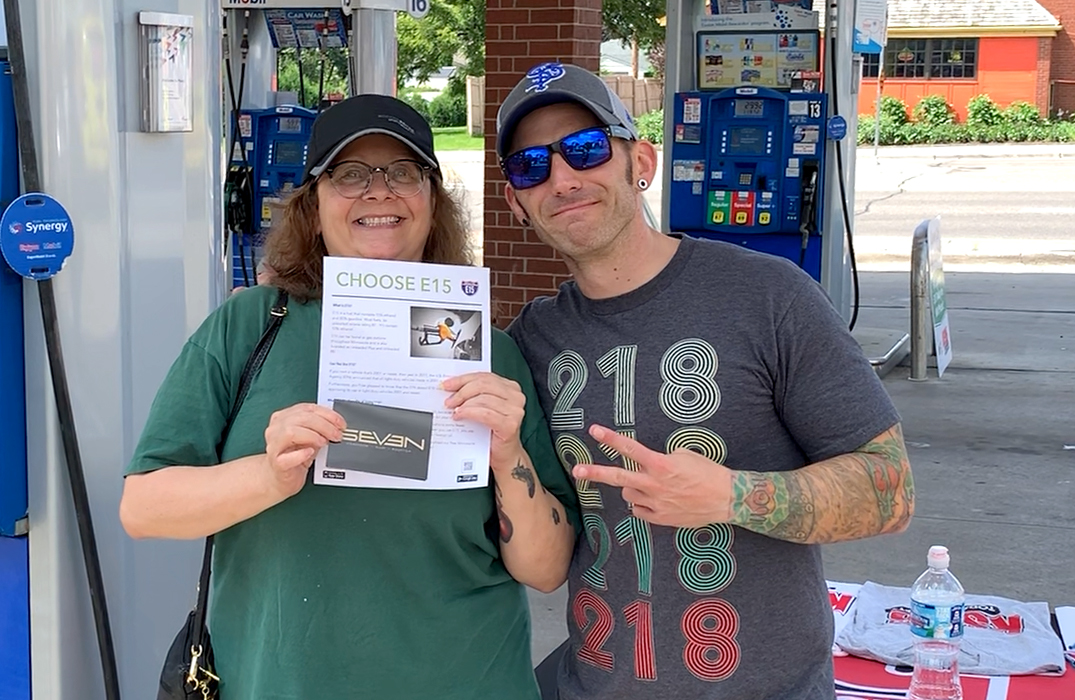 As a bonus, drivers who chose E15 during the hour-long promotion from 12 pm to 1 pm were rewarded with prizes that included tickets to the MN Twins, St Paul Saints, $20 in cash, tickets to the Crayola Experience at the Mall of America, gift cards to Seven Steakhouse, gift cards to Applebee’s and KS95 merchandise.

Today’s promotion was the ninth time MN Biofuels and KS95 have teamed up this year at a fuel station in the Twin Cities metro this year to educate drivers on the benefits of using E15.

“Today’s event was the fourth E15 promotion we’ve organized this summer. More miles are driven in the summer and with the summertime Reid Vapor Pressure (RVP) ban on E15 over, these events are a unique opportunity for us to talk to drivers about the benefits of using E15,” Rudnicki said.