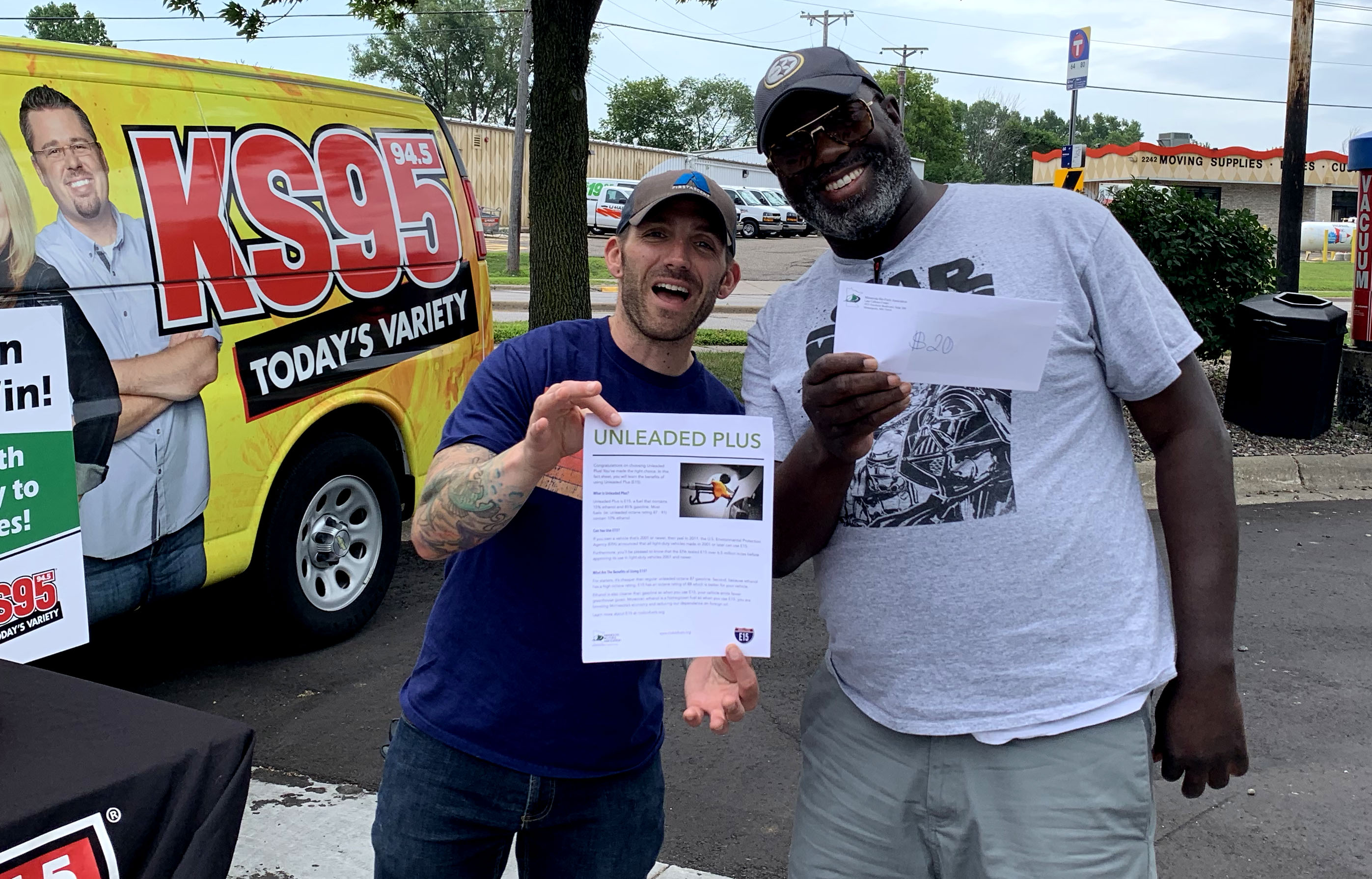 During the hour-long promotion from 12 pm to 1 pm, over 20 drivers who fueled up with E15 were rewarded with prizes that included tickets to the Minnesota Twins, St Paul Saints, $20 in cash, gift certificates to Applebee’s, gift certificates to Herbie’s on the Park, Valley Fair passes and KS95 merchandise.

“Today’s event was a good opportunity for us to educate consumers in Maplewood on how they can save at the pump with E15 while reducing greenhouse gas emissions from their vehicles,” said Tim Rudnicki, executive director of MN Biofuels.

The event at Fleming’s Minnoco is the eight time both MN Biofuels and KS95 have teamed up at a fuel station in the Twin Cities metro this year to educate drivers on the benefits of using E15.

“With the Reid Vapor Pressure (RVP) ban on E15 in the summer now over, it is imperative for us to educate consumers on the new option available to them at the pump,” Rudnicki said.