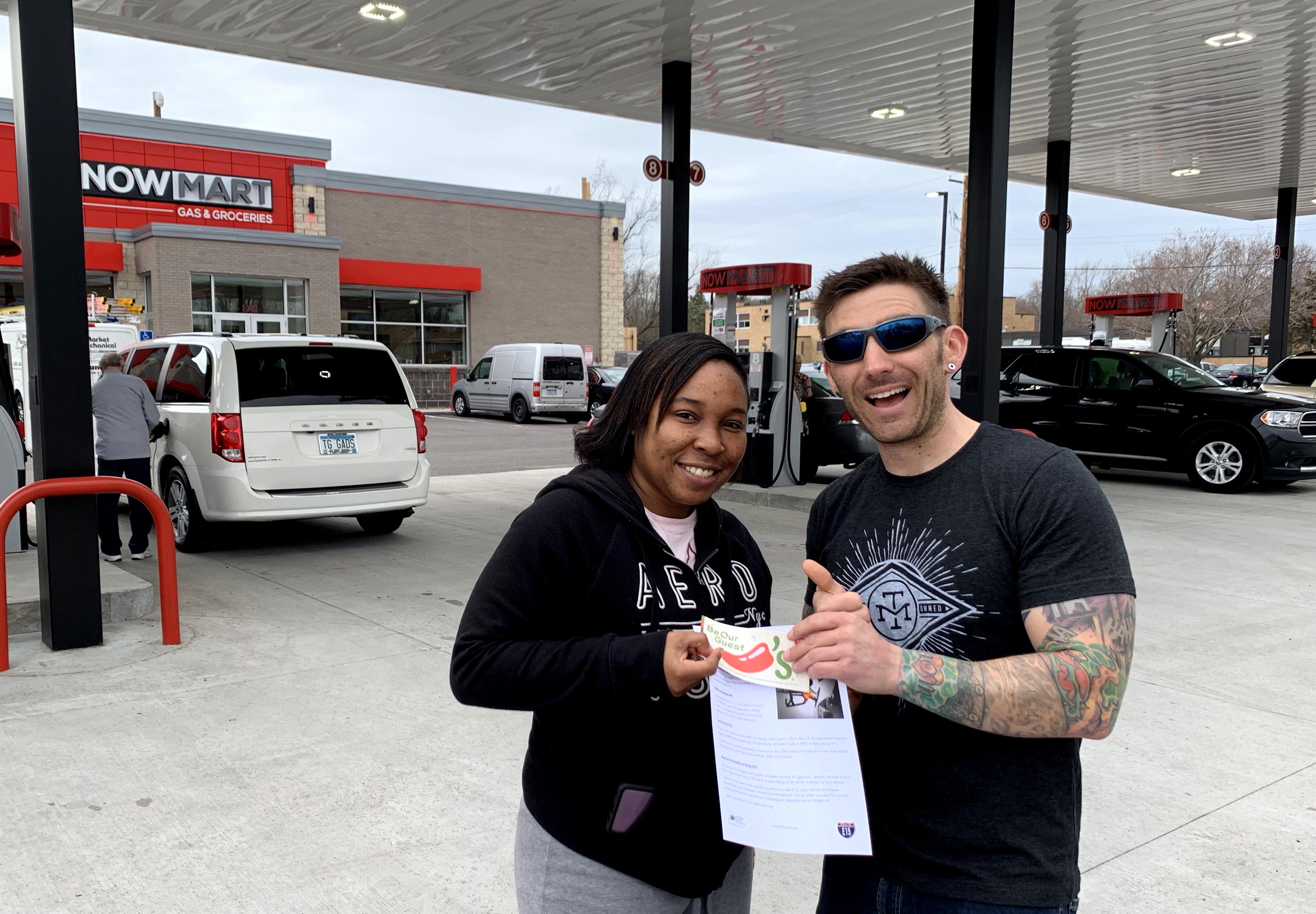 During an hour-long promotion from 12pm to 1pm at Now Mart on Bass Lake Road in New Hope, MN Biofuels and KS95 rewarded over 20 drivers who chose Unleaded 88 at the pump.

Rudy Pavich, from KS95’s Morning Show, was at the station with MN Biofuels’ staff educating consumers on the benefits of using Unleaded 88.

“Now Mart began operations in February and has been providing drivers in New Hope the option of using a cleaner fuel that’s made in Minnesota and is cheaper than regular gas,” said Tim Rudnicki, executive director at MN Biofuels.

Last week, MN Biofuels and KS95 teamed at the Holiday station on County Road 24 in Plymouth.