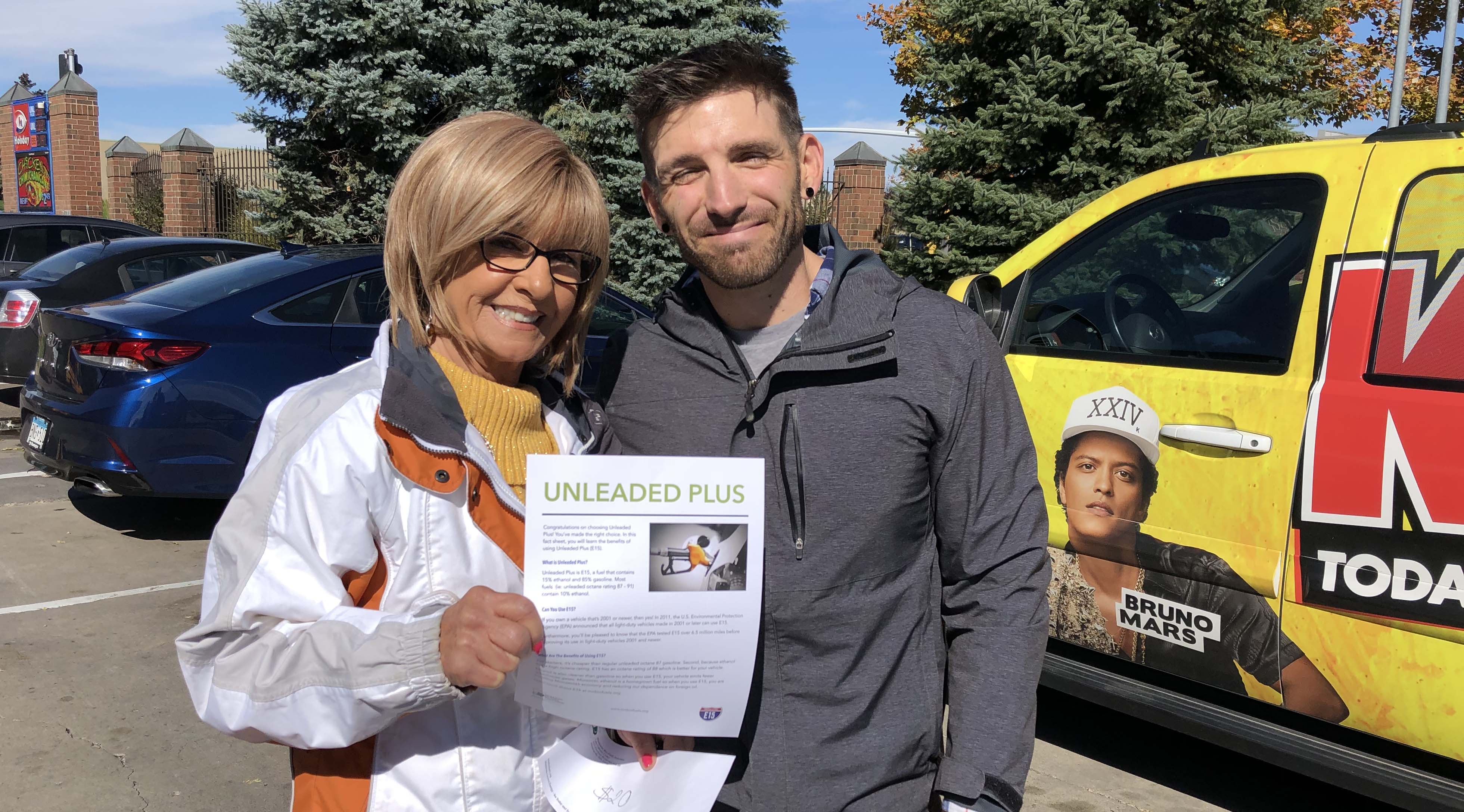 Picture Caption: KS95 personality, Rudy Pavich, with a consumer who was rewarded after fueling up with E15 at the Holiday on County Road 24 in Plymouth.

Minneapolis, Oct 4 – The Minnesota Bio-Fuels Association (MN Biofuels) and KS95 FM rewarded over 50 drivers who chose E15 (Unleaded Plus) during a two-hour promotion today at the Holiday station on County Road 24 in Plymouth.

Among the prizes given included $20 in cash, tickets to the Minnesota Zoo, gift cards to Chili’s and Applebee’s as well as KS95 merchandise.

In addition, E15 was priced 15 cents less per gallon than regular unleaded during the promotion.

“Today’s promotion provided us with an important opportunity to speak to consumers about E15. While there were many consumers who were familiar with E15, there were still a few who were pleasantly surprised that there is a cheaper and cleaner option at the pump,” said Tim Rudnicki, executive director at MN Biofuels.

Today’s event was the eighth time MN Biofuels and KS95 have teamed up this year to promote E15 at retail stations in the Twin Cities metro.