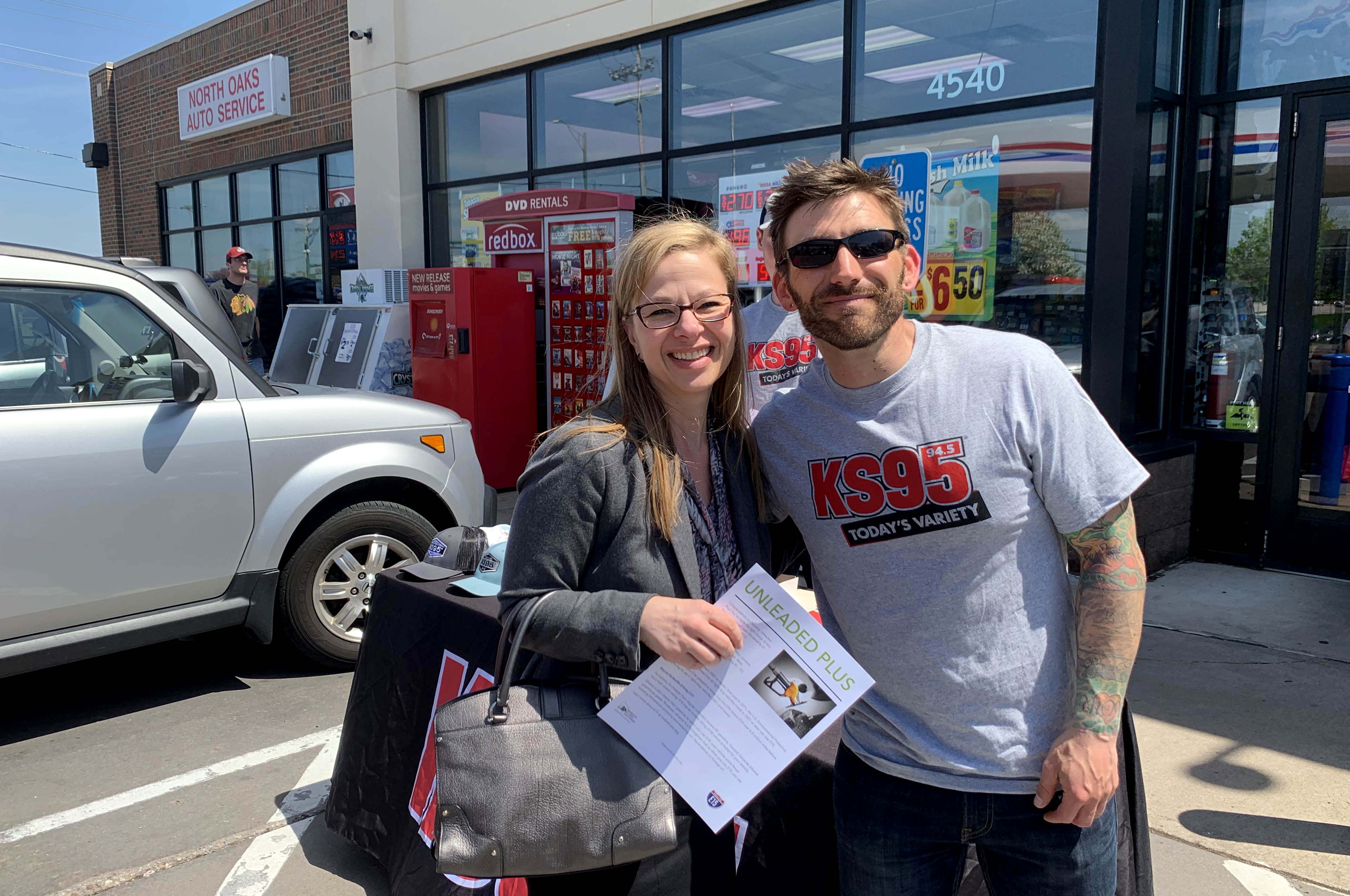 Minneapolis, May 16 –For the fifth and final time this spring, the Minnesota Bio-Fuels Association (MN Biofuels) and KS95 FM teamed up – this time at the North Oaks Holiday in White Bear Lake - to reward drivers who chose Unleaded Plus (E15).

Rudy Pavich from KS95’s Morning Show was at the station during the promotion educating drivers on the benefits of using E15.

“We spoke to many drivers today who didn’t hesitate to switch to E15, proving more and more drivers want to use a fuel that is cheaper than regular gas, has fewer greenhouse gas emissions, boosts Minnesota’s economy and makes us more energy independent.

“However, today’s event will be our last for the spring unless the EPA actually follows through with its promise to lift its nonsensical summertime restrictions on E15 by June 1,” said Tim Rudnicki, executive director at MN Biofuels.

Over the past five weeks, MN Biofuels and KS95 have been promoting E15 at various stations in the Twin Cities metro area.

These stations included the Winner in Roseville, the Stop N Shop in Minneapolis, Now Mart in New Hope and a Holiday station in Plymouth.