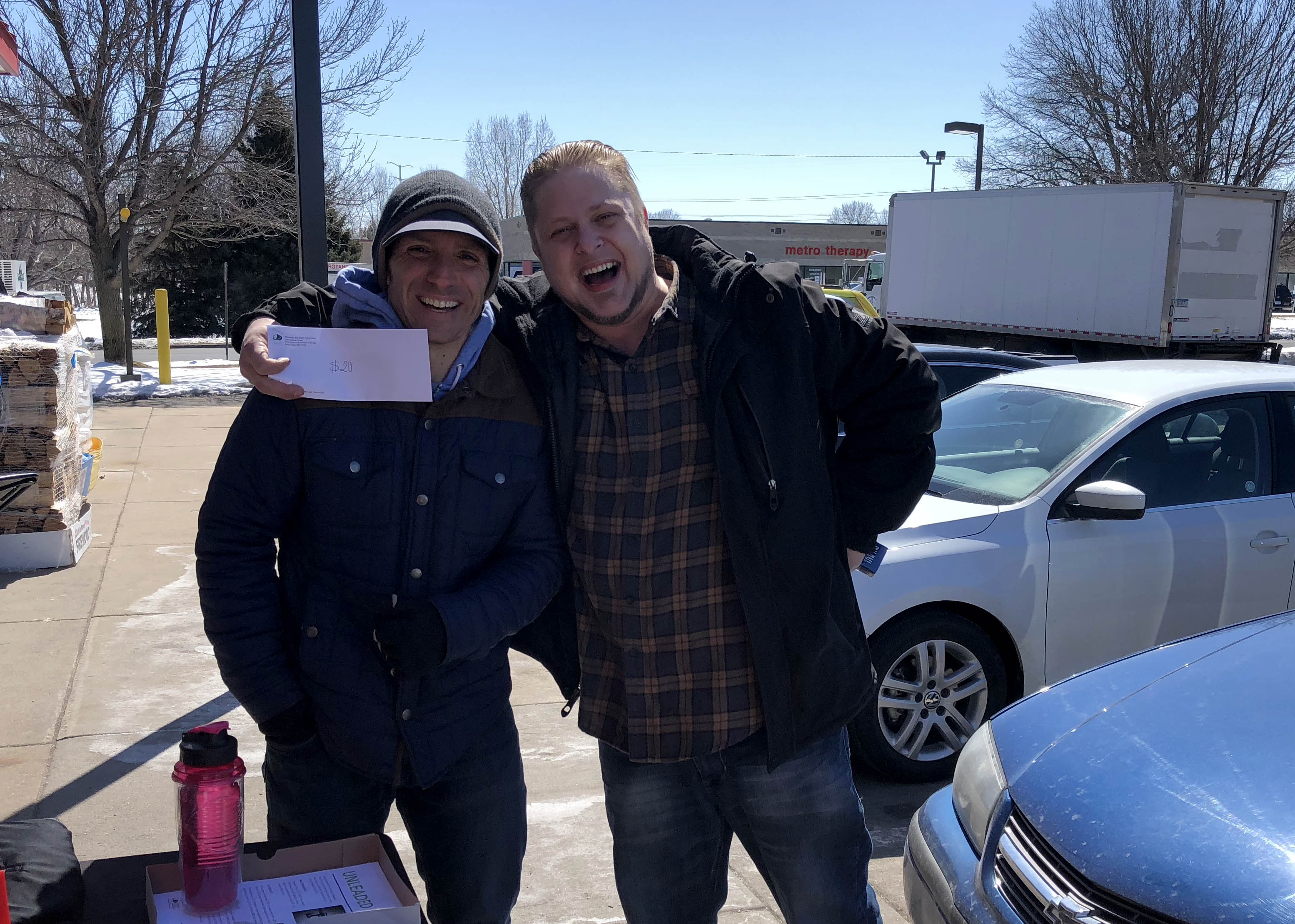 Minneapolis, April 6 - The Minnesota Bio-Fuels Association (MBA) and KS95 FM teamed up today to reward drivers in Fridley who switched to E15 during a two-hour appearance at the Holiday on University Avenue.

Over 30 drivers made the switch to E15 during the appearance. KS95 FM personality, Rudy Pavich, and MBA staff were at the station educating drivers on the benefits of using E15 during the two-hour promotion.

"We will be partnering wih KS95 FM again in the coming weeks to speak to more drivers about the benefits of using E15. In just the first two months of 2018, over 9 million gallons of E15 was sold in Minnesota. Consumers are eager to switch to a fuel that's cheaper than regular gasoline, reduces greenhouse gas emissions and is made in Minnesota," said Tim Rudnicki, MBA's executive director.

According to the Minnesota Department of Commerce, 9.07 million gallons of E15 was sold in Minnesota in first two months of the year, nearly half the total sold for the whole of 2018.

MBA's previous event with KS95 FM was on Mar 23 at the Holiday on Country Road 24 in Plymouth. Both MBA and KS95 FM will team up again at the Winner station in Richfield on April 18. More details of that event will be announced next week.