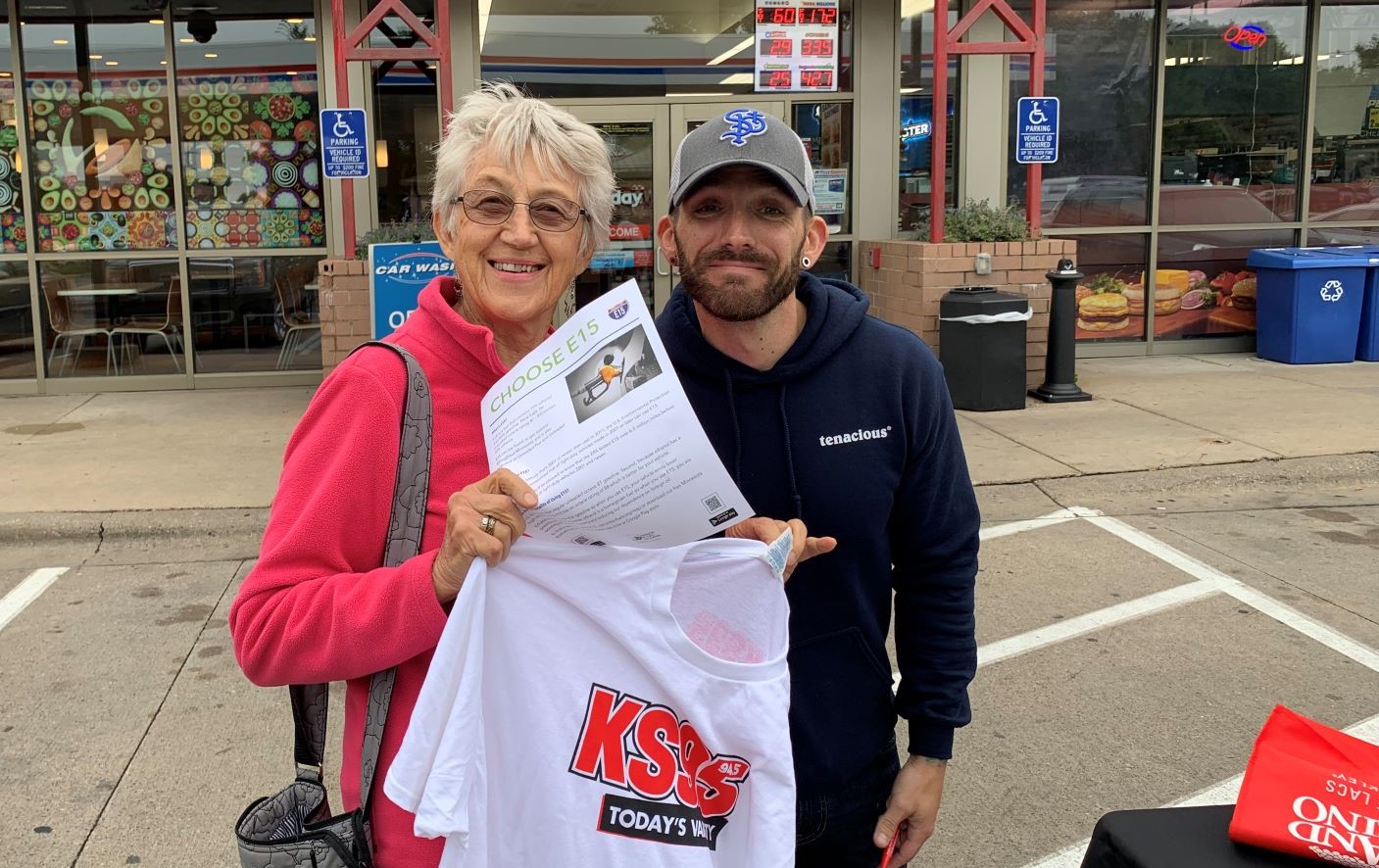 Fridley, September 12 – The Minnesota Bio-Fuels Association (MN Biofuels) and KS95 FM teamed up today at the Holiday on University Ave to reward drivers who chose E15 (Unleaded Plus).

Today’s event was the eleventh time MN Biofuels and KS95 have teamed up at a fuel station in the Twin Cities metro this year to promote E15.