The students, from Arlington’s Sibley East High School and Norwood Young America’s Central High School, toured Heartland Corn Products on March 14 and March 24 respectively to get a deeper look at the various processes of ethanol production.

At both tours, the students, from grades 10 to 12, learned about the different components of production at an ethanol plant including incoming grain grading and handling, fermentation, grain storage, liquefaction and ethanol storage and shipment.

Minnesota is the fourth largest producer of ethanol in the country. Last year, Minnesota ethanol producers delivered a record 1.2 billion gallons of ethanol which in turn contributed $2.1 billion to the state’s economy.

“We were interested in the tour so we can learn about this renewable energy source that is so important to Minnesota’s agriculture economy,” said Jim Mesik, agriculture teacher at Central High School.

Heartland Corn Products is one of the largest ethanol plants in Minnesota with an output of 108 million gallons a year and was built in 1995.

“We are always pleased to welcome high school students to our plant and provide them with a first-hand look at how clean Minnesota-grown renewable energy is produced,” said Scott Blumhoeffer, Vice-President at Heartland Corn Products.

Included in the tours was dried distiller grain production and storage. Dried distiller’s grains (DDGs) are a high-protein animal feed. In 2015, Minnesota’s ethanol industry produced 3.6 million tons of DDGs, which was sufficient to meet the feed requirements of the entire inventory of cattle and calves in the state.

Both school tours were organized by the Minnesota Bio-Fuels Association, a non-profit trade organization that represents Minnesota’s ethanol industry.

“These tours show students how a homegrown renewable ingredient is converted into a clean fuel that continues to reduce harmful greenhouse gases.

Sibley East High School’s agriculture science teacher, Jeff Eppen, said it was important for students to get a better understanding of the ethanol industry and how it is produced, adding some of the school’s former students have been employed at Heartland Corn Products.

“A unique part about agricultural education is the instructor, students and community help decide the curriculum for their school. We as a school have decided that we want biofuels as a part of our Ag education,” he added. 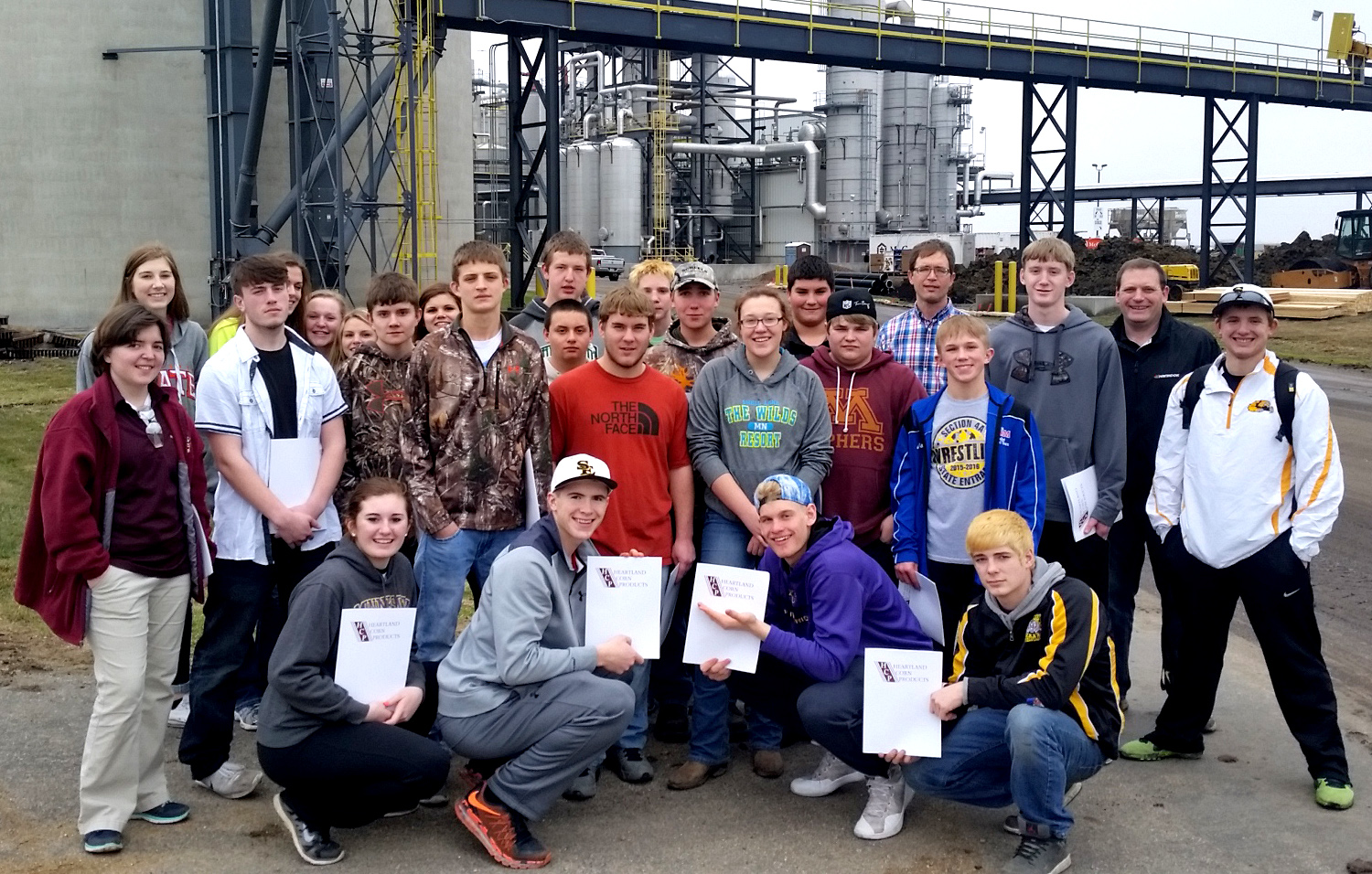