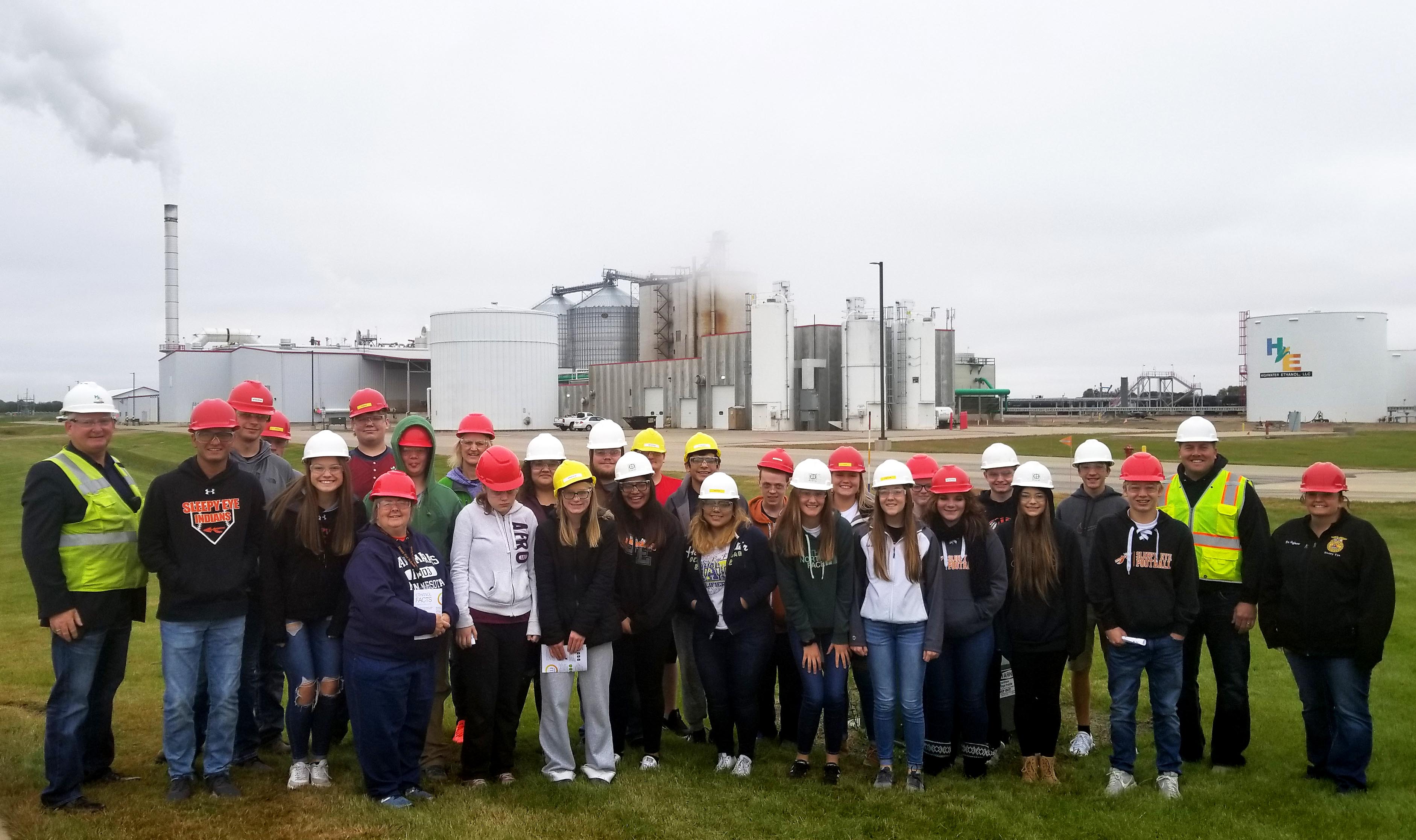 During the tour, the students were briefed on the various processes of ethanol production at the plant as well as potential career opportunities within the ethanol industry.

“Tours like these highlight the necessary skills to pursue a career in the ethanol industry. Ethanol produced at Highwater Ethanol creates jobs, decreases harmful carbon emissions and lowers prices at the pump, “said Tim Rudnicki, executive director of the Minnesota Bio-Fuels Association.

Highwater Ethanol began operations in Lamberton in August 2009. It produced 59.5 million gallons of ethanol in 2017 and currently has 42 fulltime employees.

“Hearing about the process of making ethanol and seeing it are two completely different things. Experiencing something first-hand is the best way to learn,” said Hoffmann.

“There are also many career opportunities to explore in the ethanol industry which are great to hear about from the employees themselves,” Hoffmann added.