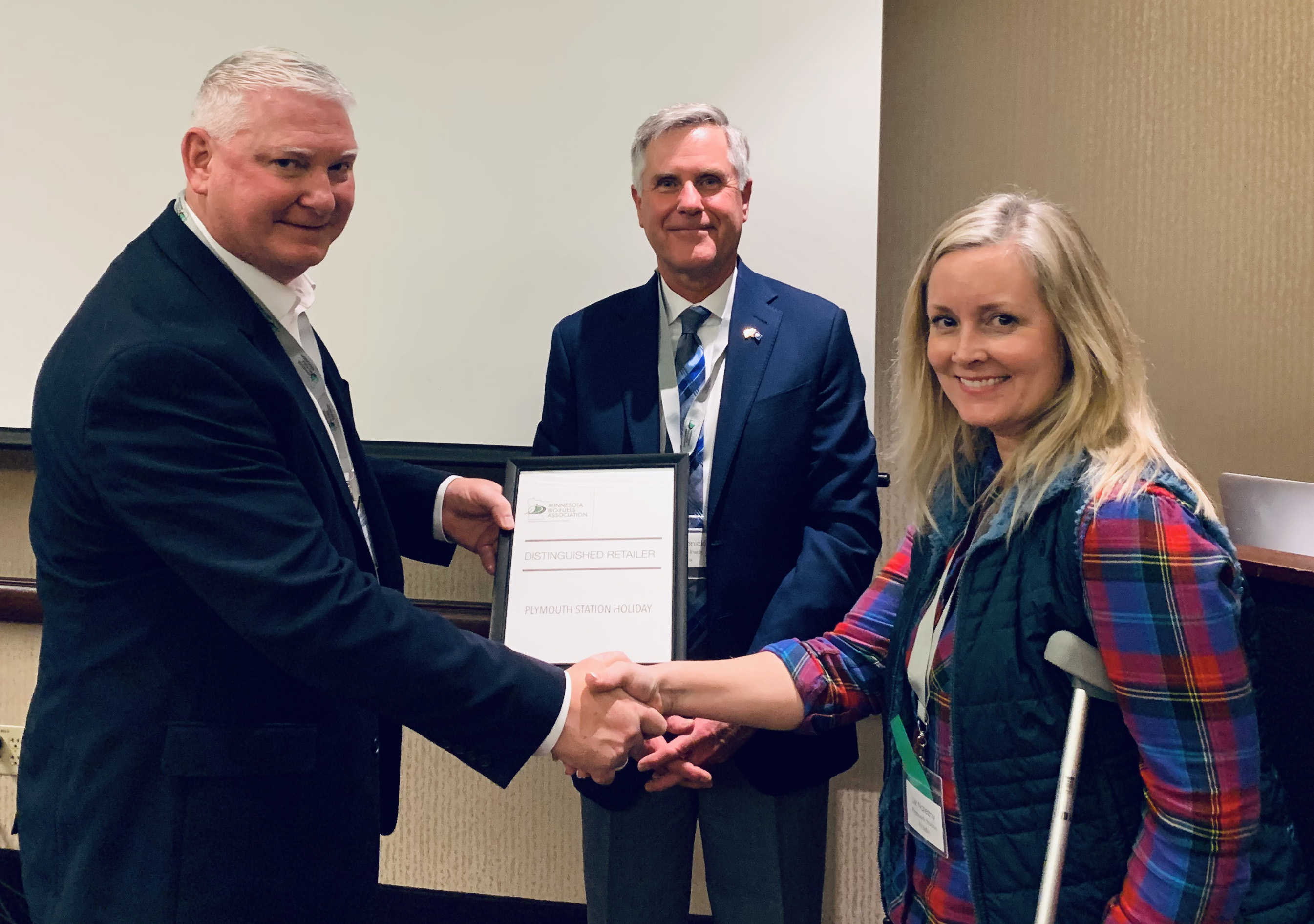 Minneapolis, Dec 13 – The Minnesota Bio-Fuels Association (MN Biofuels) named Plymouth Station Holiday as its 2018 Distinguished Retailer yesterday at the release of the former’s 2018 Annual Report in Prior Lake.

“Plymouth Station Holiday was one of the first stations in Minnesota to offer E15 back in 2015. Since then they have added E15 at their other station in Plymouth and will soon begin offering it at a new station in New Hope,” said Tim Rudnicki, executive director at MN Biofuels.

“We initially wanted to offer E15, E30 and E85 because we felt it was the right thing to do for our environment and for the local economy and it was cheaper for the customer. We felt biofuels would be mainstream in the future and wanted to be one of the first to offer this choice to our customers,” said Liz Nalezny, owner of Plymouth Station Holiday.

Prior to the award, MN Biofuels released its 2018 Annual Report to its producer and vendor members. The report provided its members with an overview of Minnesota’s ethanol industry in 2018 and various projects MN Biofuels undertook to grow ethanol consumption in the state.

“To be mission and results-oriented and provide a reasonable return on membership investment – these are the bedrock principles upon which we build each advocacy, communications and fuel supply chain project at MN Biofuels,” Rudnicki said. 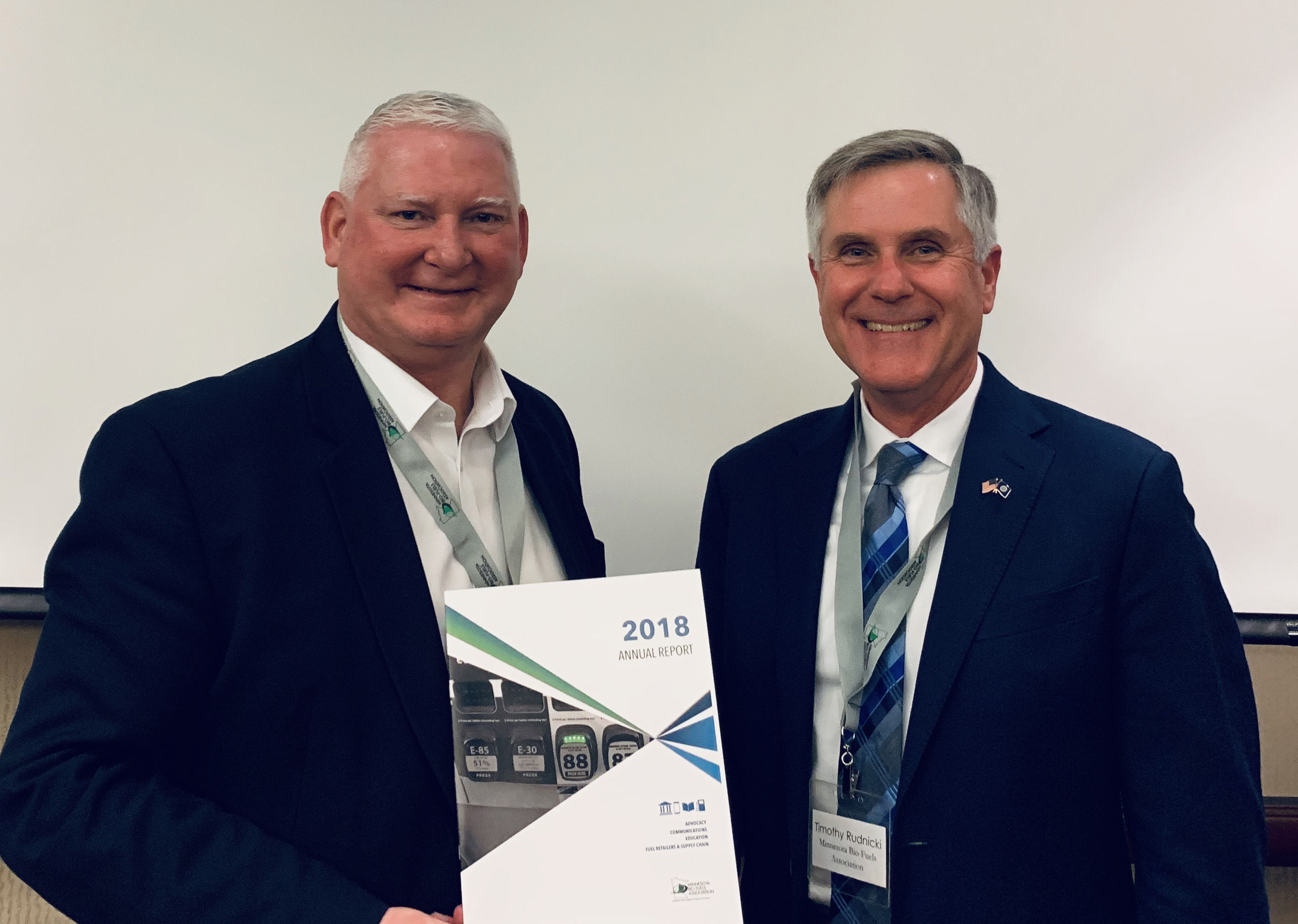