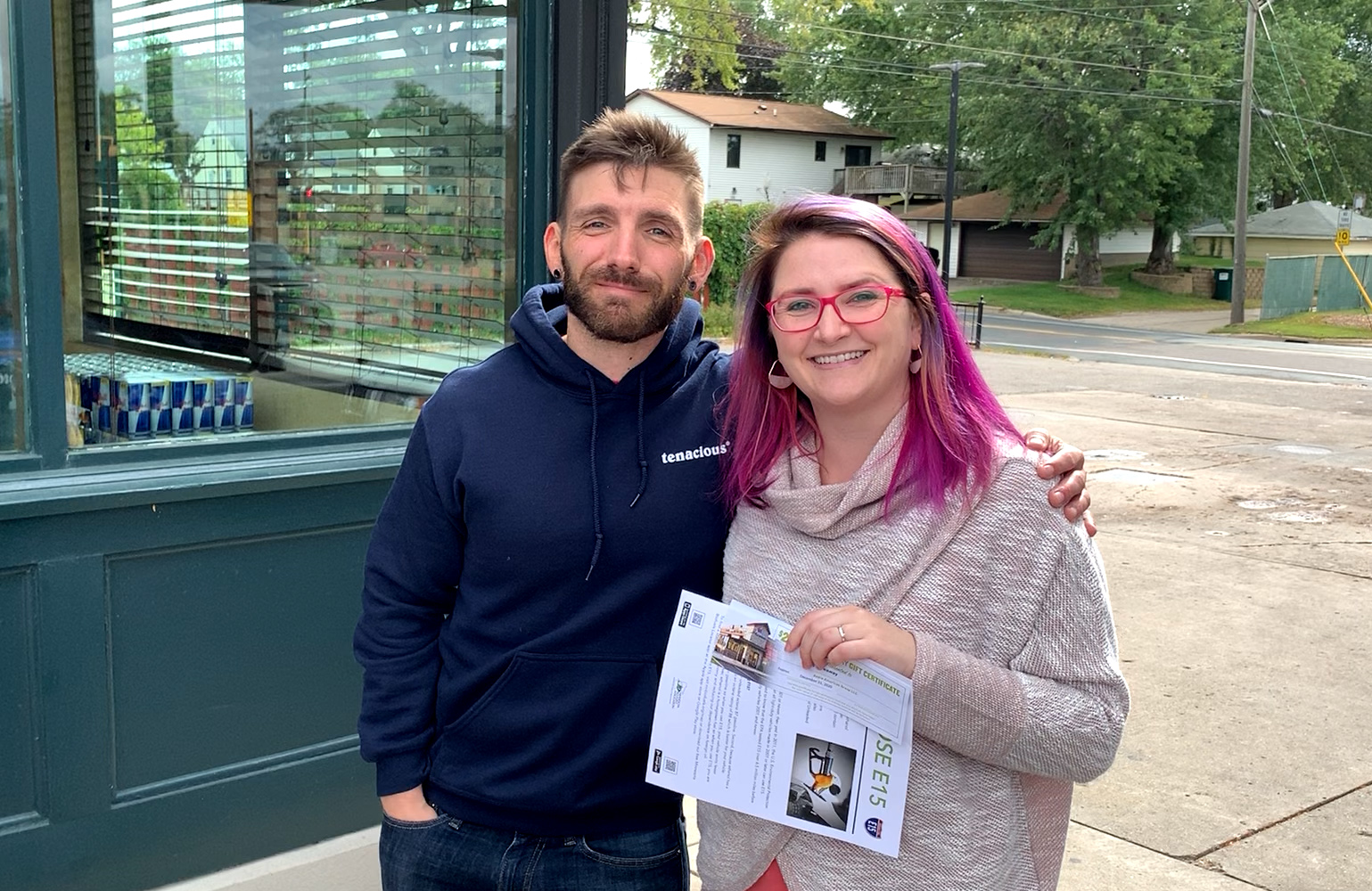 Fridley, September 27 - The Minnesota Bio-Fuels Association (MN Biofuels) and KS95 FM teamed up today to reward drivers who chose Unleaded Plus (E15) during an hour-long promotion at Bona Bros Minnoco.

From 12:00pm to 1:00pm, MN Biofuels and KS95 rewarded drivers who chose Unleaded Plus with prizes that included $20 in cash, ValleyScare passes, tickets to the Minnesota Renaissance Festival and the Crayola Experience, gift cards to Seven Steakhouse and gift cards to Applebees, along with KS95 merchandise.

KS95 FM personality, Rudy Pavich, and MN Biofuels staff were at the station during the promotion educating drivers on the various benefits of using E15.

“E15 is a higher-octane fuel that has lower greenhouse gas emissions, is made in Minnesota and cheaper than regular unleaded. E15 is getting more popular with drivers that are eager to reduce carbon emissions and save at the pump,” said Tim Rudnicki, MN Biofuels executive director.

There are currently 357 stations in Minnesota that offer E15.