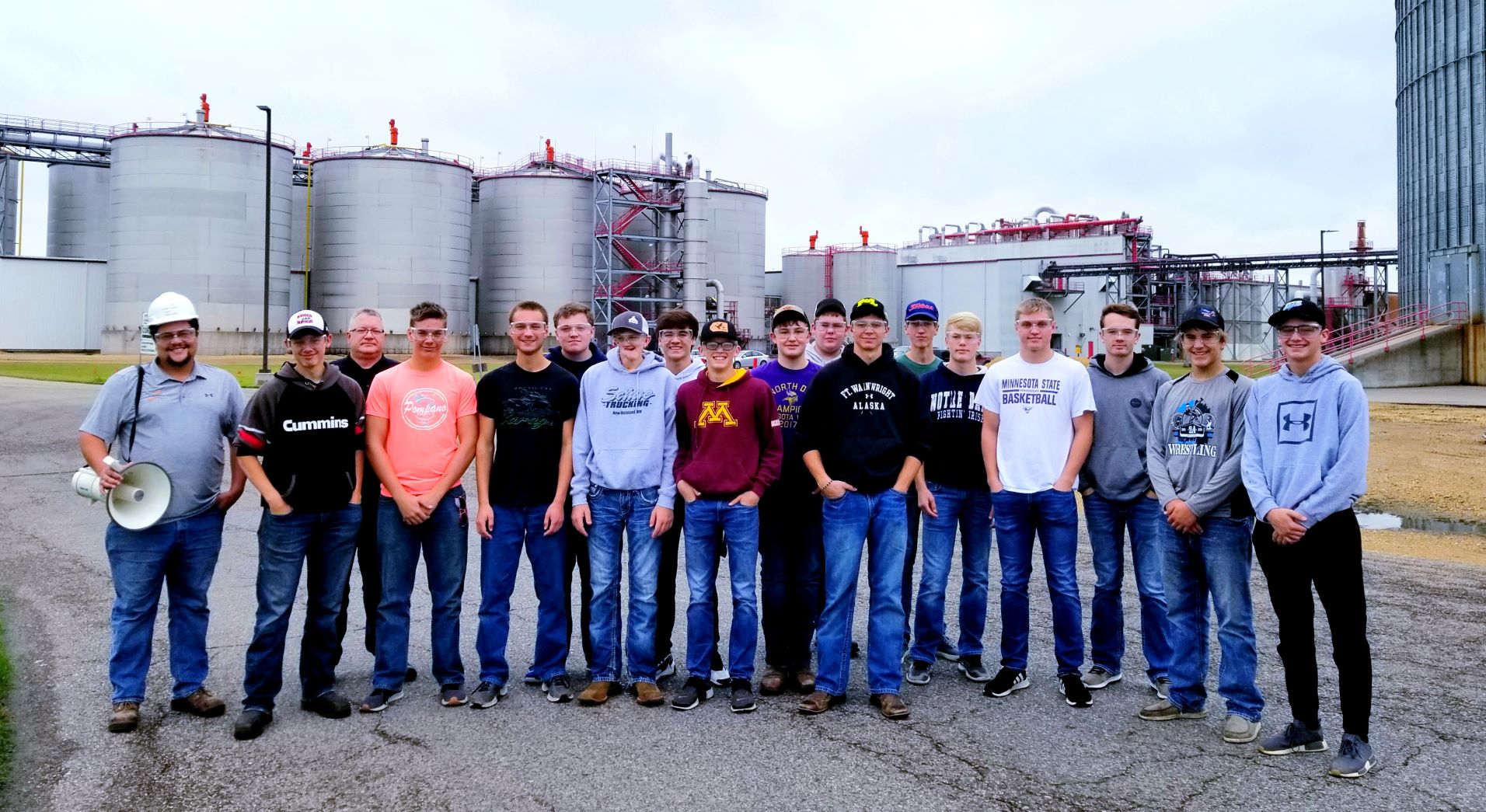 “We were pleased to welcome NRHEG to our plant to see firsthand how clean Minnesota-grown ethanol is produced. These tours seek to showcase ethanol’s many environmental and economic benefits,” said Jeanne McCaherty, CEO of Guardian Energy.

The students, grades 10 to 12, were briefed on the various processes of ethanol production at the plant, which produces 150 million gallons of ethanol a year.

“The ethanol industry plays a vital role for Minnesota’s agricultural industry and through these tours, students are given a chance to see and understand various technological processes of converting a homegrown renewable ingredient into clean energy,” said Tim Rudnicki, executive director of the Minnesota Bio-Fuels Association (MN Biofuels).

The tour was organized by MN Biofuels, a non-profit trade organization that represents the ethanol industry in Minnesota. Guardian Energy is a member of MN Biofuels.

The students were accompanied by NRHEG’s agricultural educator, Dan Sorum, who previously visited Guardian Energy with his junior-high class in the fall of 2016.

“This class is primarily about electrical wiring, however I am incorporating a number of lessons on alternative energy sources and while ethanol is not as related to power generation as much as other sources like solar and wind, it is still an alternative source and thus fits my objective to expose them to the more modern technologies today,” said Sorum.