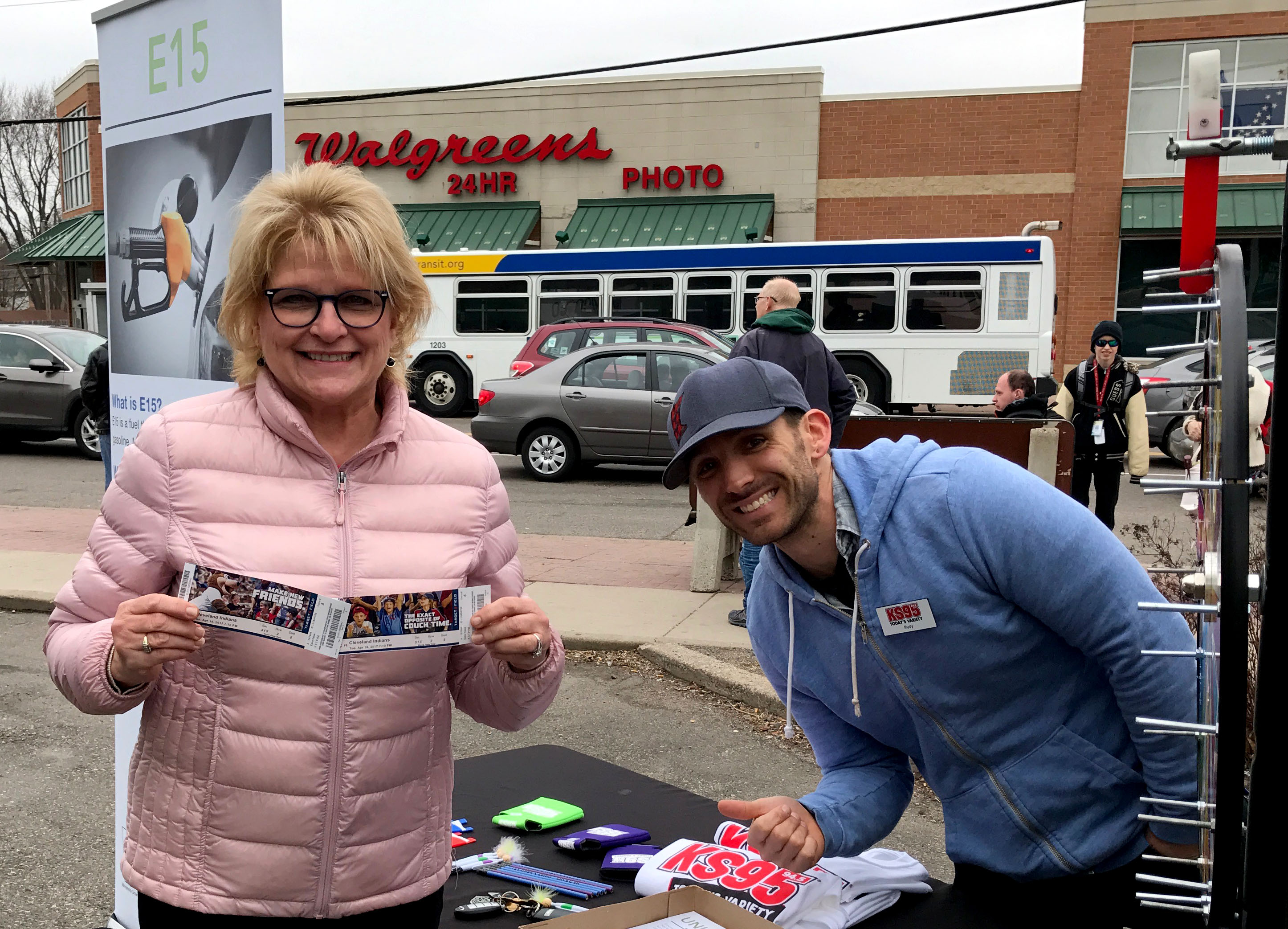 St Paul, April 13 – The Minnesota Bio-Fuels Association (MBA) and KS95 FM teamed up today to reward drivers who fueled up with E15 (Unleaded Plus) during an hour-long promotion at Highland Service Minnoco.

Among the prizes given included tickets to see the Minnesota Twins, $25 in cash and KS95 merchandise.

KS95 personality, Rudy Pavich, and MBA staff were at Highland Service Minnoco educating drivers on the benefits of using E15 during the promotion.

“Today’s event was a success as many consumers eagerly switched to E15, which is cheaper than regular gas, made in Minnesota and better for the environment,” said Tim Rudnicki, executive director of the Minnesota Bio-Fuels Association.

E15 sales in Minnesota have been on the rise as more stations have begun offering E15.