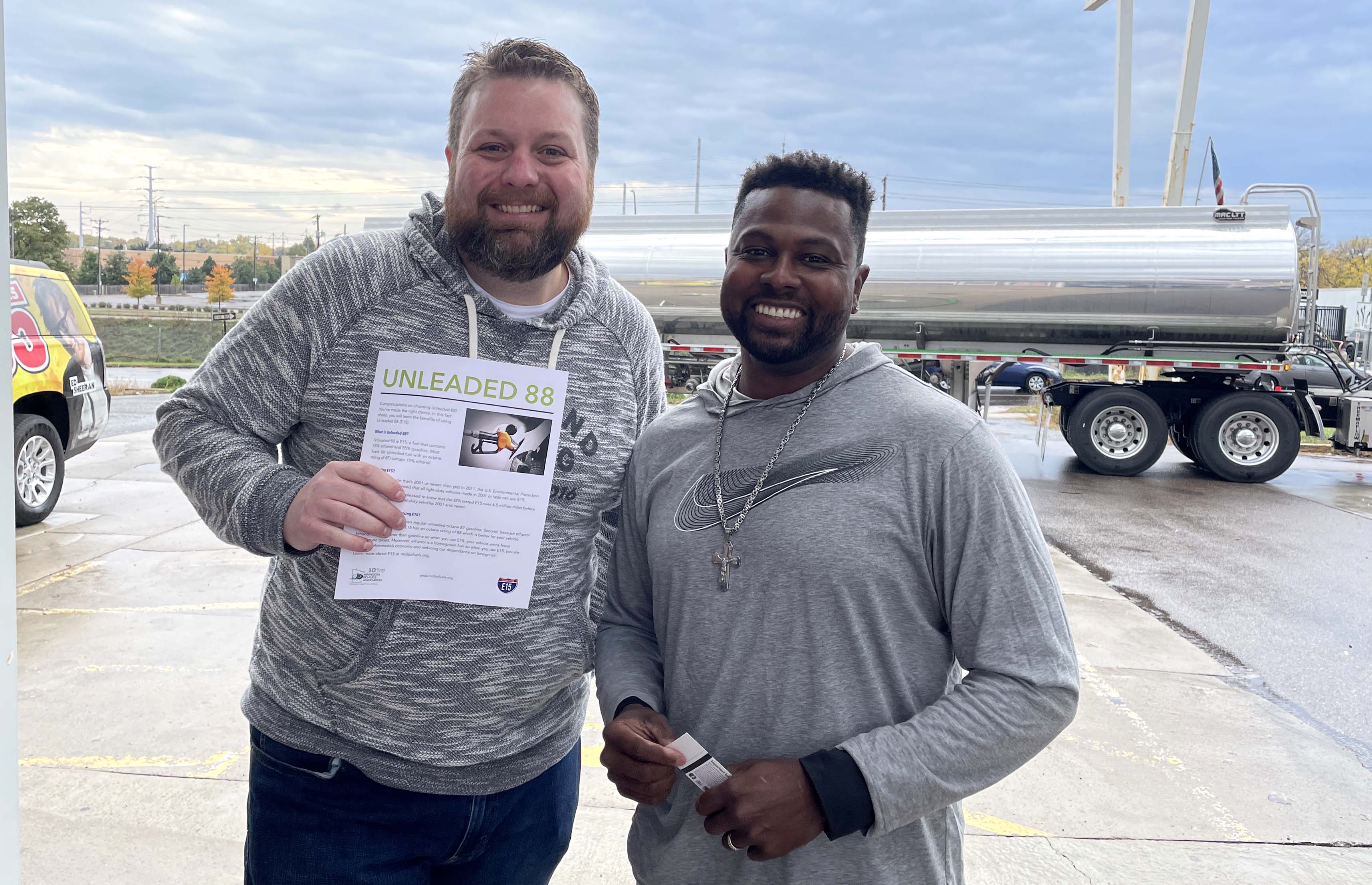 Minneapolis, Oct 21 - The Minnesota Bio-Fuels Association (MN Bio-Fuels) and KS95 FM teamed up yesterday to educate drivers on the benefits of using Unleaded Plus (E15) during an hour-long promotion at a Winner station in Richfield.

Drivers who fueled up with E15 during the promotion were rewarded with prizes such as $20 in cash, Stay & Play passes for St Croix casino in Turtle Lake, tickets to the Crayola Experience, packages to the Urban Air Adventure Park and KS95 merchandise.

Yesterday’s event was the sixth time MN Bio-Fuels and KS95 have teamed up this year to educate drivers in the Twin Cities metro area about the benefits of using E15.

KS95’s personality, Greg “Hutch” Hutchinson, was at the station with MN Bio-Fuels staff during the promotion educating drivers on the many benefits of fueling up with E15.

The hour-long promotion was held at the Winner station on 7733 Portland Avenue in Richfield.