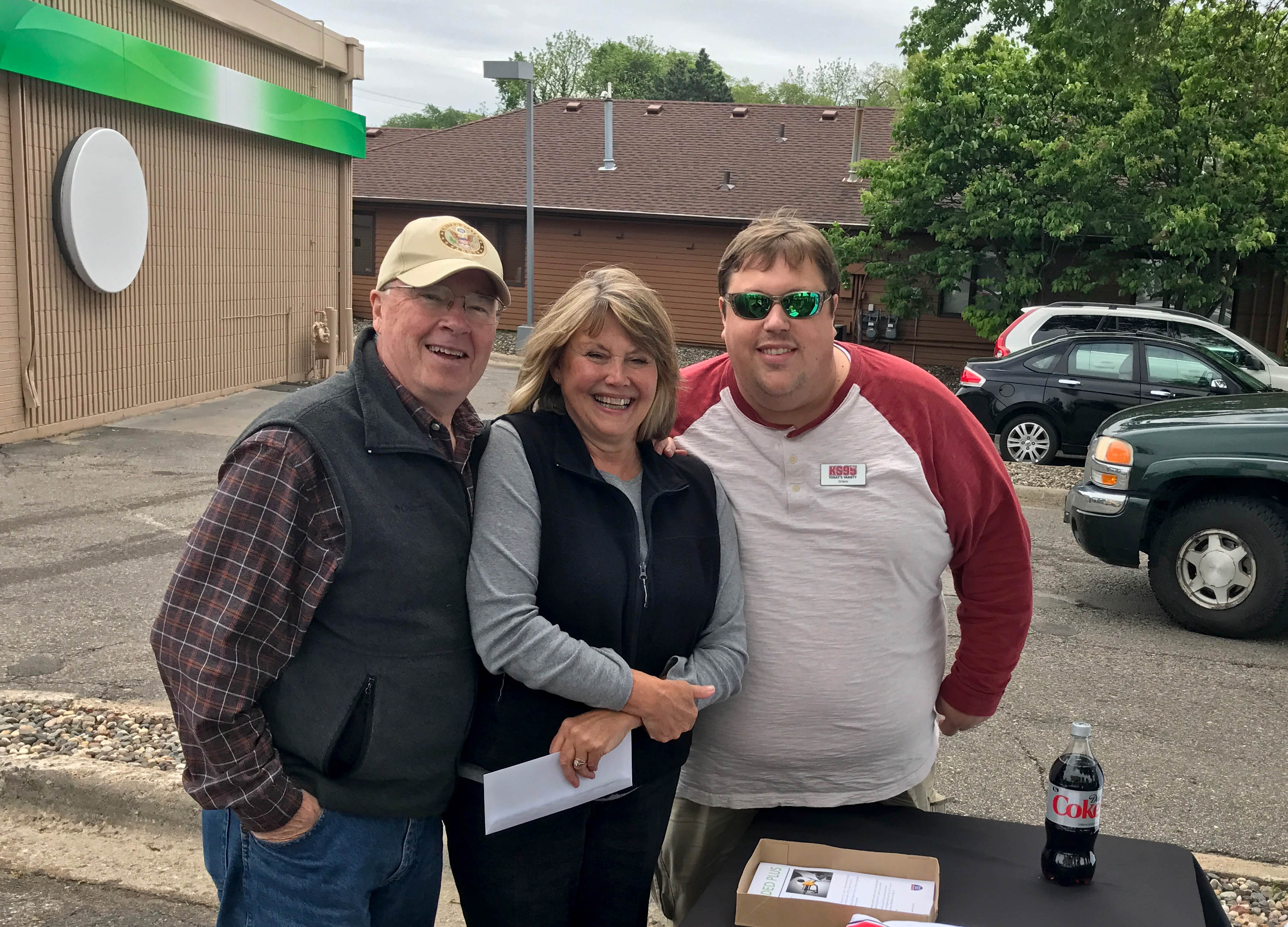 May 19, St Louis Park - The Minnesota Bio-Fuels Association (MBA) and KS95 FM teamed up today to reward drivers who chose E15 during an hour-long promotion at Youngstedts Minnoco in St Louis Park.

From 1:30 pm – 2:30 pm, MBA and KS95 rewarded 15 drivers who switched to E15 from regular unleaded. Among the prizes given included $20 in cash, tickets to the Minnesota Zoo and KS95 merchandise.

KS95 personality, Adam “Crisco” Zalusky and MBA staff were at Youngstedts Minnoco educating drivers on the benefits of using E15 during the promotion.

“It isn't difficult for consumers to switch to E15. It’s cheaper than regular unleaded, has more octane, is better for the environment and made right here in Minnesota,” said Tim Rudnicki, MBA’s executive director.

E15 sales in Minnesota have been rapidly increasing as more stations have begun offering the fuel, which is also branded as Unleaded Plus and has an octane rating of 88.

In March. for the first time ever, monthly E15 sales in Minnesota exceeded a million gallons.