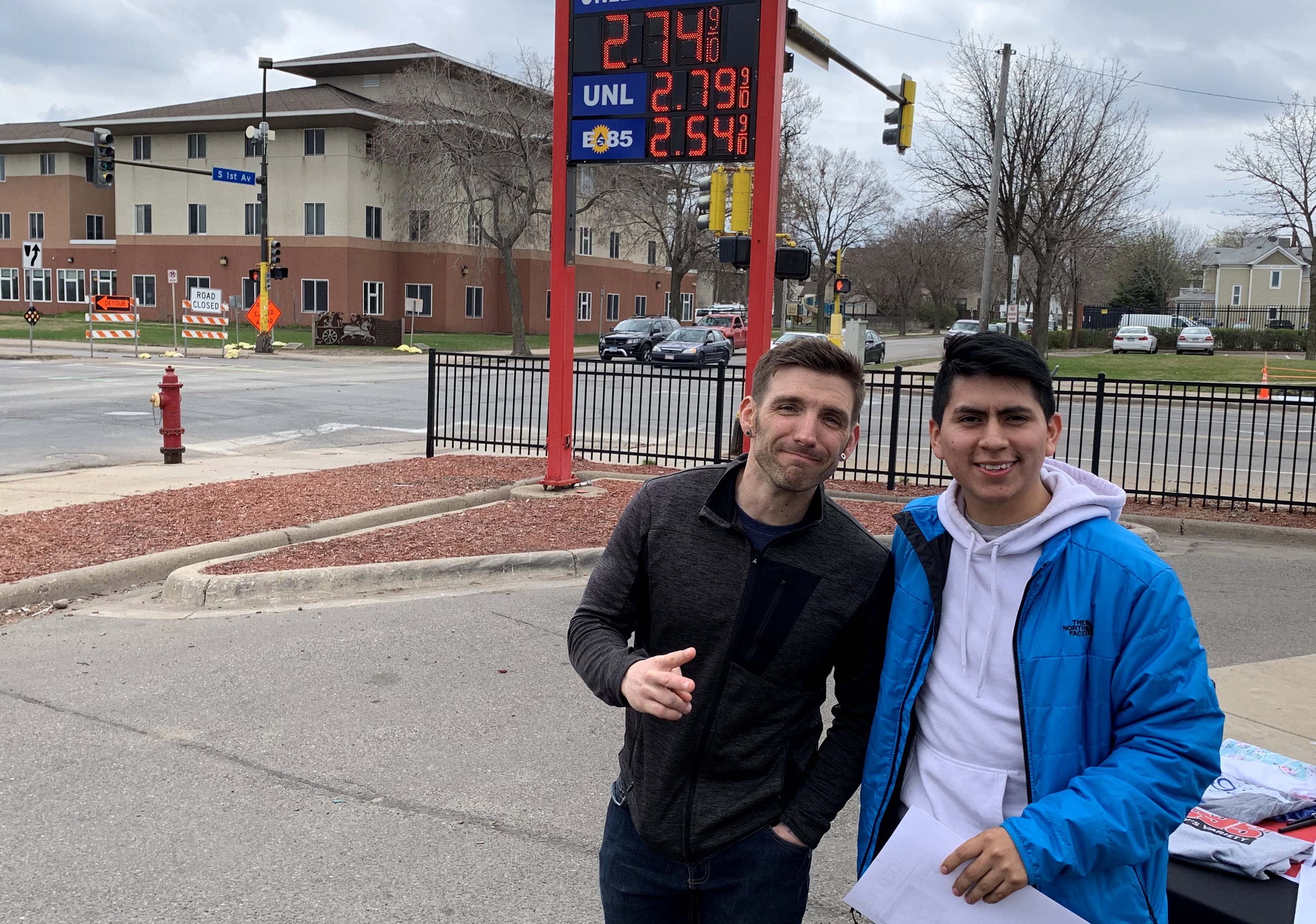 Minneapolis, April 29 – Minnesota Bio-Fuels Association (MN Biofuels) and KS95 FM teamed up for the third straight week today - this time at the Stop N Shop on First Avenue in Minneapolis – to reward drivers who fueled up with Unleaded Plus (E15) during an hour-long promotion.

During the promotion – from 12pm to 1pm – MN Biofuels and KS95 rewarded drivers who chose E15 with prizes that included tickets to Minnesota Twins, $20 in cash, gift cards to Chili’s, tickets to the Minnesota Zoo and KS95 merchandise.

“Today’s event was our third joint-promotion in as many weeks with KS95 and we’ve found that more and more drivers want to use a fuel that reduces harmful greenhouse gas emissions, is cheaper than regular unleaded, helps Minnesota’s economy and makes us more energy independent,” said Tim Rudnicki, executive director at MN Biofuels.

MN Biofuels and KS95 were previously promoting E15 at the Now Mart station in New Hope last week and at the Holiday station on County Road 24 in Plymouth on April 18.