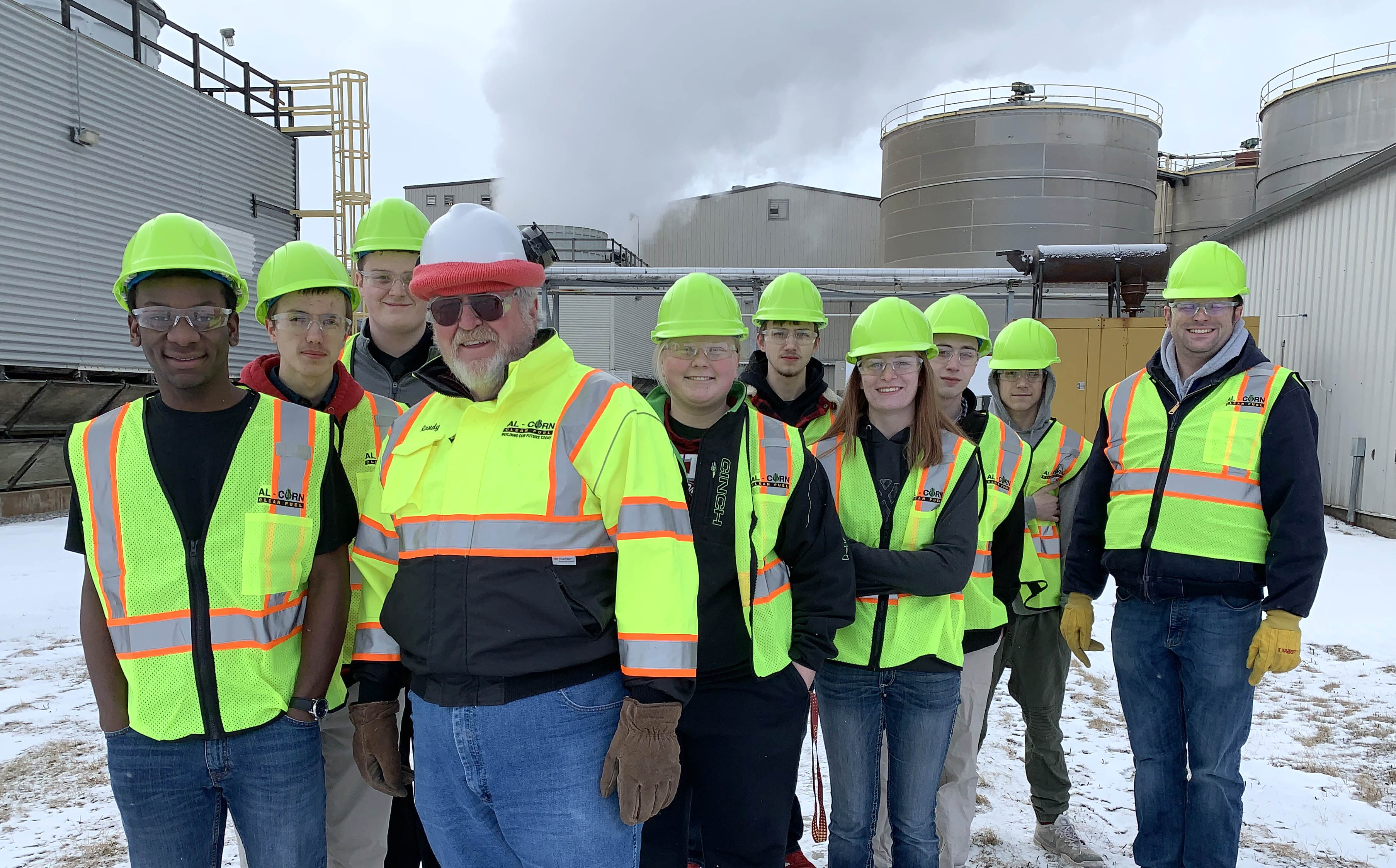 “The ethanol industry plays a vital role in boosting the economy here in Claremont and its surrounding towns. We source 40 million bushels of corn a year from local farms to produce 120 million gallons of ethanol,” said Randall Doyal, CEO of Al-Corn Clean Fuel.

Today’s tour was organized by the Minnesota Bio-Fuels Association (MN Biofuels). Al-Corn Clean Fuel is a member of MN Biofuels.

“Today’s tour marks the launch of our 2020 Ethanol Plant Tour Program for high schools. It is important for students to visit their local ethanol plants to learn how ethanol reduces greenhouse gas emissions, plays a significant role in the local economy, saves consumers at the pump and reduces our dependence on foreign oil,” said Tim Rudnicki, executive director at MN Biofuels.

“We are doing a commodity marketing unit and visiting the plant will help them visualize what one of the end-users of corn looks like,” he said.