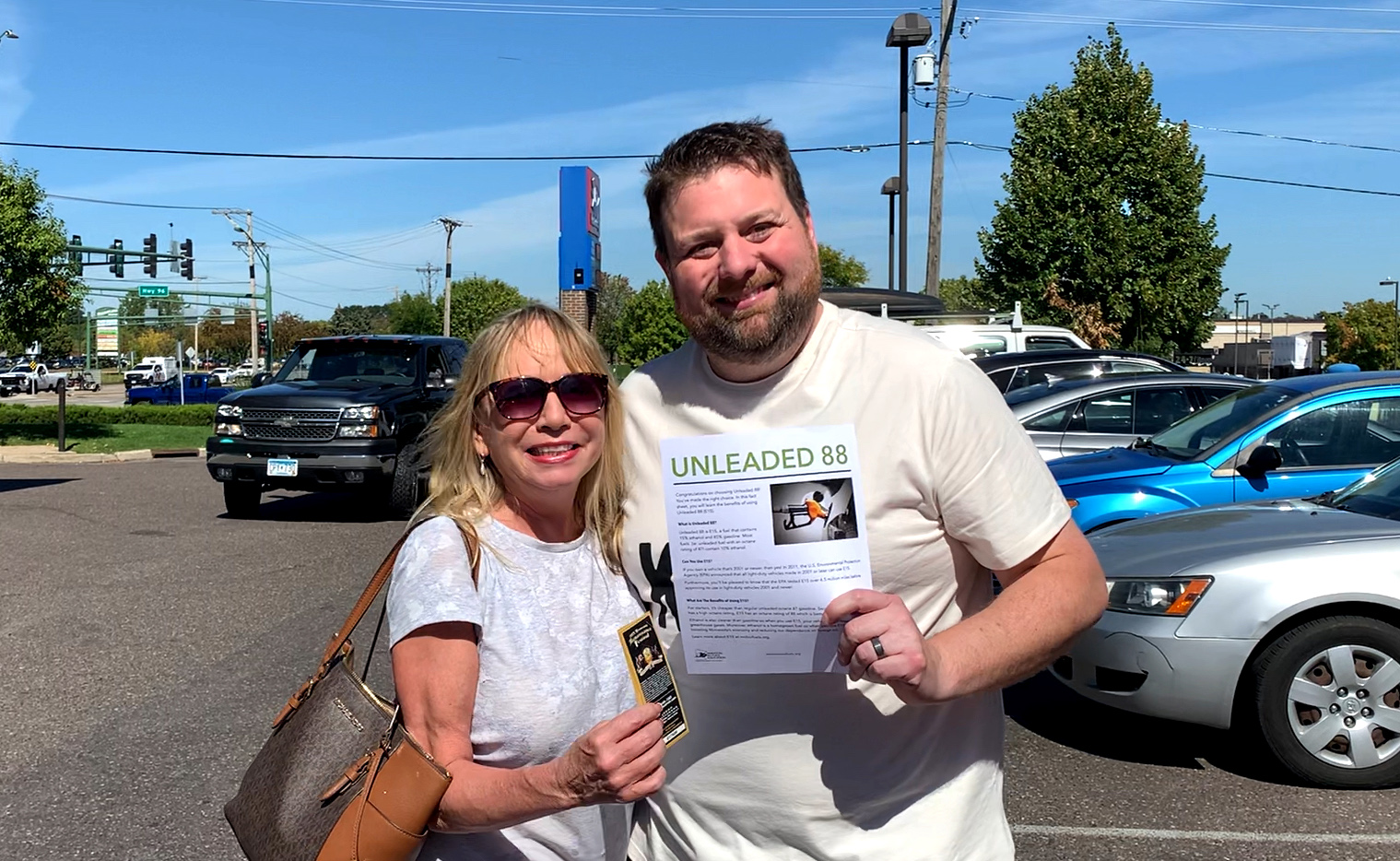 Minneapolis, Sept 16 - The Minnesota Bio-Fuels Association (MN Bio-Fuels) and KS95 FM teamed up on Sept 15 to educate drivers on a the benefits of using E15 during an hour-long promotion at a Holiday station in White Bear Lake.

Drivers who fueled up with E15 during the promotion were rewarded with prizes such as $20 in cash, Stay & Play passes for St Croix casino in Turtle Lake, tickets to the Minnesota Renaissance Festival, packages to the Urban Air Adventure Park and KS95 merchandise.

KS95’s personality, Greg “Hutch” Hutchinson, was at the station with MN Bio-Fuels staff during the promotion to talk to drivers on the many benefits of fueling up with E15.

The hour-long promotion was held from 12 pm to 1pm at the Holiday on 4540 Centerville Road in White Bear Lake.