Right now Minnesota legislators have the opportunity to bolster the household income of Minnesotans by $25 million while supporting 276 jobs and generating $35.9 million in gross domestic product (GDP).  Prudent budget action by legislators could generate additional benefits which include cutting air pollution and greenhouse gas emissions by 358,000 metric tons annually and generating $1.4 million in state and local taxes.

What stands in the way of the Minnesota legislature’s actualization of these positive social, environmental and economic benefits?  Budget targets, potentially, could be the road block.

But then legislators lament the anticipated budget targets, which are expected to be too low, because there will be little or no room for meritorious initiatives such as the expansion of biofuel infrastructure.

With a $45 billion biennial budget and an estimated $1.65 billion budget surplus, I cannot understand how legislative leaders might not even consider the significant return on a modest policy proposal calling for $12 million to fund the expansion of Minnesota’s biofuel infrastructure.

After following some of the thousands of policy bills and funding requests that have been introduced this legislative session, I understand full well that there are many competing interests for scarce taxpayer dollars.  So how do legislators decide which issues are worthy of some funding from our budget surplus?

If the weight of the case or issue is a deciding factor, I respectfully suggest they give careful consideration to our case because it has substantial benefits.

Minnesota is home to 5.5 million based on July 2016 U.S. Census estimates.  Does having cleaner air for Minnesotans carry any weight?  Ethanol is free of toxins, such as benzene and toluene, found in petroleum gasoline.  Making more ethanol available to Minnesotans is good for the environment and human health.  Additionally, using just 5 percent more ethanol can have the same GHG emissions reduction effect as taking 75,368 vehicles off Minnesota roadways.

An analysis by ABF Economics shows that a $12 million investment in E15 infrastructure would result in $35.9 million to the state’s GDP, generate $25.5 million in household income and contribute $1.4 million in state and local taxes. If the legislature’s purpose is understood to include making policy and funding decisions which improve the lives of Minnesotans, then the modest $12 million biofuel infrastructure funding request, with all its benefits, should be an easy call.

With the early success of the USDA Biofuel Infrastructure Partnership Program making E15 available at 138 locations in Minnesota, ethanol plant modernization and expansion projects, including the $146 million Al-Corn Clean Fuel expansion, and at least another 150 retailers prepared to submit project proposals to offer E15, now is the time for legislators to act and build upon success.

According to the National Renewable Energy Laboratory, we can achieve market penetration with approximately 600 fuel retailers offering E15.  If legislators choose to allocate $12 million from the $1.65 billion budget surplus to continue expanding biofuel infrastructure, we will be at the halfway mark in making high octane, low carbon E15 the new regular for Minnesotans.  We all win with cleaner air, lower carbon emissions and a boost to the economy and household income. 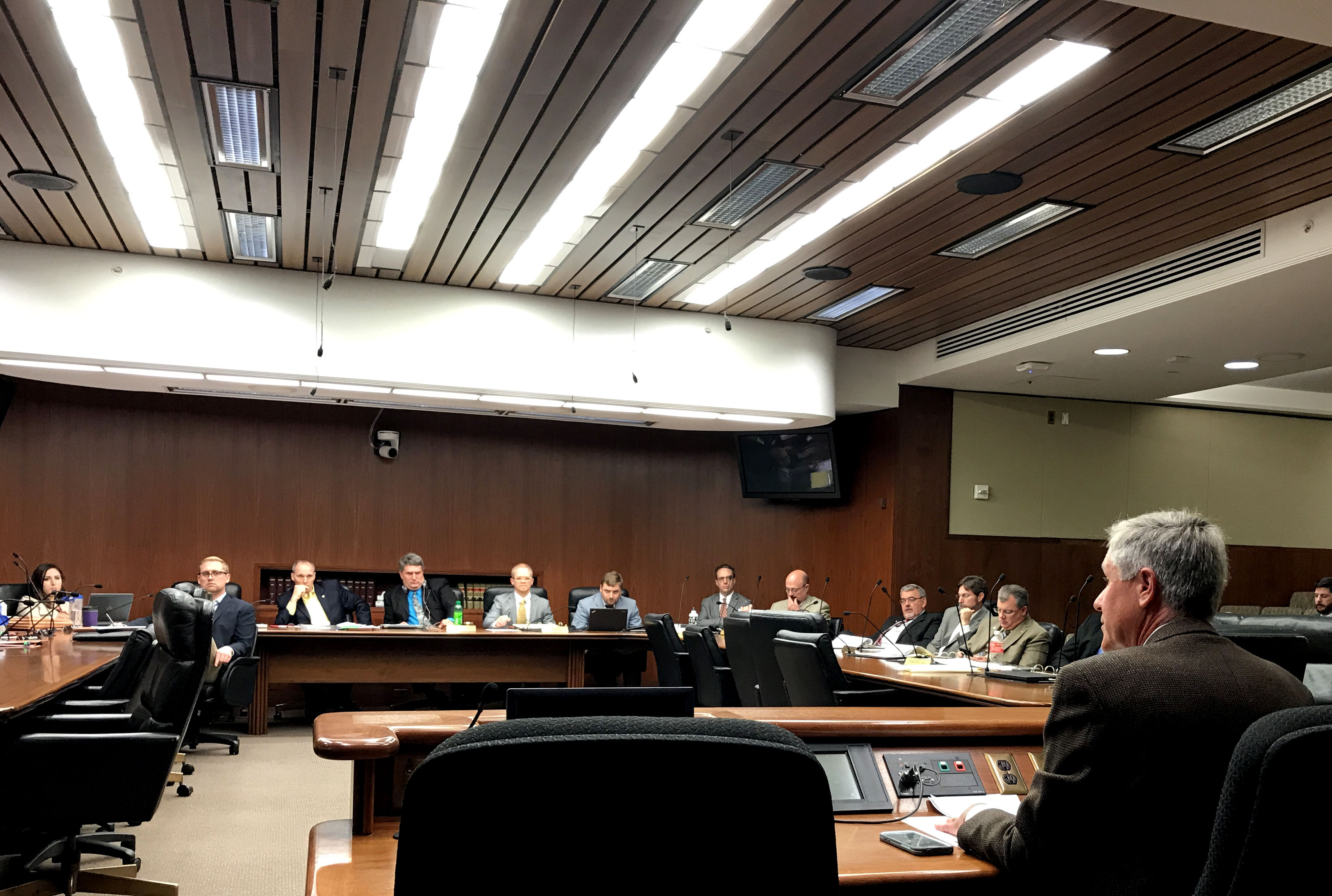 Picture Caption : Rudnicki testifying on the benefits of the Biofuel Infrastructure Bill to legislators in St Paul