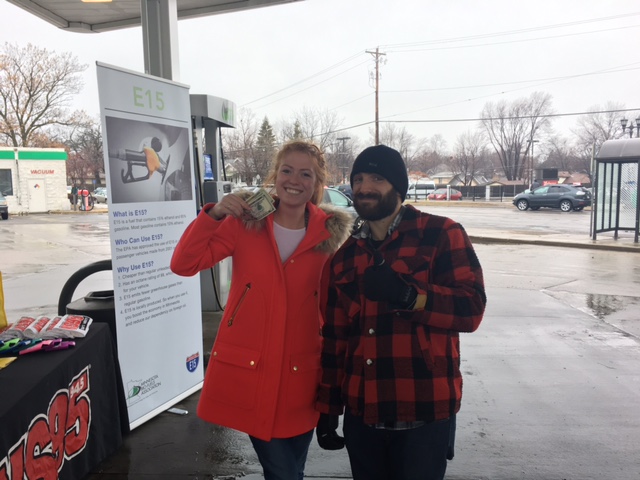 From 11 am to 12 pm, customers who fueled up with E15 at Highland Service Minnoco on 485 Snelling Avenue South in St Paul won prizes from KS95 and MBA.

Among the prizes included $25 in cash as well as KS95-branded merchandise. KS95 executive producer and personality, Rudy Pavich, was on site with MBA staff to educate customers on the benefits of using E15 and hand out prizes.

The hour-long promotion saw many drivers trying E15 for the first time, some of whom found it surprising that a higher octane fuel was sold at a discount to regular unleaded gasoline.

"Events like this are a good platform to educate and encourage drivers to fuel up with E15. Once they understand that it has a high octane rating, is better for the environment, is better for Minnesota's economy, makes us more energy independent, and - to top it off - cheaper than regular gasoline, the decision to switch to E15 is an easy one," said Tim Rudnicki, MBA executive director. 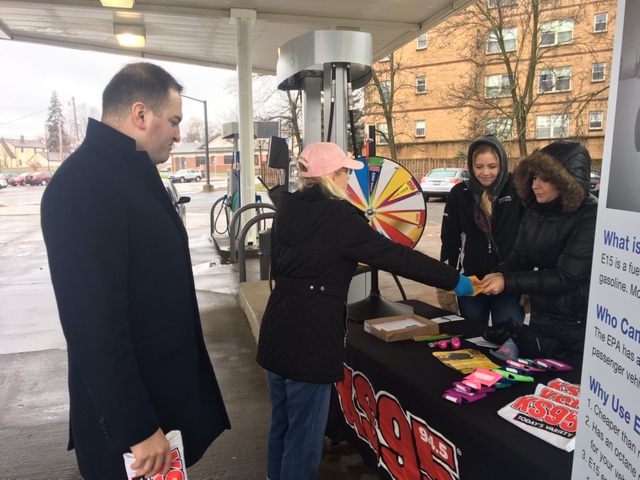 Today's event closes an eventful year for E15 in Minnesota. Since January, the number of stations offering E15 in the state has tripled to 36, of which 16 are in the Twin Cities metro area.

St Paul's Highland Service Minnoco was one of the new stations that began offering E15 this year.

E15 sales in Minnesota in October reached an all-time high of 472,172 gallons (nearly double the amount sold the previous month). Total E15 sales this year as at Oct 31 closed in at 2.04 million gallons, nearly eight times the amount sold for the whole of 2014.

The funds will be used to install or retrofit 620 pumps to dispense fuels like E15 and E85 in 165 stations in the state.