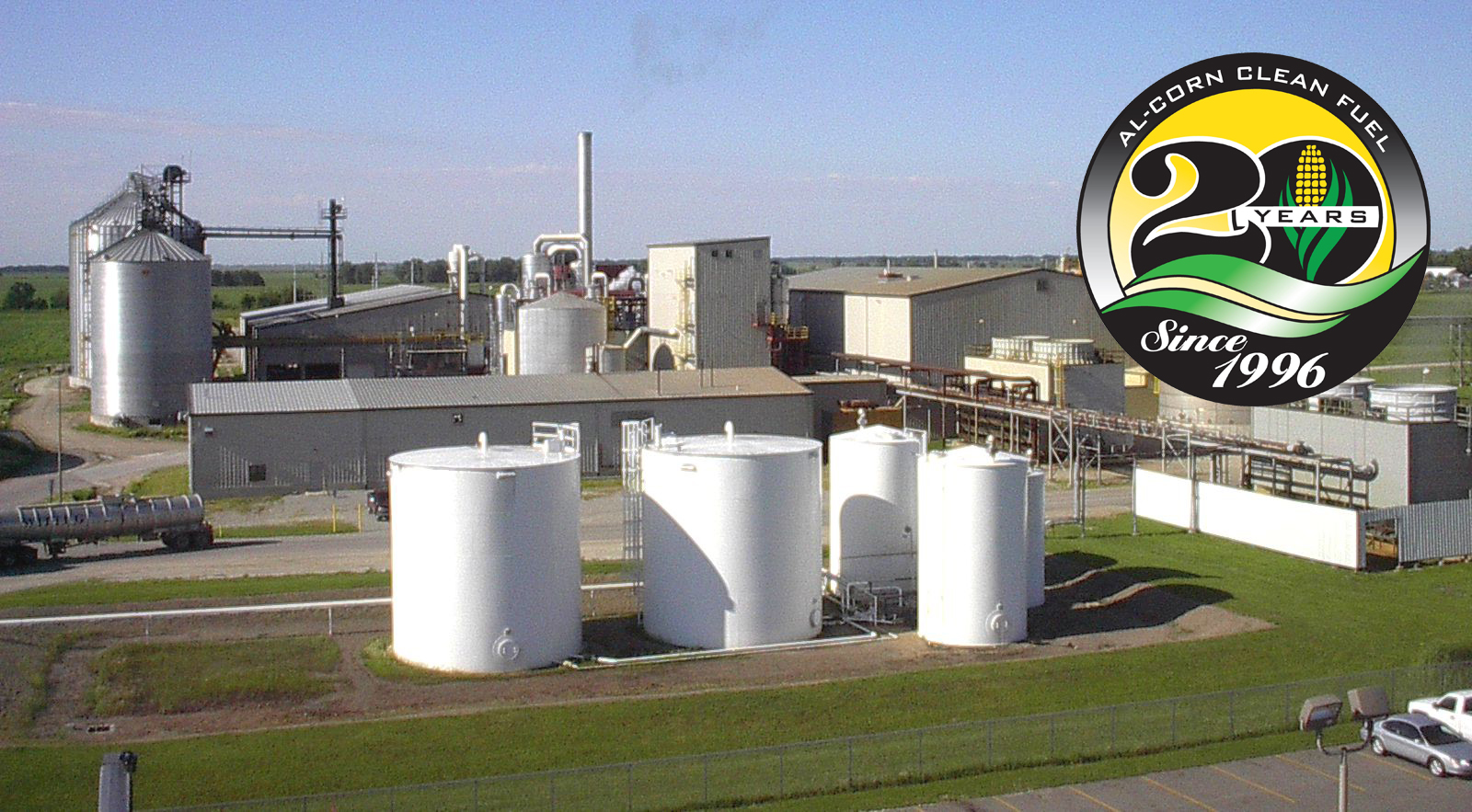 “It took courage and energy to create the organization that stands today as Al-Corn Clean Fuel; everyone played a significant role,” said Randall Doyal, CEO of Al-Corn.

Al-Corn was established in 1994 by local farmers who were looking for new opportunities to add value to their corn corp. In 1996, Al-Corn commenced operations producing 10 million gallons of ethanol a year.

Doyal said a majority of Al-Corn’s shareholders today still live within a 20-mile radius of the plant. Even some of its board members like its current chairman, Rodney Jorgenson, have been with Al-Corn since 1994.

“When I think back over the last 20 years, I’m reminded of what can be accomplished when people band together with common purpose. As farmers, our goal was to increase the price of our corn through processing. I doubt any of us could have imagined the success we would have,” Jorgenson said.

In the last few years, Al-Corn’s has been producing 50 million gallons of ethanol annually and it recently announced it will expand its capacity in 2017 to produce 120 million gallons a year, which will make Al-Corn one of the largest ethanol producers in the state.

In conjunction with Al-Corn’s 20-year anniversary, it sponsored E85 promotions at two Kwik Trips in Owatonna and hosted a celebratory dinner with shareholders, industry partners and local and state government officials at the Four Season Building on the Steele County Fairgrounds in Owatonna.

Al-Corn is a member of the Minnesota Bio-Fuels Association, a non-profit trade association that represents Minnesota’s renewable fuels industry.

“For 20 years, Al-Corn has played an active role in reducing prices at the pump, giving consumers access to cleaner fuels and reducing our nation’s dependency on foreign oil,” said Tim Rudnicki, executive director at the Minnesota Bio-Fuels Association.

In the past 20 years, Al-Corn has processed over 226 million bushels of corn and supported the corn farmers in Claremont and its surrounding areas.

During its two decades of operations, Al-Corn has increased its ethanol yield per bushel to 2.85 gallons per bushel and reduced its energy usage by over 35 percent.

“As the membership of Al-Corn looks to the future, the standard that guides the cooperative is the same as it has always been: dynamic growth to protect and enhance the value of processing so that all members benefit,” Doyal said.