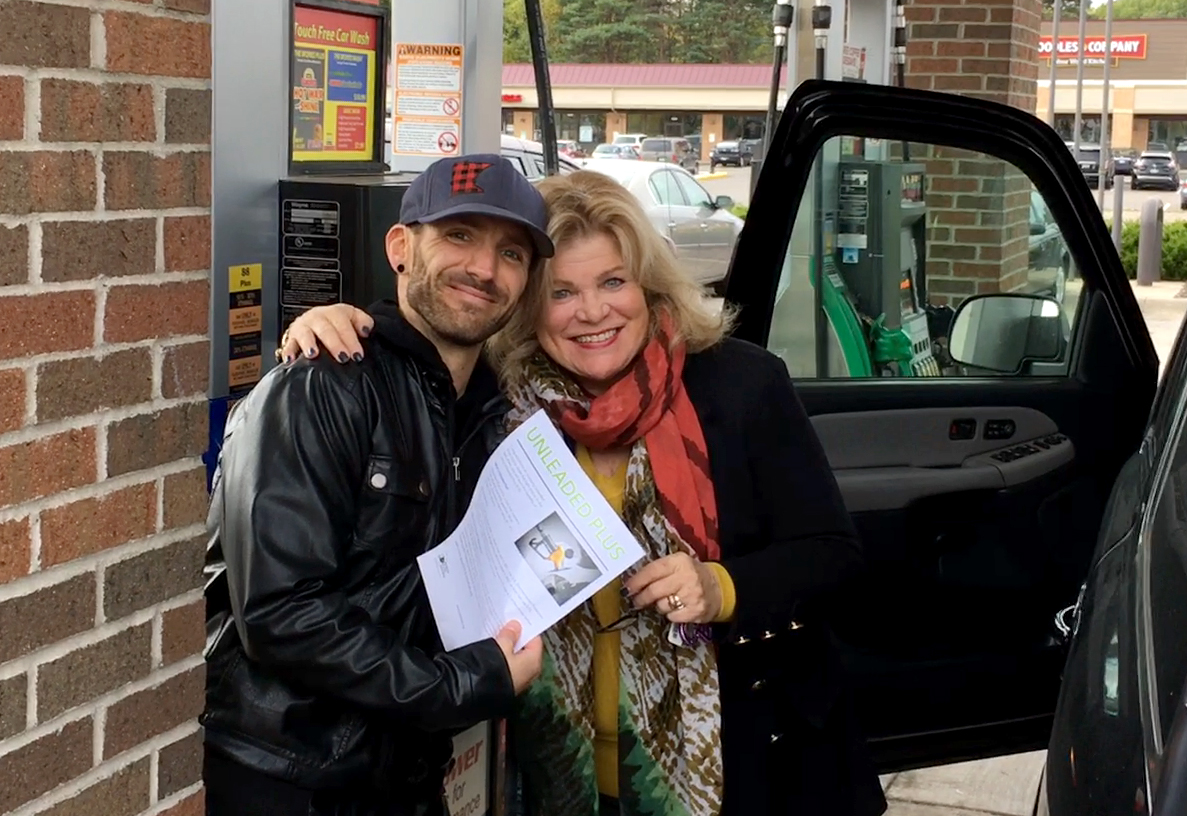 Minneapolis, Oct 11 – The Minnesota Bio-Fuels Association (MBA) and KS95 FM teamed up today to reward drivers who chose E15 (Unleaded Plus) at the Holiday station on Centerville Road in White Bear Lake.

KS95’s Rudy Pavich was at the station with MBA staff to educate drivers on the benefits of using E15, which is cheaper than regular unleaded but has a higher octane value and lower carbon emissions.

Among the rewards given included $20 in cash, $25 gift vouchers to Chili’s and KS95 merchandise.

“This is the fifth time we’ve partnered with KS95 this year to encourage drivers to use a clean fuel that is made in Minnesota and makes America more energy independent,” said Tim Rudnicki, MBA executive director.

The Holiday station in White Bear Lake is one of over 50 stations in the Twin Cities metro area that offers E15. Throughout Minnesota, there are over 170 stations that offer E15.

Last week, the Minnesota Department of Commerce announced E15 sales in Minnesota in 2017 as at the end of August totaled 6.45 million gallons, breaching the 6-million-gallon-mark for the first time.