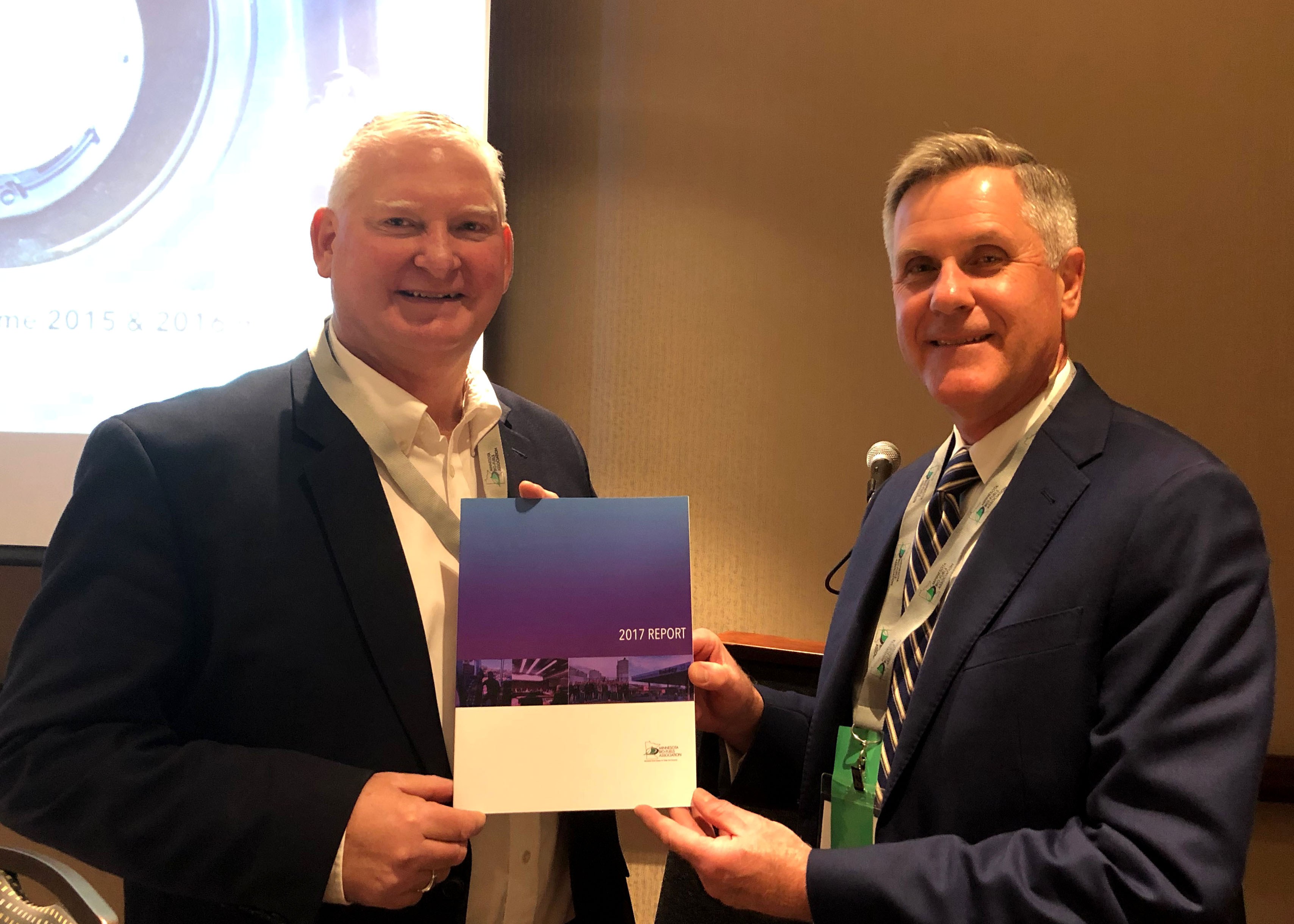 Picture Caption : MBA's board president, Brian Kletscher, and executive director, Tim Rudnicki, at the launch of the 2017 report.

Minneapolis, Dec 14 - The Minnesota Bio-Fuels Association (MBA) released its 2017 Report to its producer and vendor members at a networking event in Prior Lake yesterday.

The report provided members with an overview of Minnesota's ethanol industry in 2017 and the various projects MBA undertook to grow ethanol consumption in the state.

"These projects centered around making substantive progress in lowering artificial barriers to ethanol as well as increasing access and demand for E15. For example, we carried out advocacy intitiatives for a 21st century regulatory permitting process, generated over 12 million ad impressions to drive consumers to E15 fuel dispensers and played a pivotal role in expanding the network of retailers offering E15 to 250," said Tim Rudnicki, MBA executive director.

He added that there were several serious challenges in 2017, most notably towards the Renewable Fuel Standard as well as shortages in funding to assist independent fuel retailers in transitioning mid-grade fuel to E15.

The report highlights progress MBA made in the fields of advocacy, communications, fuel marketing and supply in 2017.

"Looking forward, there will be more opportunities and challenges for our industry in 2018 as we drive the systemic change required to displace 30 percent of the petroleum consumed by Minnesota's transportation sector with biofuels by 2025," Rudnicki said.