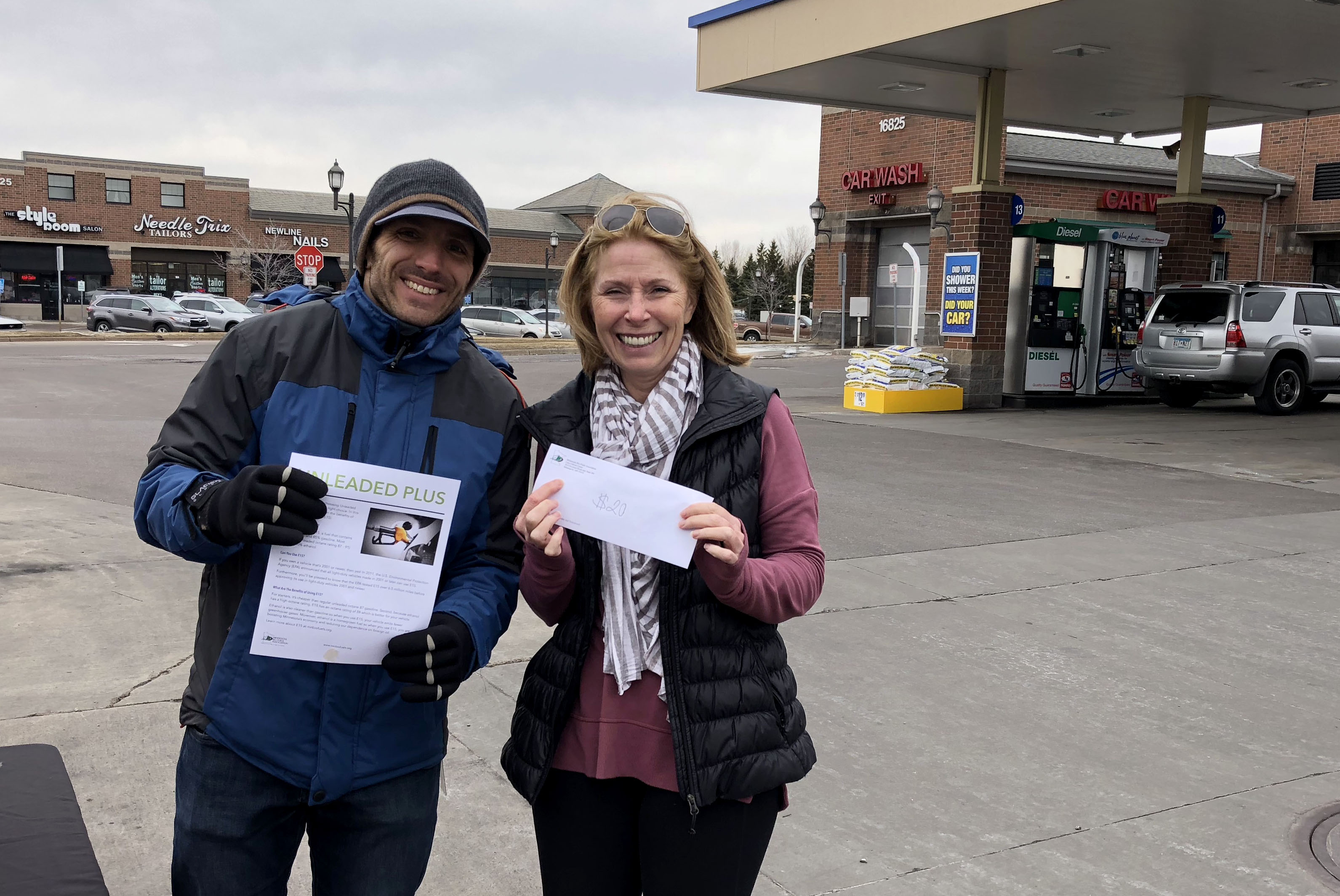 Plymouth, Mar 23 – The Minnesota Bio-Fuels Association (MBA) and KS95 FM teamed up today to reward drivers who chose E15 during a two-hour long promotion at the Holiday station on County Road 24 in Plymouth.

KS95 personality, Rudy Pavich, was at the station with MBA staff to educate drivers on the benefits of using E15.

“Today’s event was an opportunity for us to talk to consumers on why they should choose E15. It’s cheaper than regular unleaded, has an octane rating of 88, is better for the environment and is made right here in Minnesota,” said Tim Rudnicki, MBA’s executive director.

He added MBA and KS95 will be teaming up again in the coming weeks at a different station in the Twin Cities metro to educate more drivers on E15.

The Holiday in Plymouth is one of over 250 stations in Minnesota that offer E15.