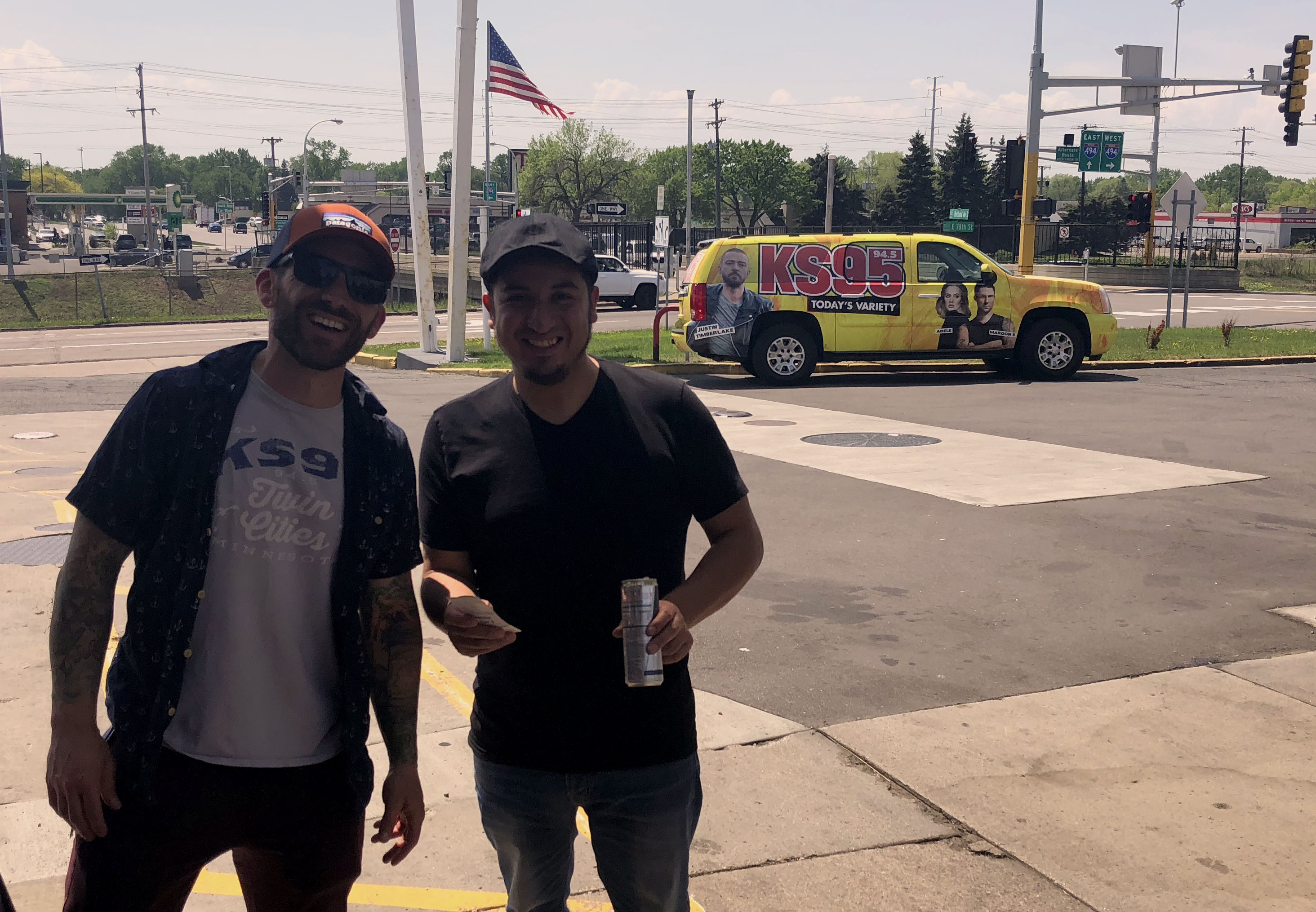 Minneapolis, May 17 - The Minnesota Bio-Fuels Association (MBA) and KS95 FM teamed up today to reward drivers who switched to Minnesota-made E15 at the Winner station in Richfield.

From 11:30 am to 12:30 pm, MBA and KS95 rewarded 25 drivers who chose Unleaded Plus (E15). Among the prizes given included $20 in cash, tickets to the Minnesota Twins, St Paul Saints, Minnesota Zoo, gift cards to Chili's and KS95 merchandise.

The radio station's personality, Rudy Pavich, was at the station with MBA staff during the promotion educating drivers on the benefits of using E15.

"As gas prices keep increasing, more and more drivers are searching for a cheaper alternative. Today's promotion was a chance for us to educate consumers on how E15 not only provides them with savings at the pump but also reduces harmful greenhouse gas emissions and boosts the economy in Minnesota," said Tim Rudnicki, executive director of the Minnesota Bio-Fuels Association.

E15 was priced 10 cents less than regular unleaded at Winner.

Today's promotion at the Winner in Richfield was the fourth time MBA and KS95 have teamed up this year at a station in the Twin Cities metro area to educate drivers on the various benefits of using E15. The next promotion will be at a Holiday in St Paul on May 24. More details on the promotion will be announced on MBA's Facebook and Twitter channels early next week.