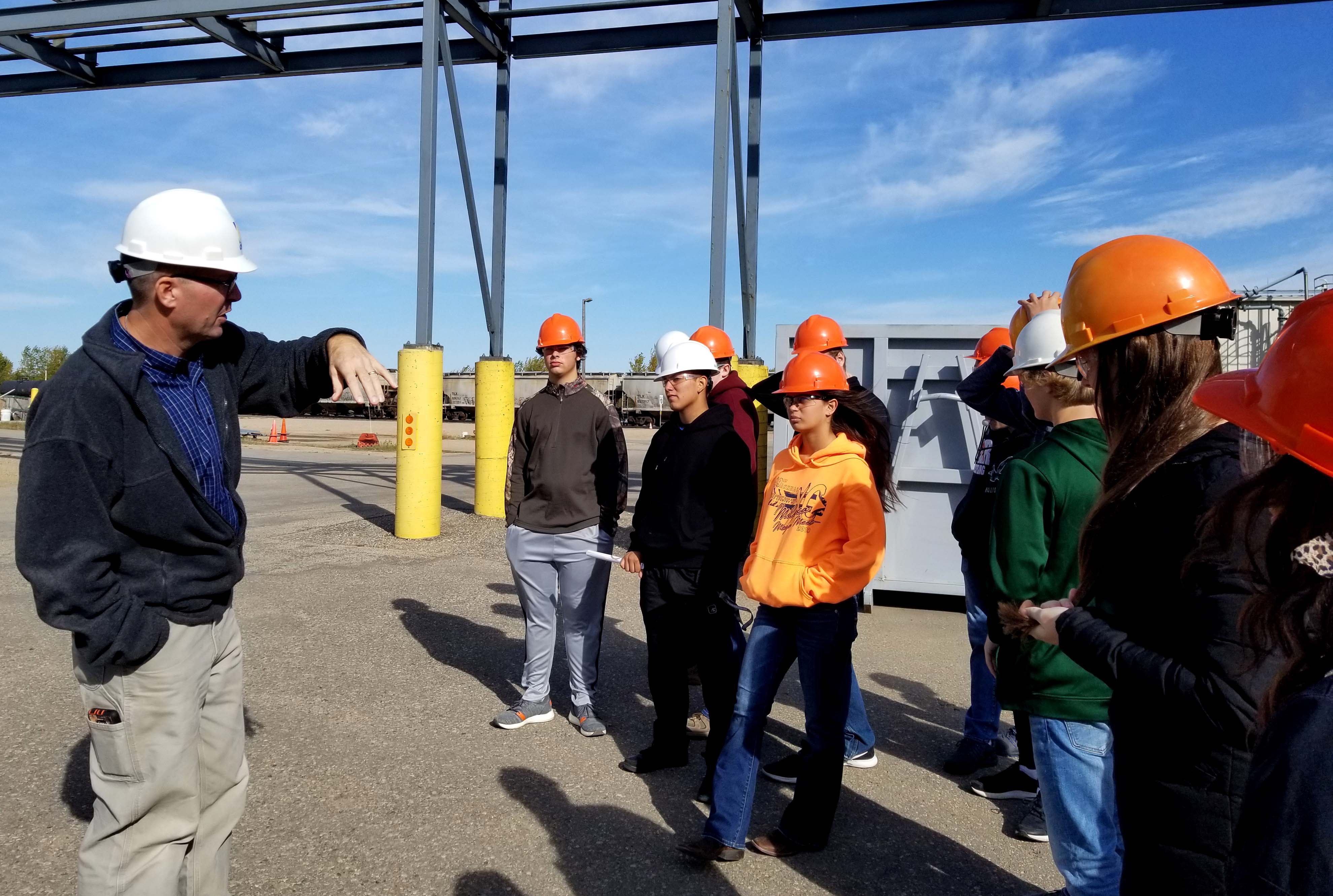 “We are always happy to give tours of our plant and explain how the ethanol industry benefits consumers, local farmers and the environment,” said Chad Friese, CEO of CVEC.

The students, from grades nine to 12, toured the various stages and processes of ethanol production at CVEC, which produces 50 million gallons of ethanol a year.

CVEC commenced operations in 1996 and currently has 50 employees. It has hosted many tours over the years for high school students, 4-H’ers, and local agriculture and science programs. The tour was organized by the Minnesota Bio-Fuels Association (MN Biofuels). CVEC is a member of MN Biofuels.

“The ethanol industry is a vital driver of economic activity in rural Minnesota. CVEC’s operations benefits farmers in Benson and its surrounding areas,” said Tim Rudnicki, executive director of the MN Biofuels.

The students were from Morris High School’s Ag Processing and Rec Vehicles classes.

Nick Milbrandt, agriculture teacher at Morris Area High School, accompanied his students during today’s tour. Milbrandt had previously toured CVEC with his classes in the fall of 2017.

“This tour helps with the understanding of the process to make ethanol and how it can be used in vehicles,” said Milbrandt.