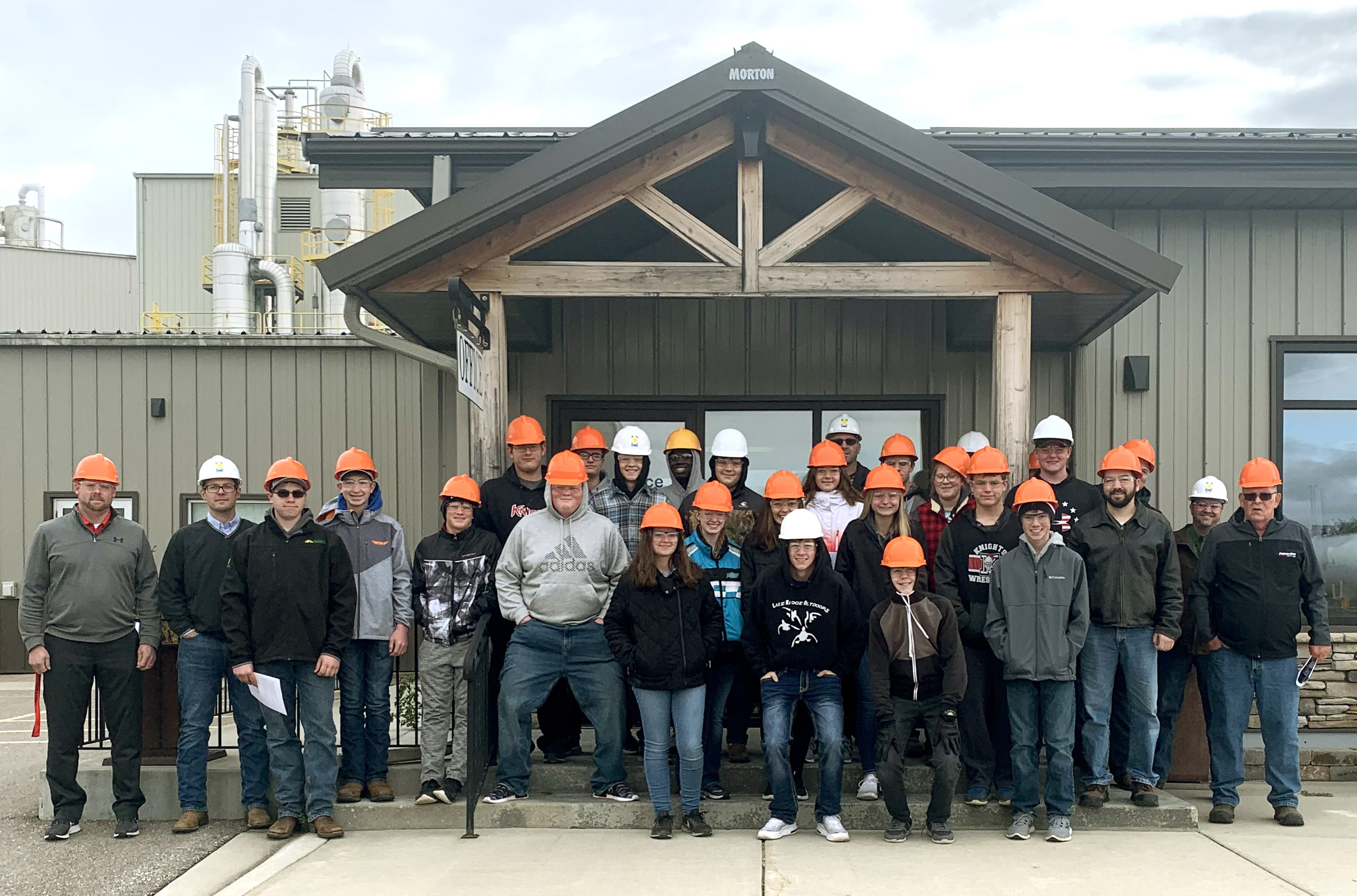 The students, from grades 10 to 12, toured the various stages and processes of ethanol production at CVEC, which produces 50 million gallons of ethanol a year.

“We were pleased to welcome students from West Central Area today. These tours provide our staff an opportunity to showcase the many positive benefits of homegrown ethanol production and potential career opportunities available in the ethanol industry,” said Chad Friese, CEO of CVEC.

The tour was organized by the Minnesota Bio-Fuels Association (MN Biofuels) and sponsored by Novozymes, a global microbe and enzyme provider, and supporter of Minnesota’s ethanol industry. CVEC and Novozymes are members of MN Biofuels.

“Our students live in western Minnesota and many live on crop farms but may not know what their crops are used for. Others might be interested in career opportunities within the biofuels industry but need to be exposed to those options in order for them to consider the possibilities,” said Sawatzke.

He said biofuels are part of the curriculum for his Ag 9 class.

“Ethanol plays a big role in the lives of many students at West Central Area whether they know it or not. Many of the students live on farms that produce corn that will be converted into ethanol. Some of these students may very well end up in the ethanol industry in the future and this tour could have an impact on them many years from now,” Sawatzke added.