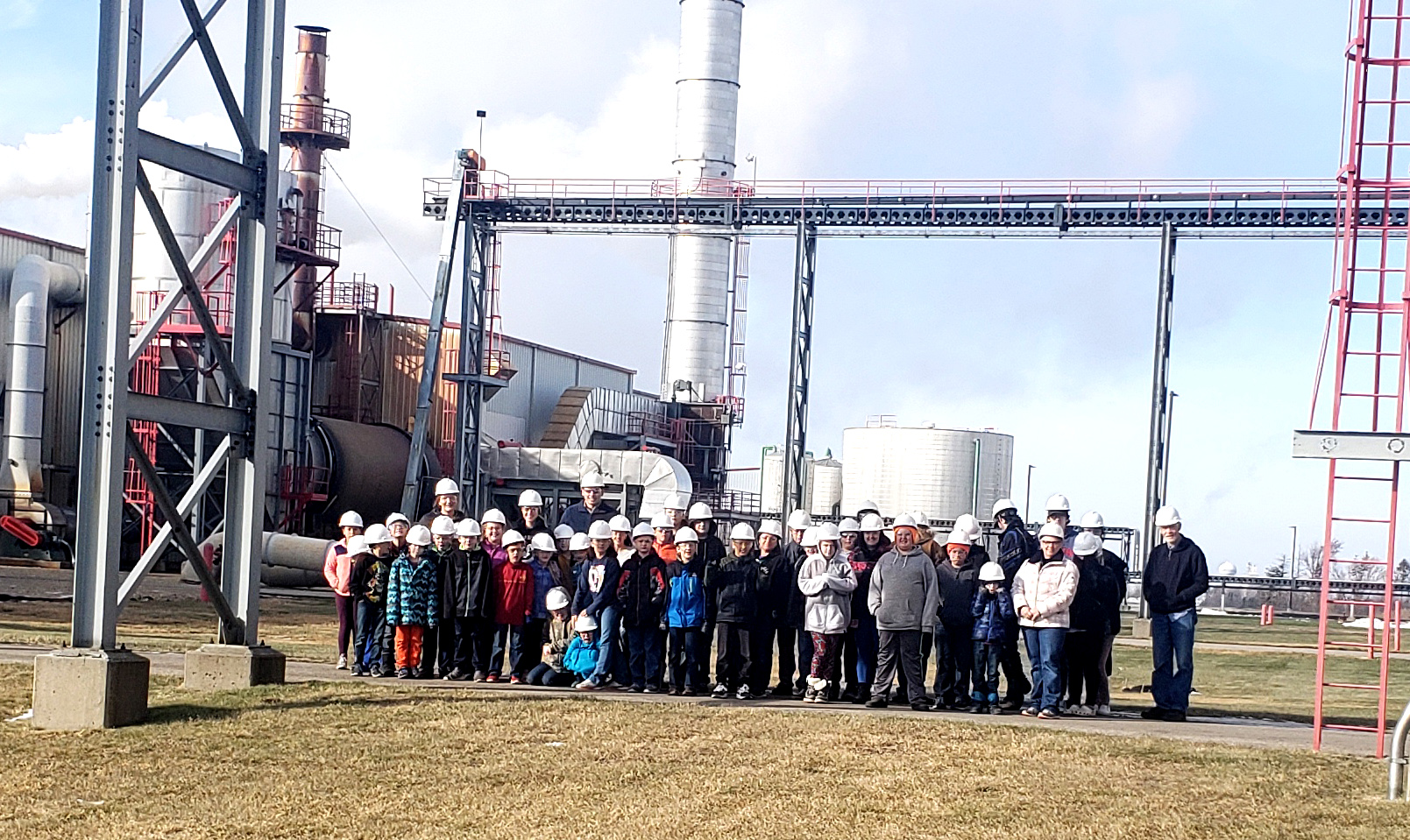 “It’s always a pleasure to host students who are eager to learn about the renewable fuels industry. Through these tours we have the opportunity to educate the next generation on ethanol’s ability to reduce greenhouse gas emissions, stimulate the rural economy and lower prices at the pump for consumers,” said Jeanne McCaherty, CEO of Guardian Energy.

The students that participated in the tour were a mix of elementary and high school students from grades four to 12.

Guardian Energy commenced operations in 2009 and currently has 50 employees. It has hosted many tours over the years for high school students, FFA groups, 4-H’ers, and local agriculture and science programs.

The tour was organized by the Minnesota Bio-Fuels Association (MN Biofuels), a non-profit trade organization that represents the ethanol industry in Minnesota. Guardian Energy, which produces 150 million gallons a year, is a member of MN Biofuels.

“We have students studying the changes in cars and transportation through history, and ethanol is part of that history. It is important to see the complex process of how corn can be turned into fuel,” she said.