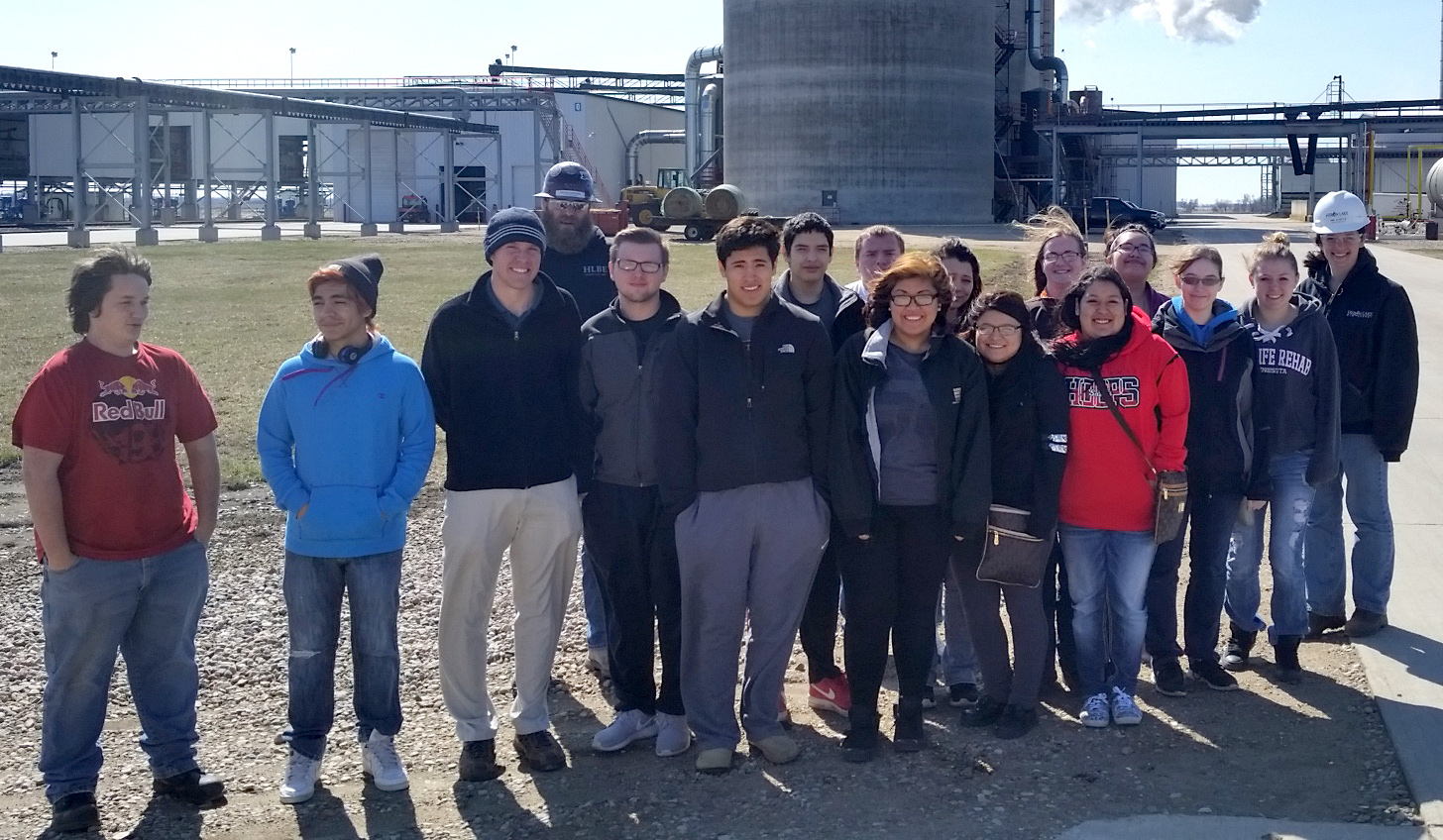 During the 90 minute tour, the students were briefed on the various processes of ethanol production at Heron Lake Bionergy, which produces 61 million gallons of ethanol a year.

“We were pleased to welcome the students from Butterfield-Odin High School. Science plays an important role in ethanol production and tours like this give students a first-hand look at how clean Minnesota-grown renewable energy is produced,” said Brodie McKeown, plant manager at Heron Lake Bioenergy.

During the tour, the students, all from the 11th grade, learned about incoming grain grading, grain handling, fermentation, grain storage, dried distiller grain production and storage, liquefaction and ethanol storage and shipment.

The ethanol plant tour was organized by the Minnesota Bio-Fuels Association, a non-profit trade organization that represents the ethanol industry in Minnesota.

“We organize these tours to show students how a homegrown renewable ingredient is converted into a clean fuel that continues to reduce harmful greenhouse gases.

“I wanted my students to visit an ethanol plant because we study alternative fuels in earth science and chemical reactions in chemistry. This year we specifically learned how to balance the chemical reaction that takes place when ethanol is burned.

“By touring an ethanol plant, my students can gain a better visual understanding of the concepts we have learned this year,” he said.

Petzel said the tour also educated his students on the value and necessity of alternative fuel sources.

“I do not have any former students that I know of that work in the ethanol industry. However, I could envision some of my current students becoming interested in careers in this industry following this field trip,” he added.