St Paul Drivers Get Rewarded For Choosing Unleaded Plus 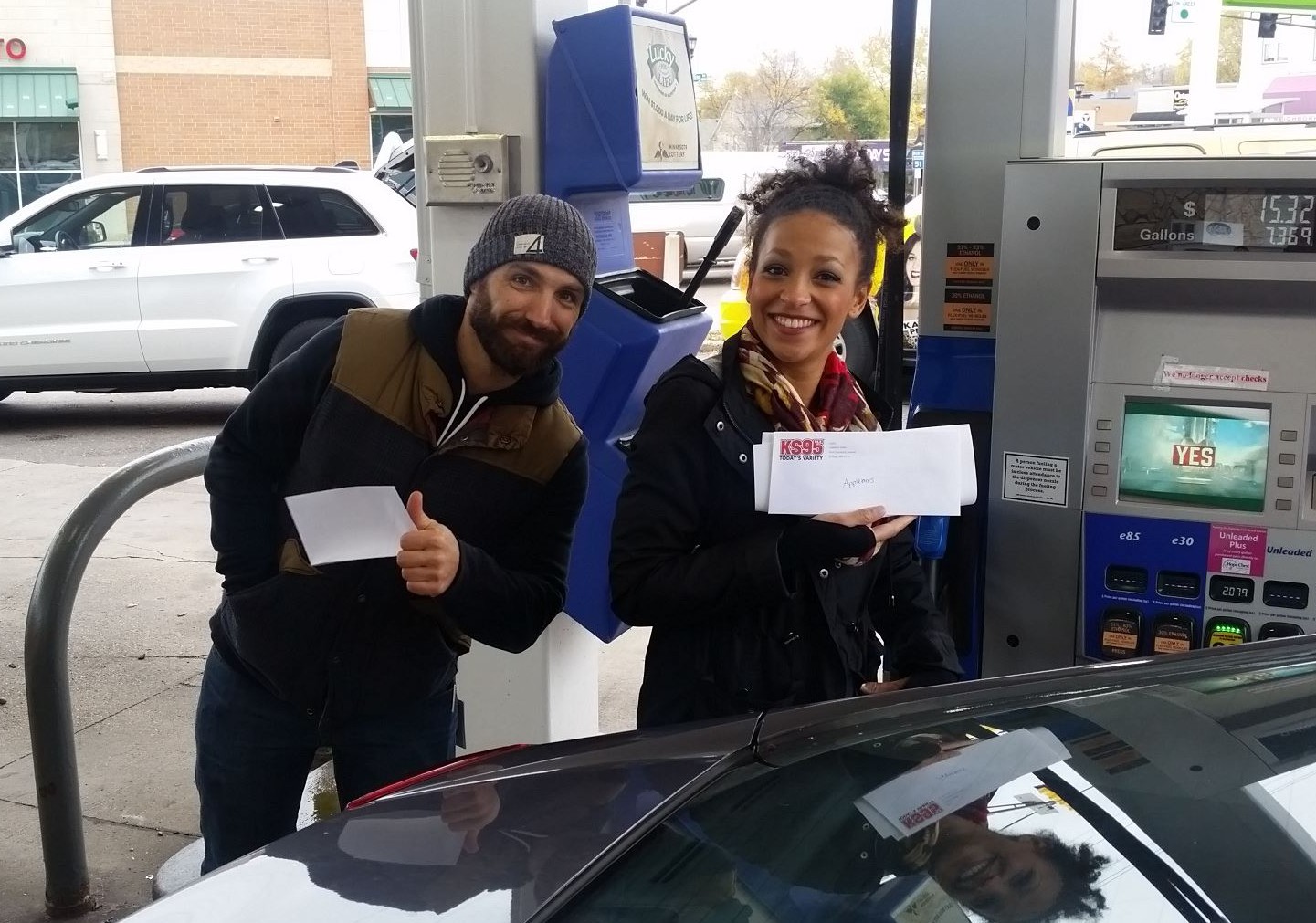 St Paul, Oct 28 – The Minnesota Bio-Fuels Association (MBA) and KS95 FM teamed up Oct 27 to reward drivers who switched to Unleaded Plus (E15) during an hour-long promotion at Highland Service Minnoco.

During the promotion from 12:30 pm to 1:30 pm, MBA and KS95 rewarded 12 drivers who chose Unleaded Plus instead of regular unleaded.

Among the prizes given included $25 in cash, Applebee’s gift cards, tickets to the Minnesota Zoo, tickets to the Crayola Experience at the Mall of America and KS95 merchandise.

KS95 personality, Rudy Pavich, and MBA staff were on site to educate drivers on the benefits of switching to Unleaded Plus.

“More and more drivers are choosing E15. They like the fact that it’s cheaper than regular gas, made in Minnesota and better for the environment,” said Tim Rudnicki, MBA’s executive director.

From January to August this year, a total of 3.22 million gallons of E15 was sold in Minnesota, surpassing the total volume sold in the whole of 2015 (3.09 million gallons).