Over A Million Gallons Of E15 Sold In MN In March 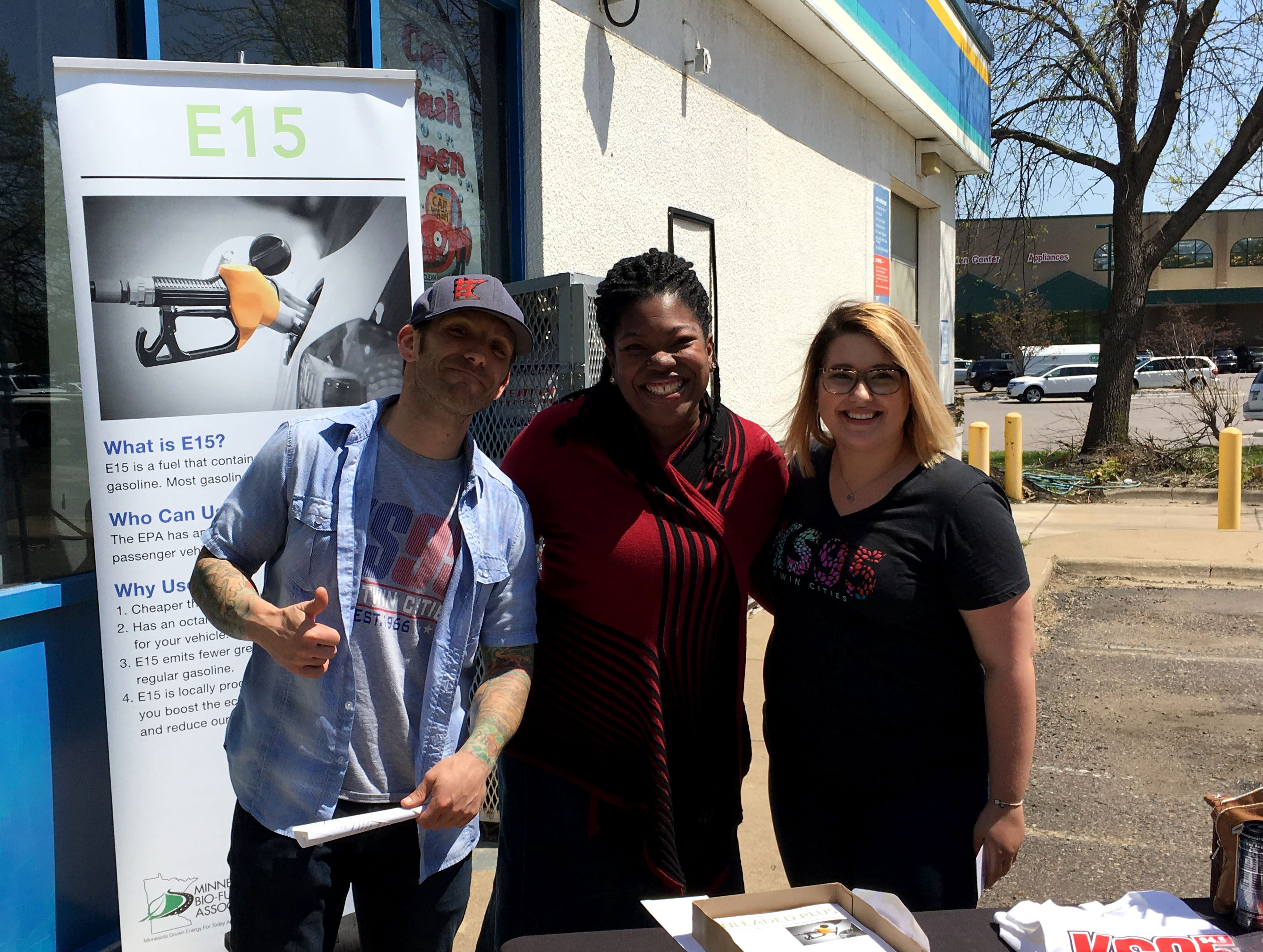 Minneapolis, May 5 – For the first time ever, monthly E15 sales in Minnesota exceeded a million gallons.

In addition, the department also revised the volume of E15 sold in February to 904,944 gallons instead of the 855,593 gallons it had previously reported.

“This is a significant milestone in Minnesota and proof more and more consumers are switching to E15. It’s cheaper than regular unleaded, reduces emissions and is made right here in Minnesota,” said Tim Rudnicki, executive director of the Minnesota Bio-Fuels Association (MBA).

As at end March, there were 94 stations in Minnesota that sold E15. At present, there are 143 stations that offer E15.

Meanwhile, MBA and KS95 teamed up today to reward drivers who switched to E15 during an hour-long promotion at Minnoco Brooklyn Park.

From 12:30 pm to 1:30 pm, MBA and KS95 rewarded 24 drivers who chose E15 over regular unleaded. Among the prizes given included $20 in cash, tickets to the Minnesota Zoo and KS95 merchandise.

KS95 personality, Rudy Pavich, and MBA staff were at Minnoco Brooklyn Park educating drivers on the benefits of using E15.

Today’s event is the third time both MBA and KS95 have teamed up this year to promote E15. In April, MBA and KS95 were at Highland Service Minnoco in St Paul and Holiday on County Road 24 in Plymouth to encourage drivers to switch to E15.