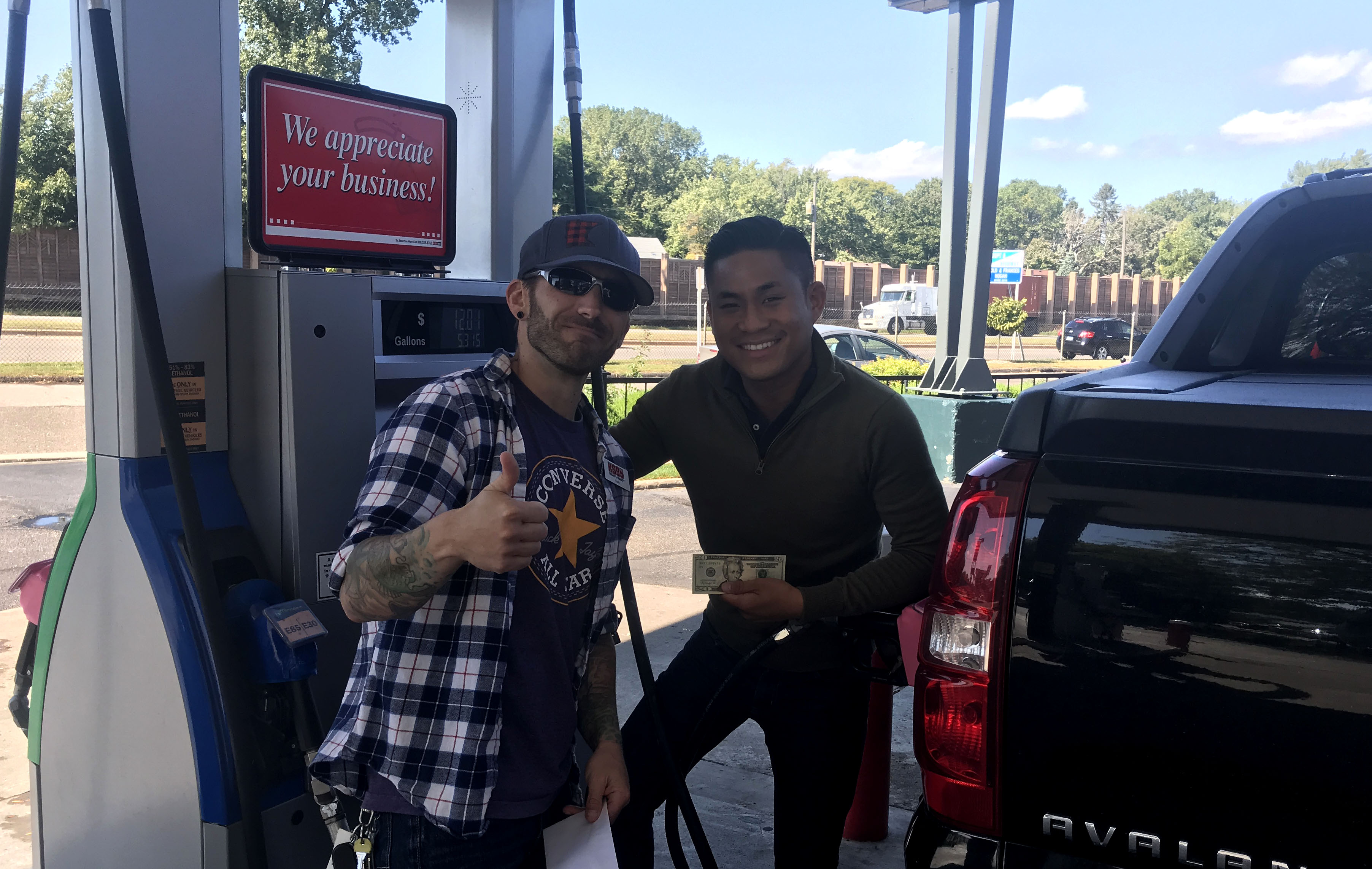 Minneapolis, Sept 21 – The Minnesota Bio-Fuels Association (MBA) and KS95 FM teamed up on Sept 20 to reward drivers who fueled up with E15 (Unleaded Plus) at Bona Bros Minnoco in Fridley.

Among the prizes given were $20 in cash, $25 gift certificates to Chili’s and KS95 merchandise. In addition, E15 was priced 15 cents per gallon less than regular unleaded during the promotion.

“As gas prices rose the last few weeks, more consumers have been switching to E15. At most stations in Minnesota, E15 is on average 10 cents cheaper than regular unleaded.

“Besides saving at the pump, consumers at yesterday’s event were keen on using a fuel that has a higher octane, reduces greenhouse gas emissions and is made in Minnesota,” said Tim Rudnicki, MBA executive director.

There are currently over 150 stations in Minnesota that offer E15 with over 50 in the Twin Cities metro area.