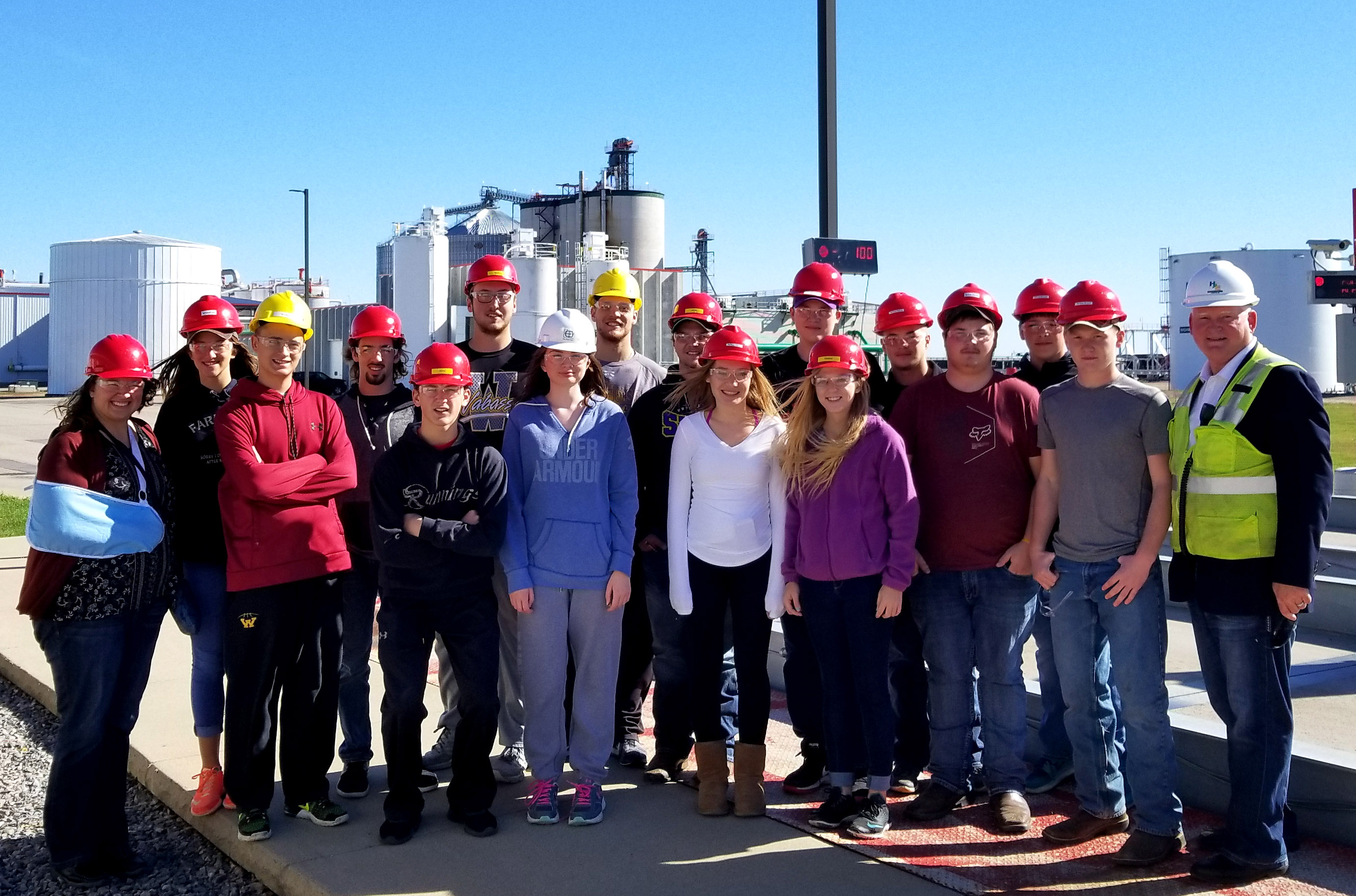 During the tour, the students learned about the various processes in ethanol production at Highwater Ethanol, which produces 59.5 million gallons a year.

“We regularly host high school students at our plant to get a first-hand look at how clean Minnesota-grown renewable energy is produced in our facility. It’s important for students to learn about the ethanol production process and its role in creating jobs in rural Minnesota while also reducing state greenhouse gas emissions,” said Brian Kletscher, CEO of Highwater Ethanol.

Wabasso High School agriculture teacher, Lisa Roker, accompanied her students during today’s tour and said it was beneficial for her students to learn about career opportunities in the ethanol industry.

“By attending the plant tour, the students learned more about the importance of biofuels and ethanol. I believe they left the tour with a new perspective and a better understanding for an industry that operates in close proximity to the towns they live in,” she said.