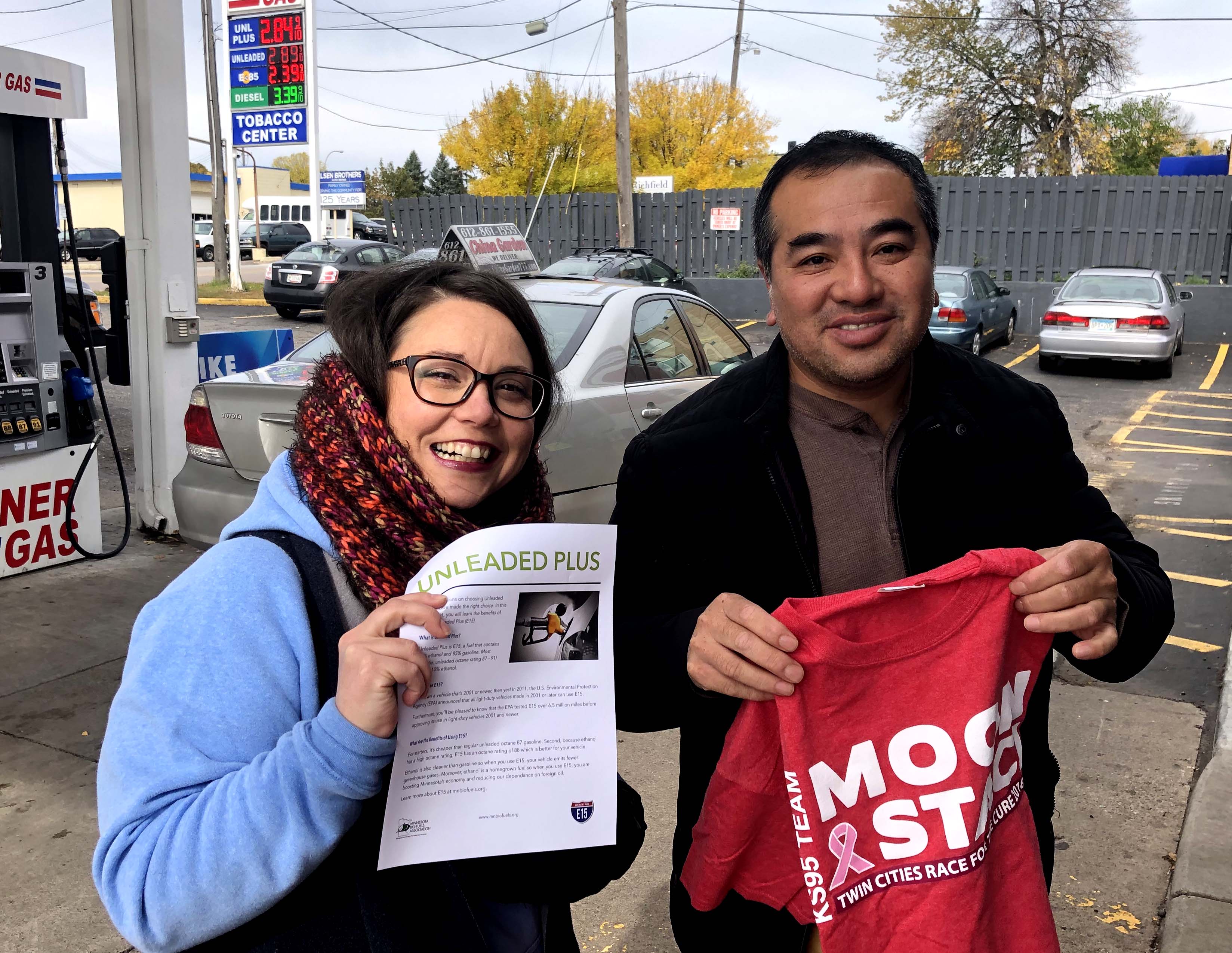 Minneapolis, Oct 12 - The Minnesota Bio-Fuels Association (MN Biofuels) and KS95 FM teamed up today to reward drivers who switched to Unleaded Plus (E15) during a two-hour promotion at the Winner station on Portland Avenue in Richfield.

From 11:30 am to 1:30 pm, MN Biofuels and KS95 FM rewarded 25 drivers who chose to fuel up with E15. Among the prizes given were $20 in cash, tickets to the Minnesota Zoo, gift cards to Chili's and Applebee's and KS95 merchandise.

During the promotion, KS95 personality, Carissa Sherman, spoke and educated drivers on the benefits of using E15.

"Today's promotion was the ninth time we've teamed up with KS95 this year to promote E15 to drivers in the Twin Cities metro. As the availability of E15 increases, it's important for us to educate drivers on how using E15 reduces greenhouse gas emissions, supports Minnesota's economy, makes America more energy independent and saves them at the pump," said Tim Rudnicki, executive director at MN Biofuels.

According to data from the Minnesota Department of Commerce, nearly 40 million gallons of E15 have been sold in Minnesota this year as at the end of August, more than double the volume sold for the whole of 2017 (19.05 million gallons).

Earlier this week, the Trump Administration said it would be directing the EPA to begin a rulemaking process to provide E15 with a reid vapor pressure (RVP) waiver for the summer months, thus allowing it to be sold throughout the year. At present, E15 cannot be sold from June 1 to Sept 15.