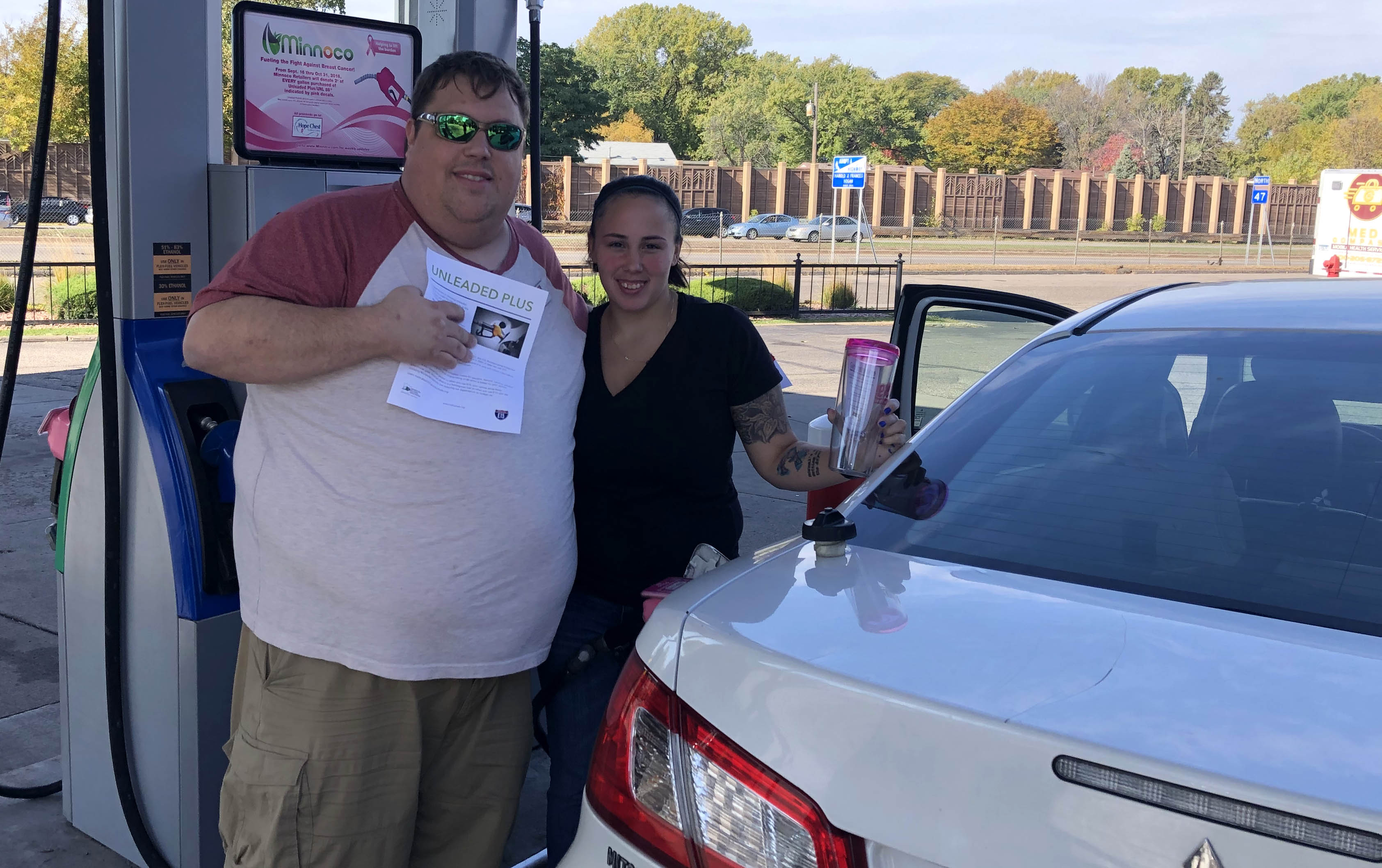 Picture Caption: KS95's Crisco with a driver who made the switch to E15 at Bona Brothers Minnoco

Minneapolis, Oct 19 - The Minnesota Bio-Fuels Association (MN Biofuels) and KS95 FM rewarded drivers who fueled up with Unleaded Plus (E15) during an hour-long promotion at Bona Brothers Minnoco in Fridley today.

KS95 personality, Crisco, was at the station during the promotion educating drivers on the benefts of using E15.

"For the last several weeks we have gone out to various stations in the Twin Cities metro with KS95 and have found that more and more drivers are eager to switch a fuel that emits fewer greenhouse gases, costs less than regular unleaded and is made right here in Minnesota," said Tim Rudnicki, MN Biofuels executive director.

Today's promotion was the 10th time both MN Biofuels and KS95 have teamed up this year to educate and promote E15 to drivers in the Twin Cities.

Earlier this month, the Minnesota Department of Commerce announced that nearly 40 million gallons of E15 have been sold in Minnesota as at the end of August this year, more than double the volume sold for the whole of 2017 (19.05 million gallons).