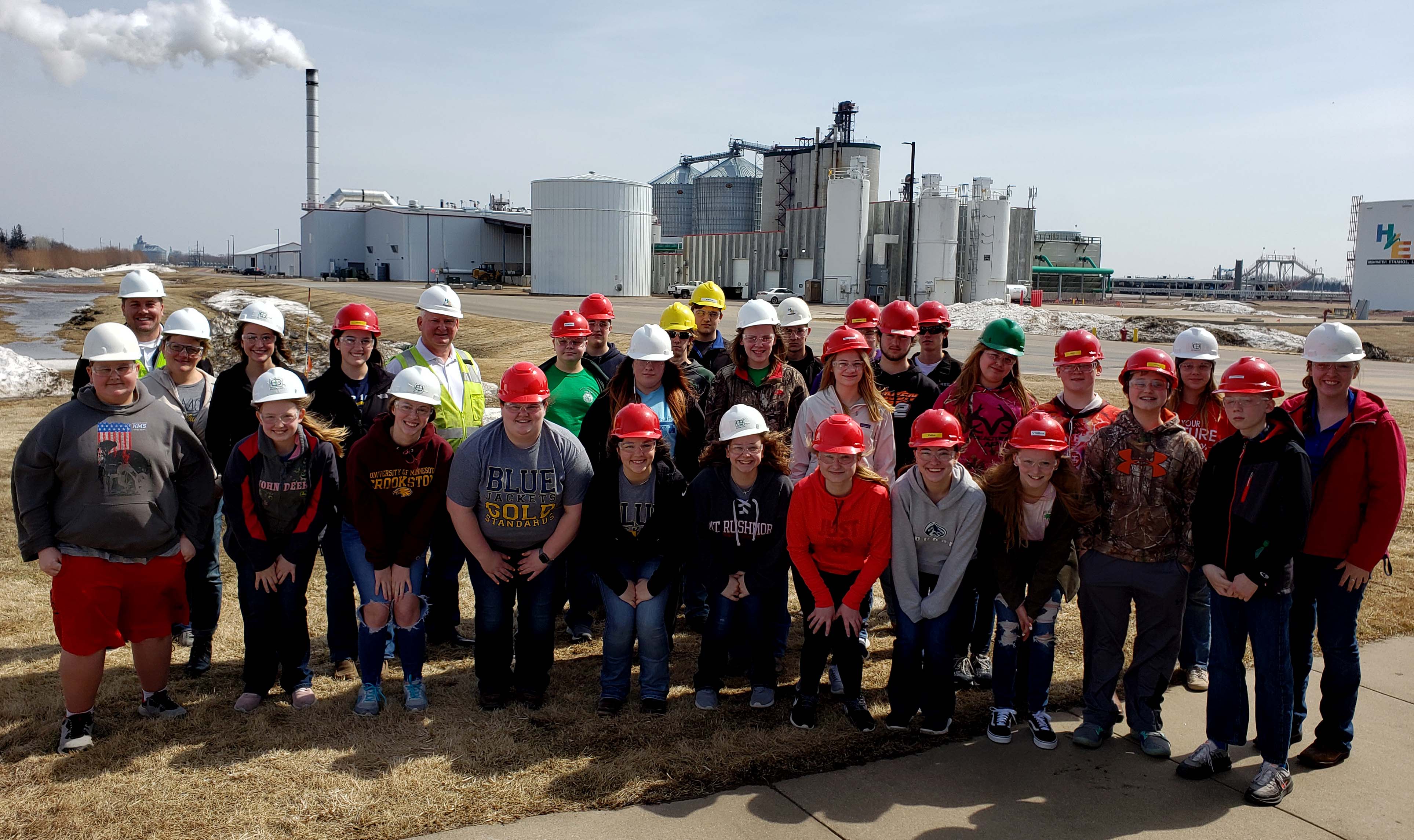 “We were pleased to welcome Cedar Mountain High School’s students to get a first-hand look at how clean Minnesota-grown renewable energy is produced.

“During the tour, they learned about the ethanol production process and its role in creating jobs in rural Minnesota while reducing greenhouse gas emissions,” said Brian Kletscher, CEO of Highwater Ethanol.

The tour was organized by the Minnesota Bio-Fuels Association (MN Biofuels), a non-profit trade organization that represents the ethanol industry in Minnesota and sponsored by Novozymes, a global microbe and enzyme provider, and supporter of Minnesota’s ethanol industry. Highwater Ethanol, which produces 59.5 million gallons of ethanol a year, and Novozymes are members of MN Biofuels.

"We believe it’s important for students to visit their local ethanol plants to learn more about ethanol and its economic and environmental benefits,” said Tim Rudnicki, executive director at MN Biofuels.

“This ethanol plant tour was beneficial because it gave the students an opportunity outside of the classroom to see careers in action.

“Without this tour, they wouldn’t have any idea that this would even be an option for them. I have now had a few students say that they know they could have a career in ethanol,” she said.