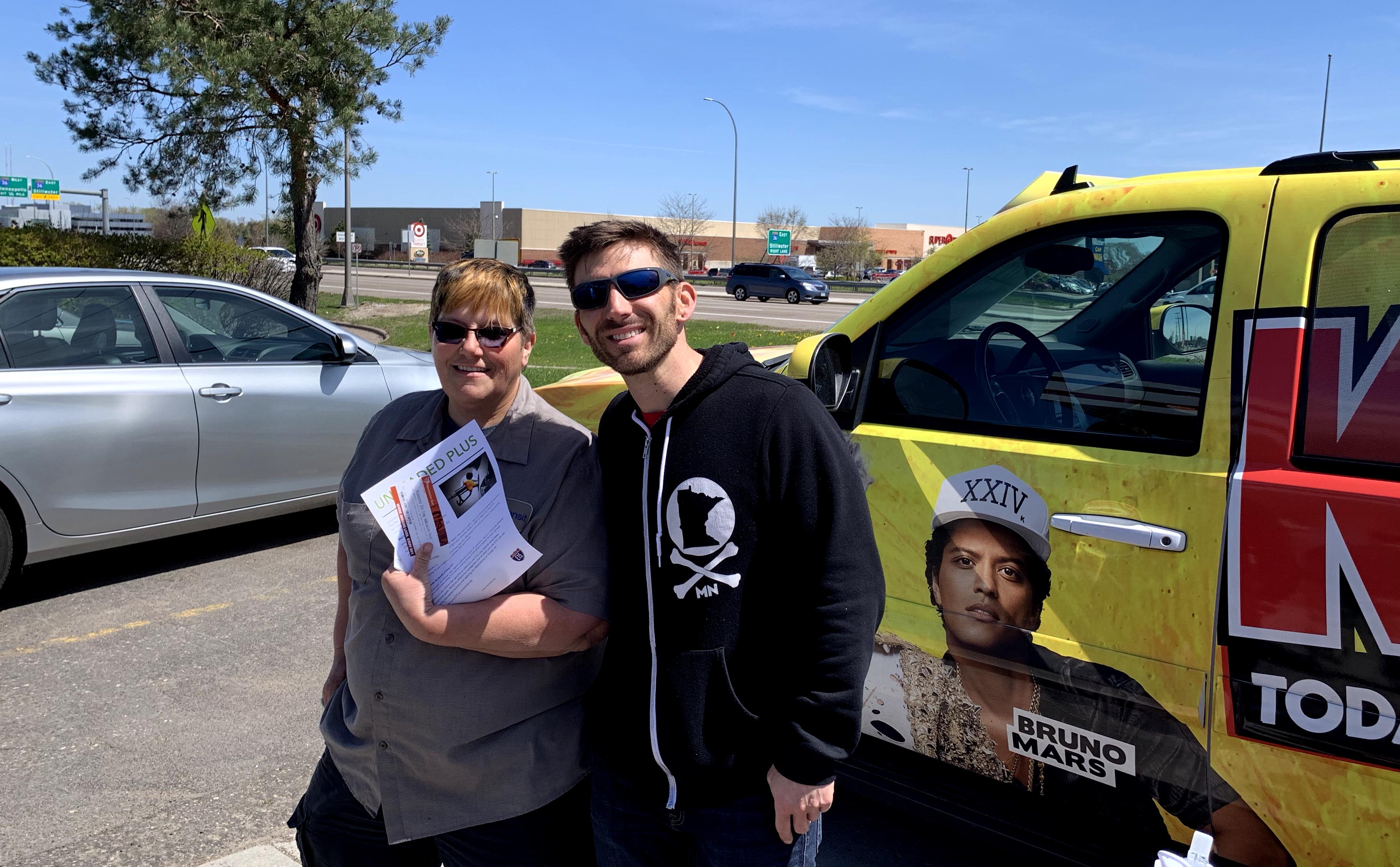 Minneapolis, May 7 – The Minnesota Bio-Fuels Association (MN Biofuels) and KS95 FM teamed up today to reward drivers at the Winner station on Snelling Avenue in Roseville who chose E15 during an hour-long promotion.

“Today’s event was our fourth event in four weeks with KS95. At each event, we’ve found more and more drivers are interested in switching to a fuel that is cheaper at the pump, curbs greenhouse gas emissions, boosts Minnesota’s economy and makes America more energy independent,” said Tim Rudnicki, executive director at MN Biofuels.

Prior to today’s event, both MN Biofuels and KS95 were previously promoting E15 at the Stop N Shop station in Minneapolis on April 29, Now Mart in New Hope on April 24 and the Holiday station on County Road 24 in Plymouth on April 18.