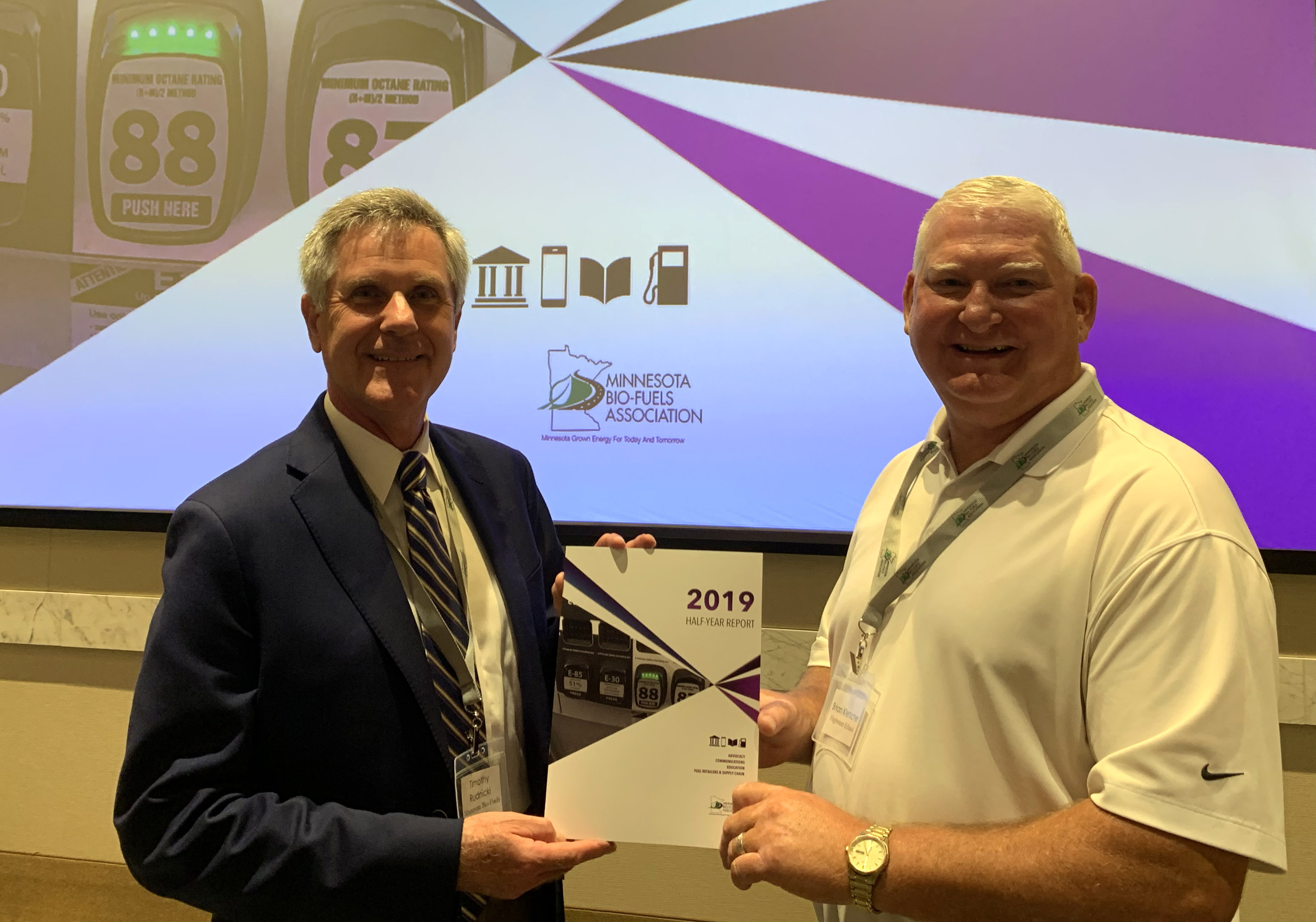 Picture caption (from left to right): Tim Rudnicki, executive director of MN Biofuels and Brain Kletscher, President of MN Biofuels with the 2019 First Half Report

Minneapolis, July 18 - The Minnesota Bio-Fuels Association (MN Biofuels) released its 2019 First Half Report to its members at a networking event in Prior Lake yesterday.

The report gave its members an overview of Minnesota's ethanol industry in the first six months of 2019 and the various projects undertaken by MN Biofuels to increase ethanol consumption in the state.

"The combined results of these projects lowered barriers to biofuels and created greater awareness of and access to higher consumer value, lower carbon-emitting fuels such as E15," said Tim Rudnicki, executive director of the MN Biofuels.

Specifically, he said the report highlighted the work MN Biofuels did in the fields of advocacy, communications and fuel supply in the first half of 2019.

During that period, Rudnicki said MN Biofuels directly engaged with over 58 state and federal lawmakers and agency officials, delivered more than 1.5 million monthly ad impressions promoting E15 in the Twin Cities metro and continued market development initiatives with many of the 352 fuel retailers offering E15 in Minnesota.

Additionally, he said the lifting of the summertime Reid Vapor Pressure (RVP) ban on E15 had presented new opportunities.

"This year, as of May 31, E15 sales in Minnesota have hit 29.26 million gallons and with E15 now available throughout the summer, we have launched several promotional campaigns aimed at further increasing E15 consumption this year. Moreover, with E15 now available year-round, there will be new opportunities to increase the number of fuel retailers who offer E15 in Minnesota," Rudnicki said.

MN Biofuels 2019 First Half Report can be downloaded here