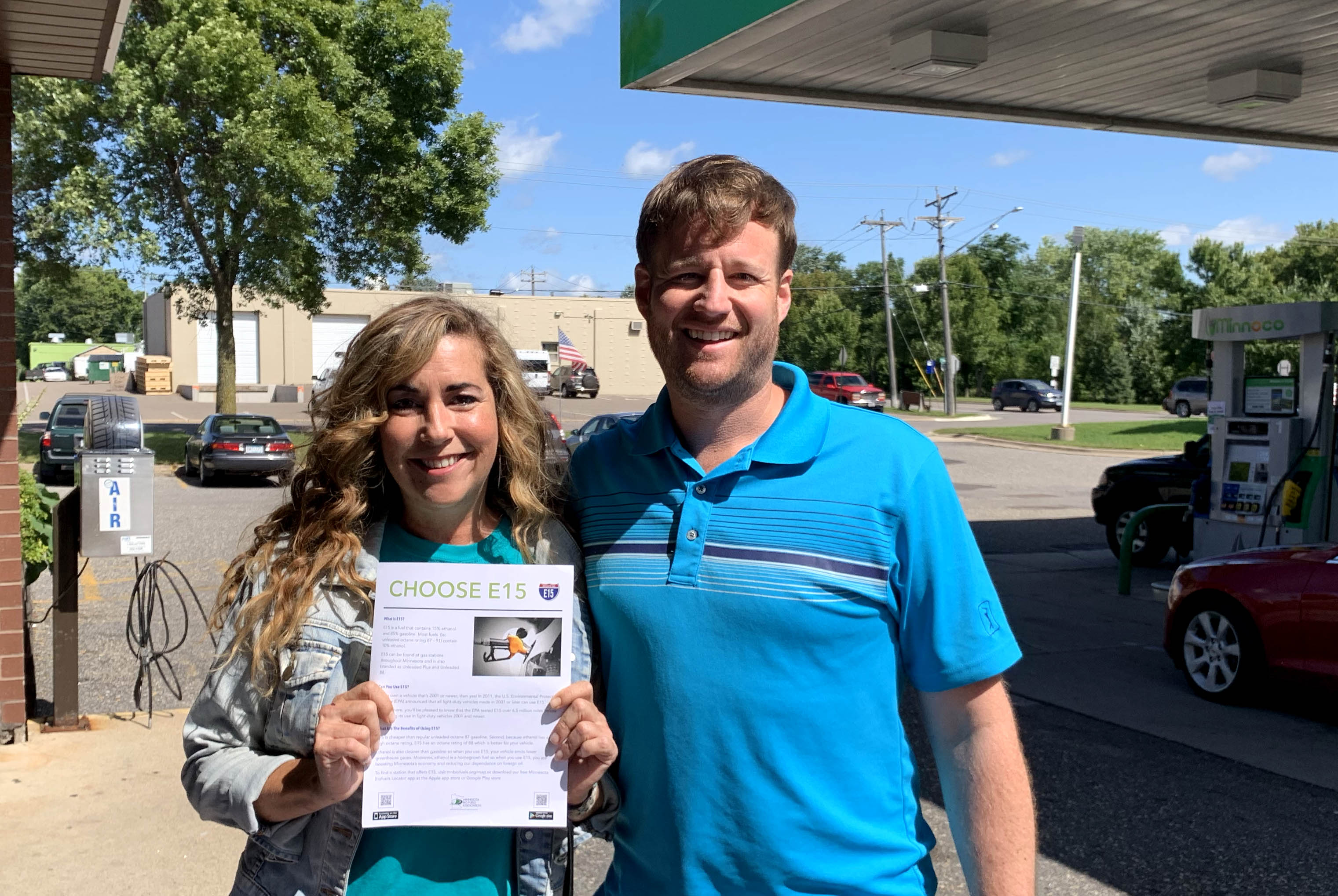 Minneapolis, Aug 28 – The Minnesota Bio-Fuels Association (MN Biofuels) and KS95 FM teamed up today to reward consumers who fueled up with Unleaded Plus (E15) at Hopkins Express Minnoco.

During the hour-long promotion from 12 pm to 1 pm, consumers who fueled up with E15 were rewarded with prizes that included tickets to the Minnesota Twins, St Paul Saints, $20 in cash, gift certificates to Arby’s, Crayola passes, gift cards to Seven Steakhouse and KS95 merchandise.

“Today’s event was the 10th time we’ve teamed up with KS95 this year at a fuel station in the Twin Cities metro to educate consumers on the benefits of using Minnesota-produced E15,” said Tim Rudnicki, executive director at MN Biofuels.

During the promotion, KS95’s personality, Bangs (Tiffany Norton), and MN Biofuels staff were at the station educating drivers on the benefits of using E15.