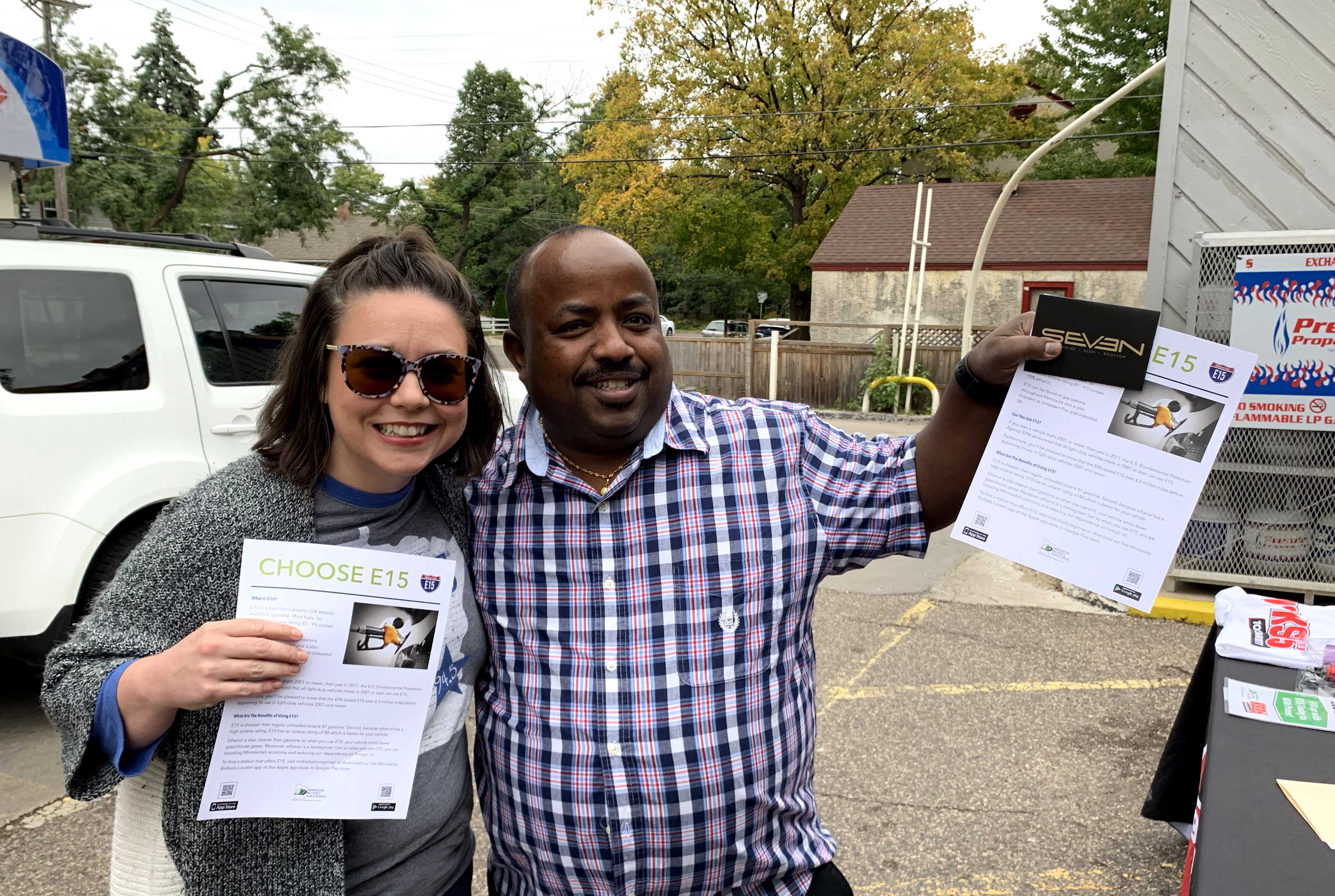 Minneapolis, October 7 - The Minnesota Bio-Fuels Association (MN Biofuels) and KS95 FM rewarded drivers who chose Unleaded Plus (E15) at the ARCO on Nicollet Avenue in Minneapolis on Oct 3 during an hour-long promotion.

During the promotion, MN Biofuels and KS95 rewarded 16 drivers with prizes that included $20 in cash, tickets to the Crayola Experience, gifts cards to Applebee’s, passes to Valley Fair, gift cards to Seven Steakhouse and KS95 merchandise.

KS95 personality, Carissa Sherman, and MN Biofuels staff were at the station during the promotion educating drivers on the benefits of using E15.

Last week’s event was the 13th time MN Biofuels and KS95 have teamed up this year to promote E15 to consumers in the Twin Cities metro.