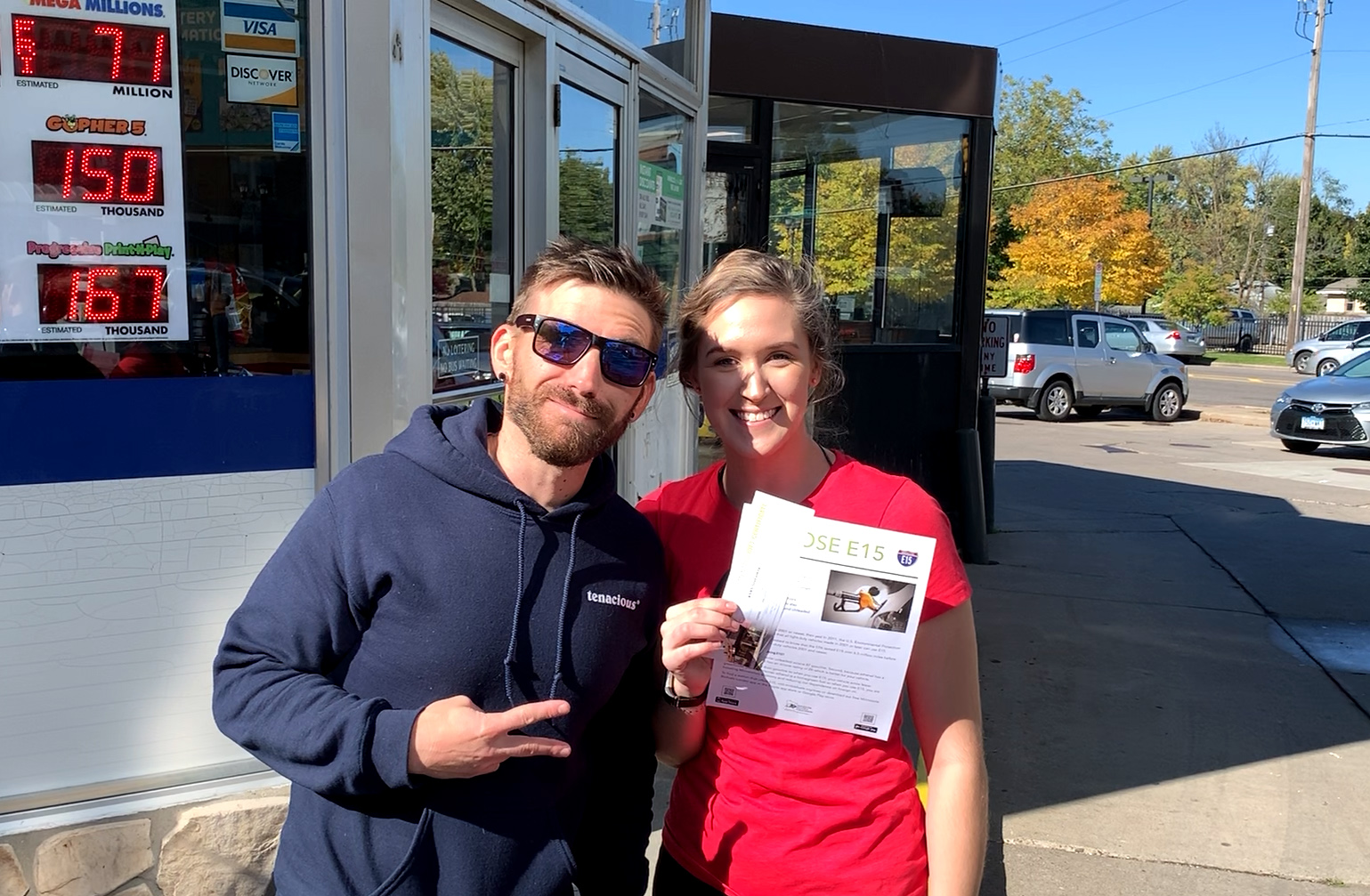 St Paul, Oct 17 – The Minnesota Bio-Fuels Association (MN Biofuels) and KS95 FM teamed up today at Highland Service Minnoco on Snelling Avenue to reward drivers who fueled up with Unleaded 88 (E15) during an hour-long promotion.

From 12pm to 1pm, drivers who fueled up with E15 were rewarded with prizes that included $20 in cash, tickets to the Crayola Experience, gift cards to Applebee’s, Herbie’s On The Park and Seven Steakhouse and KS95 merchandise.

“Today’s promotion was the 14th time this year we’ve partnered with KS95 at a gas station in the Twin Cities metro to promote E15, which is cheaper than regular gas, made in Minnesota and reduces harmful greenhouse gas emissions,” said Tim Rudnicki, executive director of MN Biofuels.