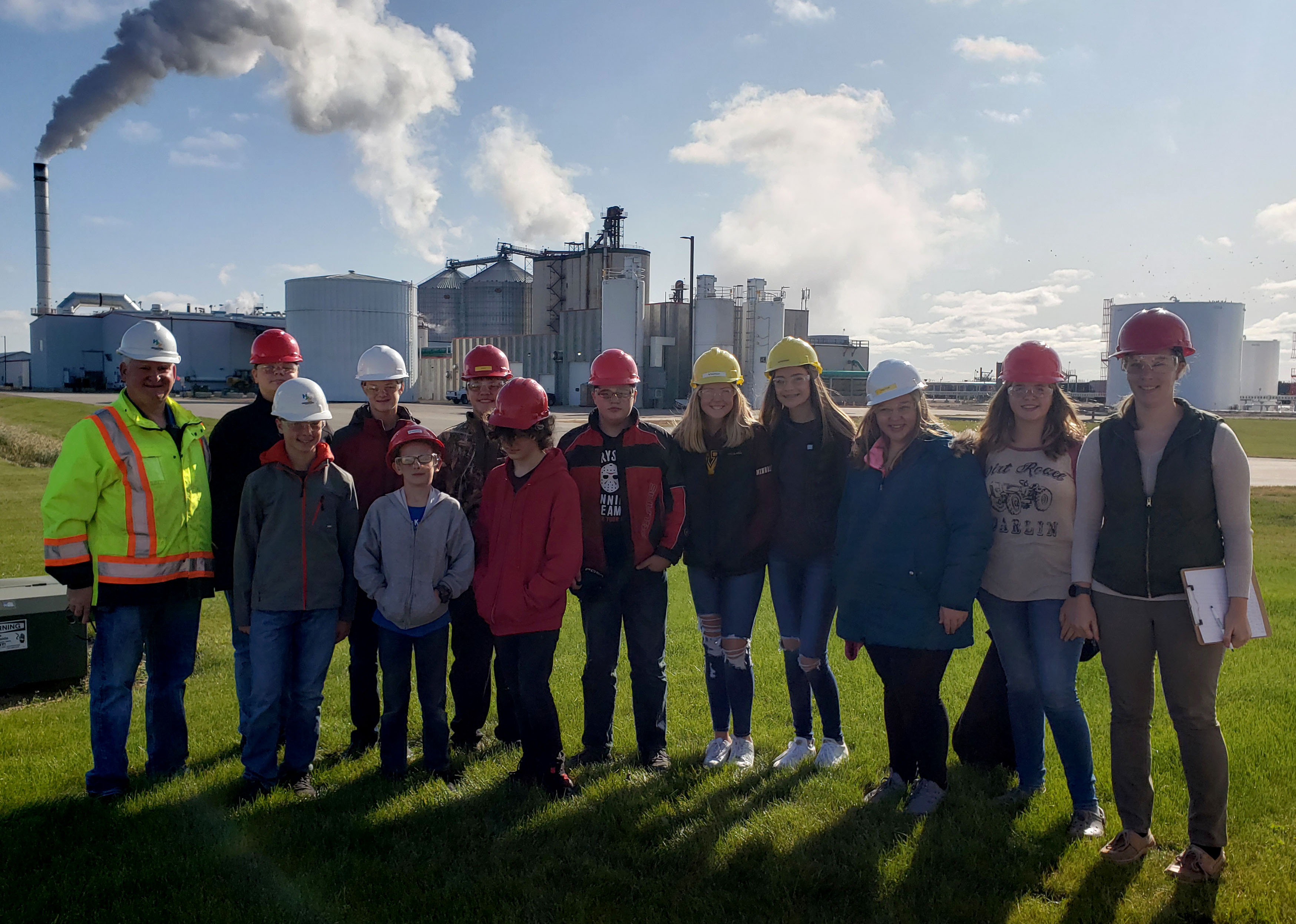 “This is the third straight year students from Red Rock Central Public School have toured our plant. Ethanol production plays a vital role in boosting the economy in Lamberton and other parts of rural Minnesota,” said Brian Kletscher, CEO of Highwater Ethanol.

The students, from the school’s Exploring Agriculture class, were briefed on the various processes of ethanol production at Highwater Ethanol, which produces 59.5 million gallons of ethanol a year.

The tour was organized by the Minnesota Bio-Fuels Association (MN Biofuels), a non-profit trade organization that represents the ethanol industry in Minnesota and sponsored by Novozymes, a global microbe and enzyme provider, and supporter of Minnesota’s ethanol industry. Highwater Ethanol and Novozymes are members of MN Biofuels.

“This tour was beneficial to see how ethanol is produced after learning about it in class. It was also beneficial to learn about careers within ethanol production, especially since we have Highwater Ethanol in our town,” she said.