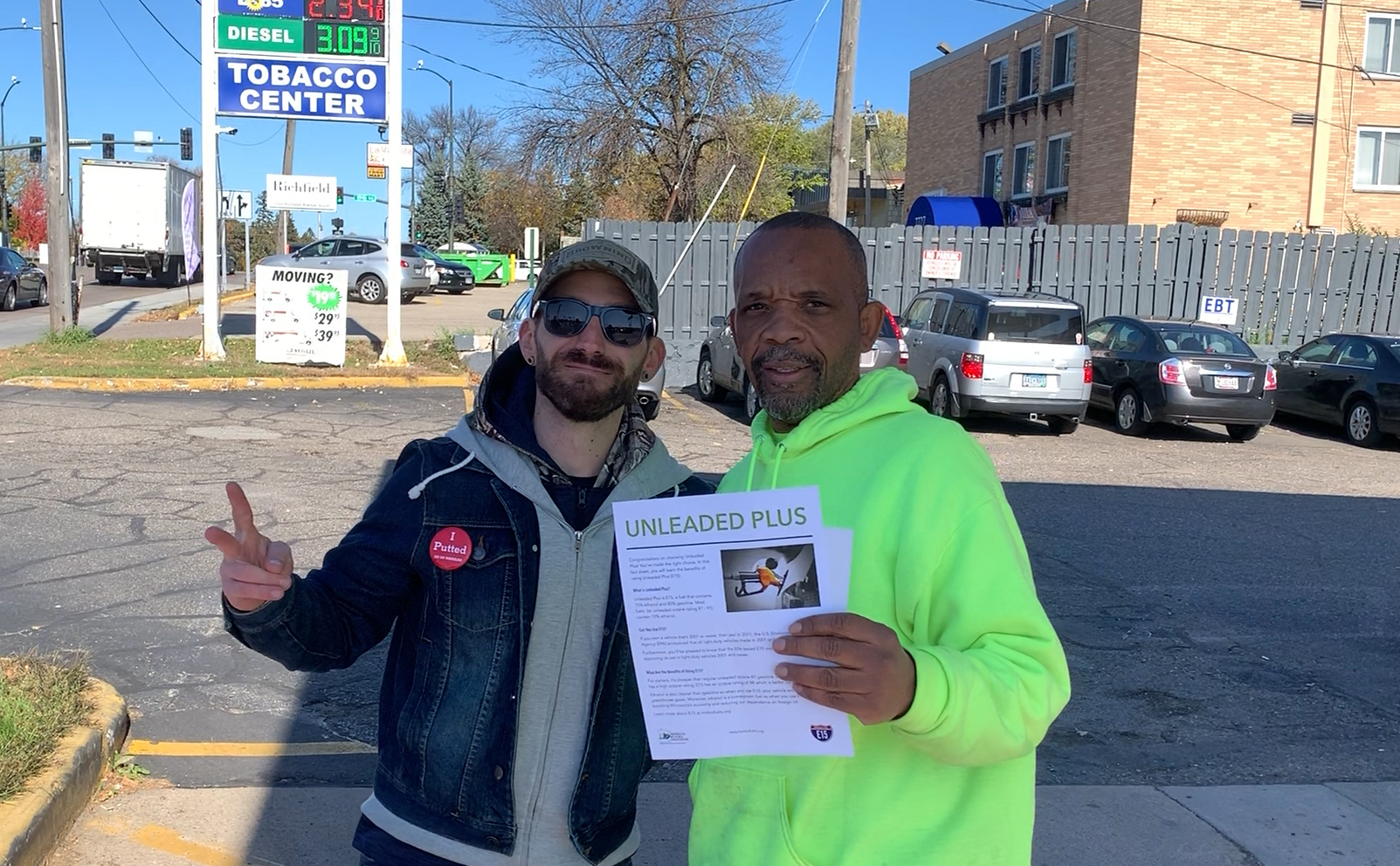 Minneapolis, October 28 –The Minnesota Bio-Fuels Association (MN Biofuels) and KS95 FM rewarded over twenty drivers who made the switch to Unleaded Plus (E15) at the Winner station in Richfield on Oct 25.

During the hour-long promotion from 12 pm to 1 pm, consumers who fueled up with E15 won prizes that included $20 in cash, tickets to the Crayola Experience, gifts cards to Applebee’s, Herbies on the Park and Seven Steakhouse, along with KS95 merchandise.

KS95 personality, Rudy Pavich, and MN Biofuels staff were at the station during the promotion educating drivers on the benefits of using E15.

“Last Friday’s event was our 15th joint-promotion with KS95 this year. Through these events, we have had the opportunity to educate drivers on how using E15 reduces harmful greenhouse gas emissions, boosts the economy in Minnesota and makes America more energy independent,” said Tim Rudnicki, executive director at MN Biofuels.

Nearly 7 million gallons of E15 was sold in August, according to the Minnesota Department of Commerce. In total, the volume of E15 sold in 2019 as of end-August was 50.57 million gallons.

The total volume of E15 sold in Minnesota in 2018 was 59.4 million gallons. There are currently 362 stations in Minnesota that offer E15. Click here to find a station offering E15.