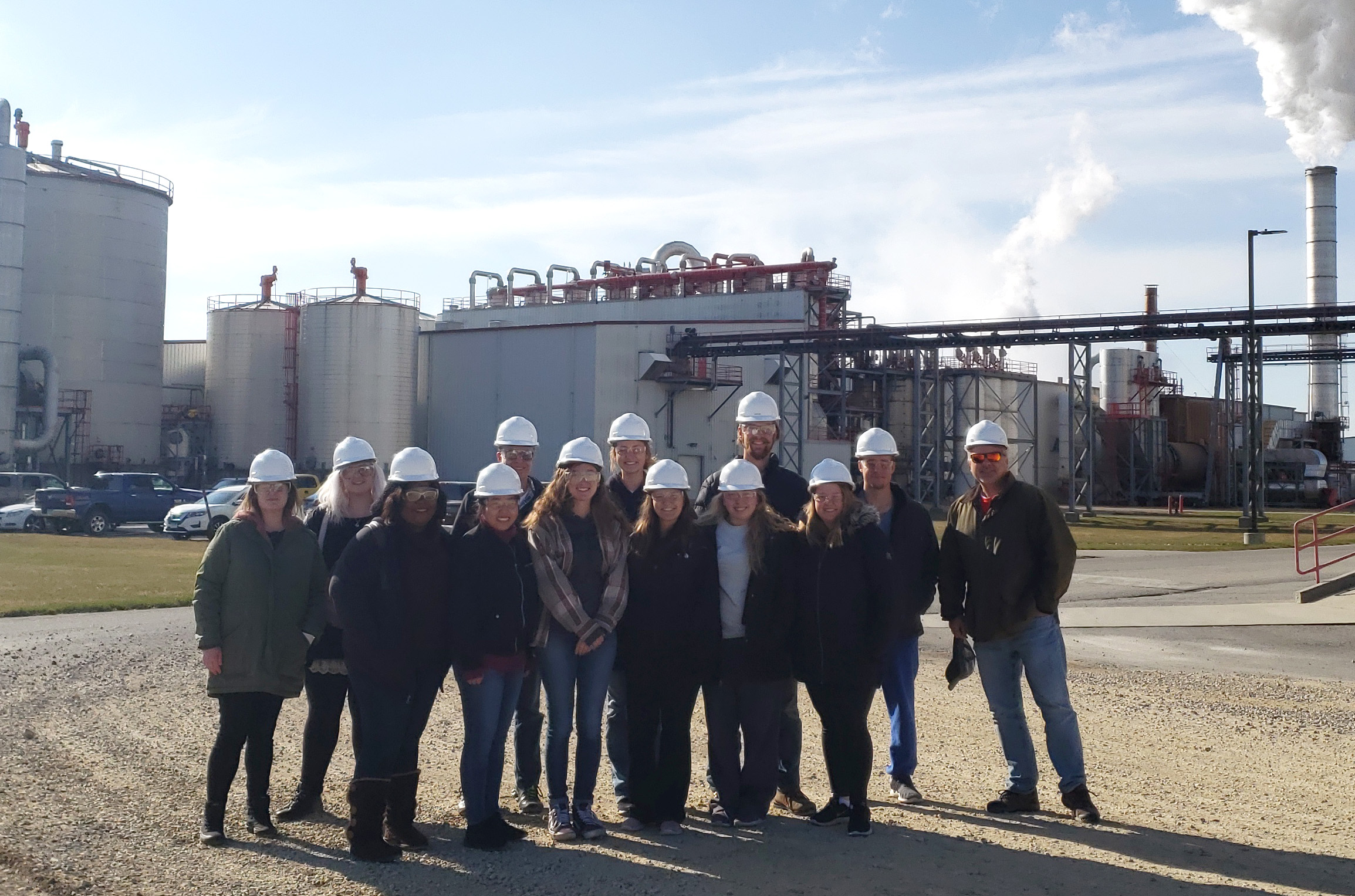 “Tours such as these educate students on the various roles ethanol plays in reducing greenhouse gas emissions, supporting the economy and improving our nation’s energy security,” said Jeanne McCaherty, CEO of Guardian Energy.

During the tour, the students, who were from the university’s Agroecology class, learned about several components of ethanol production including incoming grain grading, grain handling, fermentation, grain storage, dried distillers grain production and storage, ethanol storage and shipment.

The tour was organized by the Minnesota Bio-Fuels Association (MN Biofuels) and sponsored by Novozymes, a global microbe and enzyme provider, and supporter of Minnesota’s ethanol industry. Guardian Energy is the largest ethanol plant in Minnesota and produces 150 million gallons of ethanol a year. Both Guardian Energy and Novozymes are members of MN Biofuels.

“We appreciate having the opportunity to engage with higher education students on the finer details of ethanol production. Many of these college students may consider possible career opportunities in the ethanol industry following yesterday’s tour,” said Tim Rudnicki, executive director of the MN Biofuels.

Minnesota State Mankato biology professor, Christopher Ruhland, who accompanied his students during yesterday’s tour, said biofuels are a part of his course syllabus.

“Scaling up from a benchtop to a fully operational plant is always an impressive sight to see.  Learning about a process is one thing, but actually seeing it in action is always an eye-opener,” said Ruhland.