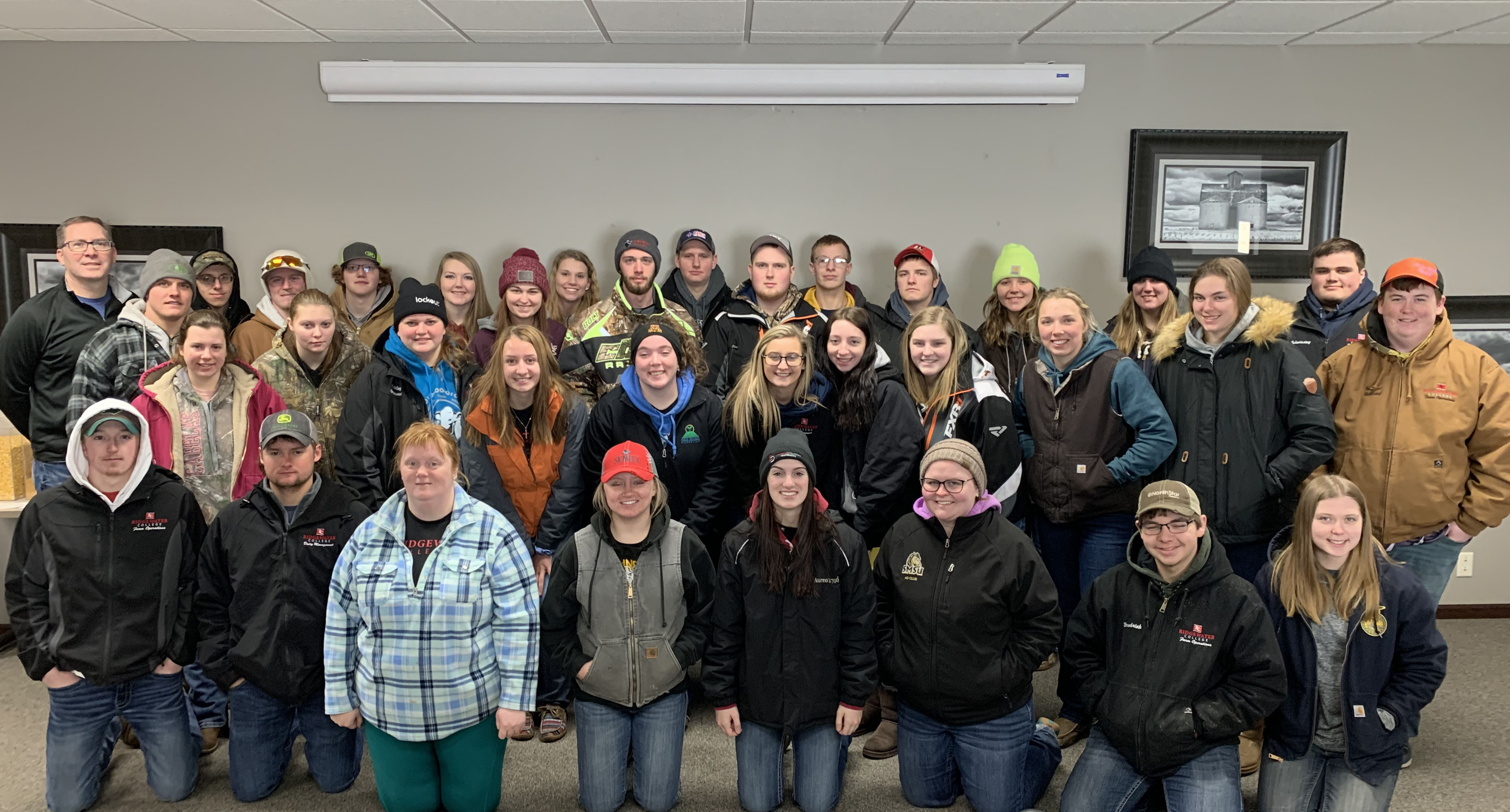 “The students were educated on the ethanol production process and its importance in reducing greenhouse gas emissions and boosting the economy in rural Minnesota. They also learned how DDGS is produced and used as an animal feed,” said Chad Friese, CEO of CVEC.

DDGS, a co-product in ethanol production, is a high-protein feed that is used by beef, dairy, poultry and swine producers. According to the USDA, one ton of DDGS is equivalent to 1.22 tons of corn and soybean meal.

At CVEC, every bushel of corn used to produce ethanol also produces 14 pounds of DDGS. The students who toured CVEC today were from Ridgewater College’s Animal Nutrition Class.

During the tour, the students learned about the various nutrient components of DDGS and its overall consistency as produced through CVEC’s processes as well as the plant’s quality assurance procedures.

“In 2019, Minnesota’s ethanol producers delivered 3.6 million tons of DDGS, which was sufficient to meet the annual feed requirements of about 2 million beef and dairy cattle, or over 80 percent of the entire inventory of cattle and calves in Minnesota,” said Tim Rudnicki, executive producer at Minnesota Bio-Fuels Association (MN Biofuels).

Yesterday’s ethanol plant tour was organized by MN Biofuels. CVEC is a member of MN Biofuels and has an annual production of 50 million gallons of ethanol.

“Many students have been to an ethanol plant but don’t understand what happens during the process. I want them to learn about the process and understand the value of by-products produced,” she said.

Yesterday’s tour was the third time Slinden has brought a group of her students to CVEC. She previously brought them in March 2019 and April 2018.