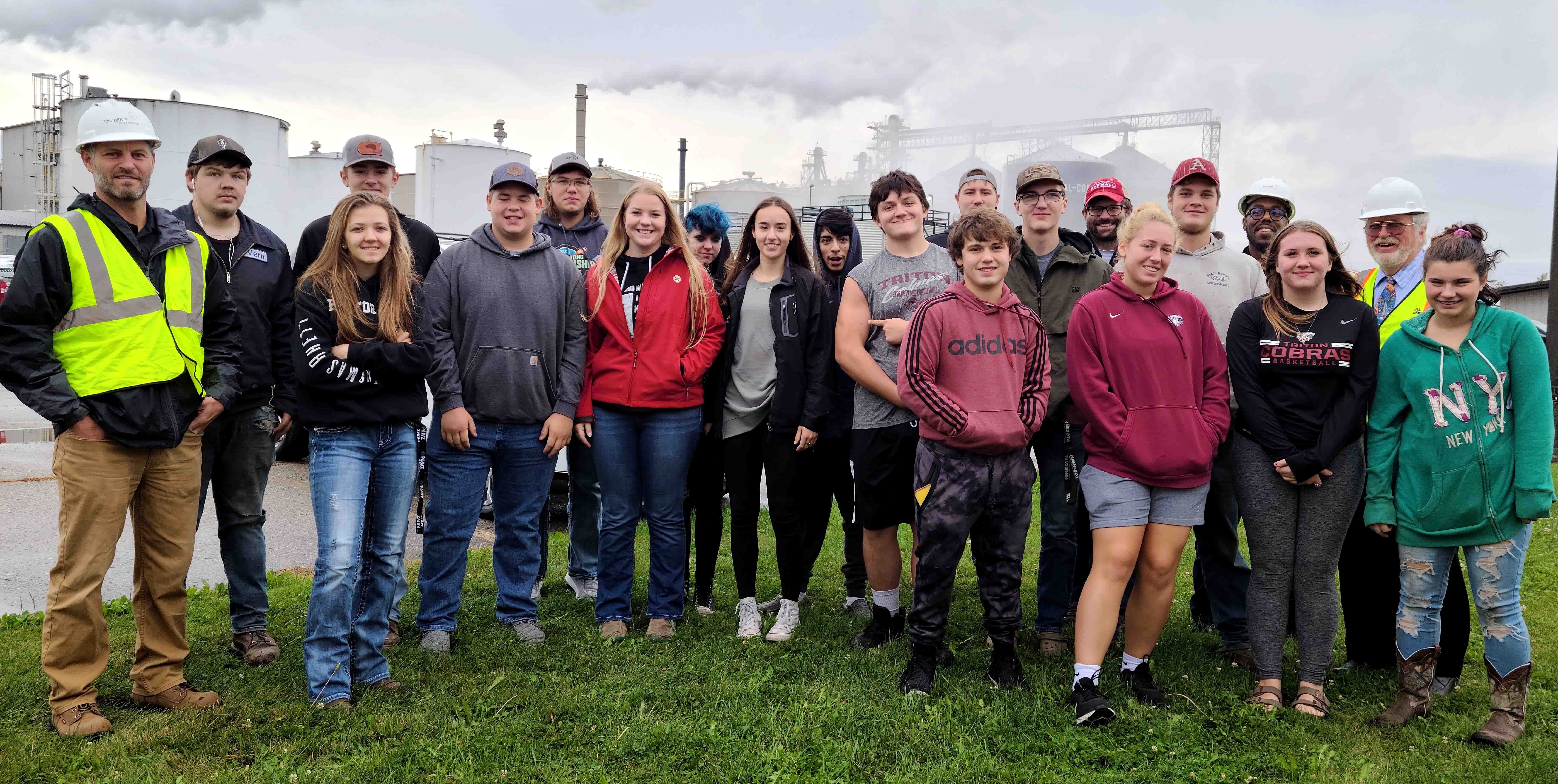 During the tour, the students, from grades 11 and 12, learned about several components of the ethanol production process including incoming grain grading, grain handling, fermentation, grain storage, dried distiller grain production and storage, ethanol storage and shipment.

“The ethanol industry plays a vital role in boosting the economy here in Claremont and its surrounding towns. By getting a first-hand look at operations at Al-Corn, students have an opportunity to learn about the technologies and processes involved in converting a homegrown ingredient into renewable, clean energy which, in turn, adds value back into our local and state economies,” said Randall Doyal, CEO of Al-Corn.

The tour was organized by the Minnesota Bio-Fuels Association (MN Bio-Fuels) and sponsored by Novozymes, a global microbe and enzyme provider, and supporter of Minnesota’s ethanol industry. Both Al-Corn Clean Fuel and Novozymes are members of MN Bio-Fuels.

“Earlier in the year, we hosted two virtual plant visits at Al-Corn Clean Fuel for students at Triton High School, so it was a welcome change yesterday to be able to bring students into the actual plant,” said Tim Rudnicki, executive director of MN Bio-Fuels.