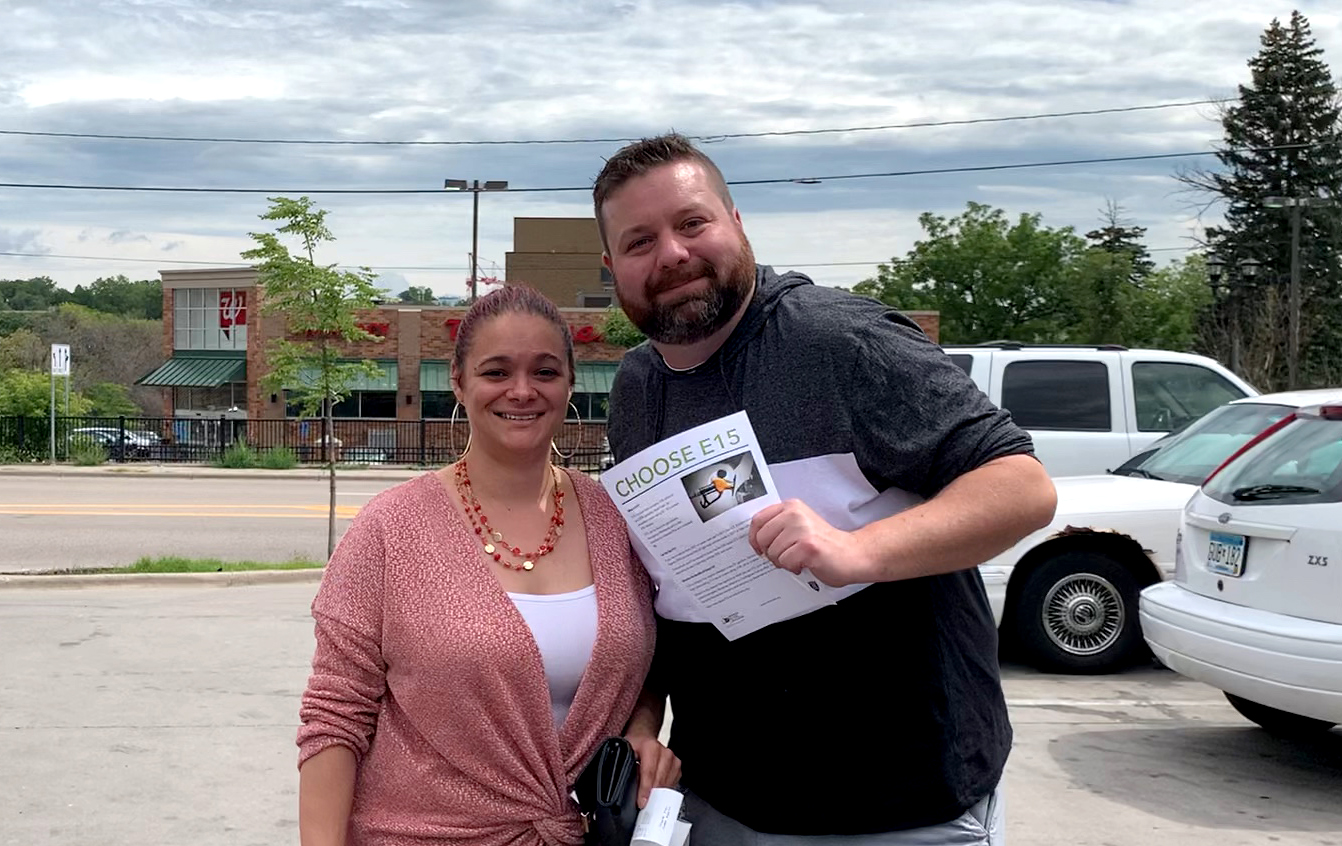 The promotion was held from 12 pm to 1 pm. Drivers who fueled up with E15 during the promotion won prizes such as $20 in cash, tickets to Minnesota United, tickets to the St Paul Saints, gift cards to Applebee’s and KS95 merchandise.

MN Bio-Fuels staff and KS95’s personality, Greg “Hutch” Hutchinson were at the station during the promotion to educate drivers on the benefits of fueling up with E15.

“More and more Minnesotans are choosing E15. In the first six months of this year, 47.16 million gallons of E15 was sold in Minnesota, 17 percent higher than the volume sold over the same period in 2021,” said Brian Kletscher, president of MN Bio-Fuels.

Today’s event was the 10th time MN Bio-Fuels and KS95 FM have teamed up this year at a gas station in the Twin Cities metro to promote E15.